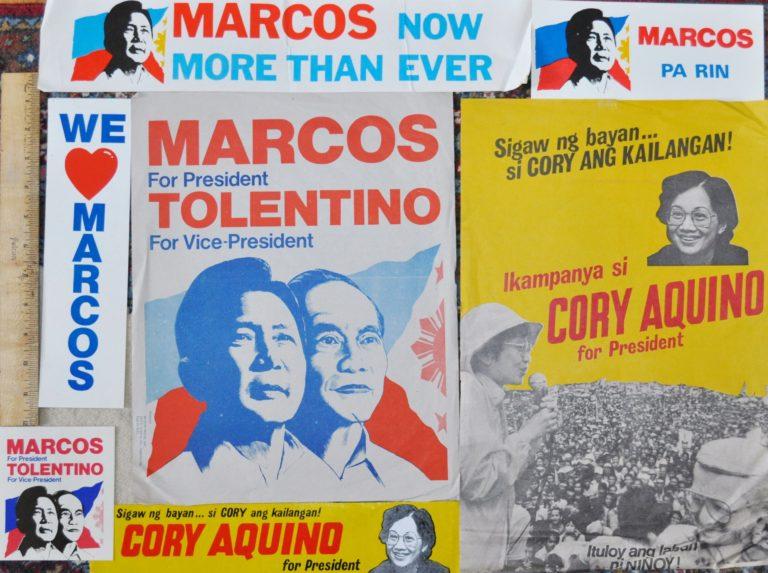 Philippine Elections: What Bongbong Marcos could mean for the EU?

With the Philippines now having the highest social media usage rate in the world, online disinformation ran rife throughout the electoral campaign, ultimately in favour of the Marcos camp – especially with many Filipinos still hailing the bygone era of BongBong’s father as a “Golden Age ” for the Philippines. In what follows we will explore what BongBong Marcos’ Presidency may have in store for Southeast Asian Relations, as well as how it may impact the EU.

The EU is the Philippines’ 4th largest trading partner and the country’s current largest foreign investor. Negotiations for an EU-Philippines free trade agreement (FTA) were launched in December 2015 but consequently stalled after Duterte came into office, mainly due to concerns regarding human rights, labour conditions and the environment. Since then the EU has remained cautious toward the Duterte presidency over his anti-drug campaign (the so-called “War on Drugs”) and casualties of the related drug raids. Since Duterte is no longer in power, this may offer prospects of  reopening FTA talks under Marcos. However, the new Marcos-Duterte administration’s foreign policy towards the EU has thus far not been clearly outlined and will need to be further stipulated over the coming weeks and months. Yet, Marcos has stated to continue President Duterte’s independent foreign policy approach: “[W]e will continue what President Duterte has started, what has been described as an independent foreign policy”, a policy coined by President Duterte and promoted as maintaining the integrity of the Philippines as a middle power.

International eyes will be fixed on the BongBong presidency and both its domestic and foreign policy approach, with many hoping him to be a more measured leader. Duterte’s “War on Drugs” has come under heavy criticism due to the thousands of casualties, primarily from urban poor households. In 2016, Duterte ran for President on a campaign that promised to revitalize Filipino society by tackling corruption and crime, particularly focusing on drugs and drug trafficking. The police had limited oversight and were given special powers so as to carry out the War on Drugs. Such accusations prompted the International Criminal Court (ICC) to hold  preliminary examinations into Duterte’s anti-drug campaign. As a result, Duterte withdrew the Philippines from the ICC’s Rome Statute and stated that the Court would “never take [him] alive.”  Nevertheless, in July 2021 the Philippine Supreme Court ruled that any crimes perpetrated during the time the statute was in place, would still be eligible for ICC investigation. As of September 2021 the ICC’s Office of the Prosecutor subsequently initiated a full investigation. Then, in November 2021, Philippine government officials requested the investigation to be deferred so as to allow for them to conduct their own investigations and court proceedings, arguing the court can only assert its jurisdiction after domestic legal and judicial instruments have failed. After the ICC granted the deferral, it will now be up to BongBong to decide on the further proceedings.

BongBong Marcos has asked the world to not judge him on his ancestors’ actions as he intends to be judged by his own. Yet, throughout his campaign he did very few interviews, and distanced himself from the issues surrounding his family’s wealth. This left many wondering how the state’s investigations into his family would continue under his rule. With the incoming First Family likely to avoid efforts made by the Philippine government to recover some of the wealth accumulated during their time in office, this has left some to question how such democratic processes will proceed under the new Marcos Presidency.

ASEAN, the EU and the Philippines

While Bongbong’s foreign policy attitude is yet to be fully revealed, he is likely to continue many of the policies outlined during the Duterte presidency, including persing better relations with China. However, with China’s activity in the Philippines’ exclusive economic zone in the South China Sea, anti-China sentiments in the Philippines are on the rise. Marcos stated that he will assert the 2016 decision at The Hague that rejected China’s claim over the South China sea in favour of the Philippines’ claims. However, in order to fulfill some of his campaign promises he may need to attract investments from China. Altogether, BongBongs statements towards China seem somewhat contradictory. The sentiment towards China within the Philippines has become relatively negative due the issues involving the South China Sea. The Marcos administration will have to toe the line between public opinion and the potential for investment. Even with tensions increasing in the South China Sea, Marcos Jr. has declared China as the Philippines’ “strongest partner“. This move appears somewhat contradictory as it appears to undermine his campaign statements that he would  “not allow a single millimeter of our maritime coastal rights to be trampled upon”, creating a question of how involved China will be in the Philippines.

In the midst of these tensions, there is little doubt that Brussels will be looking to improve its ties with Manila after its rocky relationship with the previous administration. However, the question is how the EU and the Philippines will approach their partnership under the new Marcos government. For the EU, relations with the Philippines are critical to the pursuit of a more active engagement in the Indo-Pacific. The region is a critical connector for European trade to and from Asia and “current dynamics in the Indo Pacific have given rise to intense geopolitical competition, adding to increasing pressure on trade. How this will be shaped under the new Philippine administration thus remains to be seen.

Since 2021 The Philippines is the ASEAN coordinator for Dialogue Relations with the EU, a position it will keep until 2024, making Manila the first point of contact for Brussels in its dealings with ASEAN. This means that the relationship between the EU and the Philippines is set to become more significant under Bongbong Marcos’ rule. While the EU prioritises matters including the rule of law and human rights in its relationship with the Philippines, Bongbong may have other prime concerns.

Former president Duterte failed to have China deliver on its promises and increase funding for his “Build! Build! Build!” campaign’s infrastructure projects. Notwithstanding, BongBong is set to continue the program and to turn to China for economic assistance. Whether or not China will deliver on its promises may hence determine whether he can pull off this closer shift towards the Middle Kingdom, or whether public opinion may halt it.

Securing funding from the EU may be low on the list of priorities as Marcos Jr has yet to issue any statement on forming an alliance with the EU, even though they are a strong trade partner for the Philippines. Equally consequential for the new President is the Philippines’ position as a beneficiary of the EU’s GSP+ preferential trade scheme, which grants zero-tariff trade for thousands of goods, and which is up for review at the end of 2023. This GSP+ review is even expected to increase the numbers of conventions and may cause additional difficulties for its beneficiaries.

To maintain its standing in GSP+, Manila must present a credible plan of action and prove that it has implemented the scheme’s 27 international conventions on human and labour rights, good governance and the environment by the end of 2023. If it is found in breach of any of these conventions, the EU may be powered to withdraw GSP+ status from the Philippines. On 30 May 2022 the EU ambassador to the Philippines met with Marcos and issued a statement welcoming Marcos’ wish to enhance the partnership between the EU and the Philippines, touching on the Philippines’ GSP+ status. They also discussed the EU’s extensive participation in the socio-economic development of the Philippines, sustainable energy and governance matters. The EU ambassador thereby stressed the importance of transparency, accountability, the rule of law and the respect for human rights within their bilateral relations. Leading up to his official inauguration on 30 June 2022, Marcos Jr. has appointed his Cabinet, which includes a number of renowned economists and technocrats, in reassurance of the business community. With a number of companies looking to move their manufacturing elsewhere in Southeast Asia due to the uncertainty following the government’s poor handling of the COVID-19 pandemic, questions raised on the effectiveness of Philippine government policies and the widening wage gap, business confidence will need to be restored. Some reports have been critical of the new cabinet, citing that some individuals may lack the required experience to lead their respective ministries, or whose judgement may be compromised due to their personal affiliations.

Although the Marcos family has been in power before, this is nevertheless a new era for Philippine politics. With such a high majority of votes the Philippines appears to be placing their hopes in Marco Jr., leaving the world in hope for him not to squander it.
As it is just the beginning of the new Marcos-Duterte administration, it is difficult to predict what future road the two will lead the Philippines down on. Their political family inheritance has given rise to both criticism and expectations, while their steps and political decisions will be closely followed and monitored. Although many are unsure if Marcos’ domestic policies will be much different from his predecessor, there is a general sense for his foreign policy approach to be somewhat different. Defense analyst Derek Grossman expects that “ Marcos is likely to tweak Duterte’s foreign policy just enough” so as to avoid some of his predecessor’s pitfalls. The question is how his policies will serve the Philippine people and how Marcos’ foreign policy blueprint will affect relations with the EU and partners in the region.