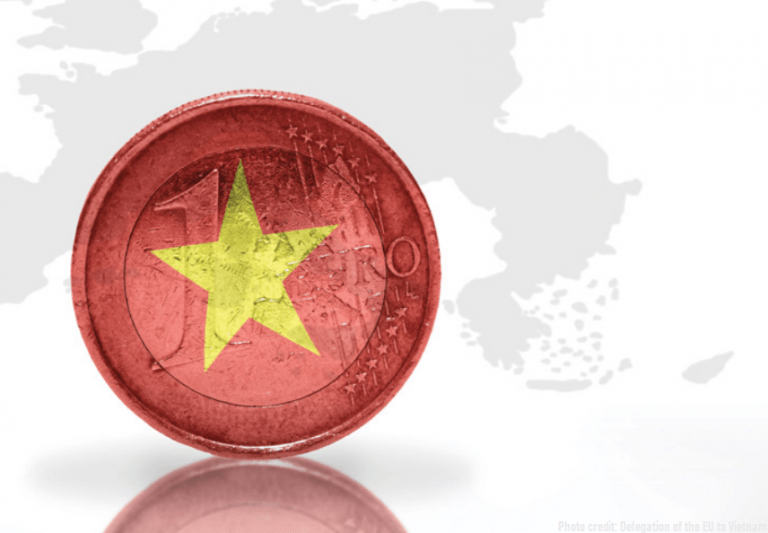 Viet Nam as a stepping stone for EU-ASEAN trade

Following the Viet Nam-EU Partnership and Cooperation Framework Agreement (PCA), the EU-Viet Nam Free Trade Agreement (EVFTA) and EU-Viet Nam Investment Protection Agreement (EVIPA) were concluded by the European Council on 30 March 2020. The EU and Viet Nam signed these agreements on 30 June 2019, after which the Vietnamese National Assembly (Quốc hội Việt Nam) gave its approval of both on 8 June 2020, and the European Parliament on 12 February 2020. Both agreements are yet to be ratified by the EU Member States.

The agreements are expected to enter into force on 1 August 2020. After Singapore, Viet Nam is the second country among the Association of Southeast Asian Nations’ (ASEAN) members to seal off such agreements with the EU. The agreements represent greater affinity between the EU and the ASEAN region.

The initial objective of these agreements was to improve the commercial dimension of bilateral relations between the EU and Viet Nam, eliminating 99% of tariffs and additional taxes on goods traded between Viet Nam and the EU. The timing for these agreements to enter into force could not be better, as Viet Nam’s economy has been severely impacted by the COVID-19 pandemic, giving the national government a strong incentive to prompt recovery and economic growth. According to the Vietnamese ministry of Planning and Investment, the EVFTA is expected to augment Viet Nam’s GDP by 4.6%, and its exports earmarked for the EU market by 42.7% by 2025.

A market liberalisation of this extent is remarkable for an ASEAN country, in particular due to the following main features of the FTA:

The EVFTA is seen as a new generation bilateral agreement. It includes a clause dedicated to Intellectual Property Rights (IPR), which may turn to be an important source of revenue for licensing and franchising. Another indicator is a clause regarding trade and sustainable development which covers investment in renewable energy and the implementation and safeguarding of all four International Labour Organization (ILO) pillars: (i) freedom of association and right to collective bargaining; (ii) forced or compulsory labour; (iii) child labour; and (iv) non-discrimination in respect of employment and occupation.

Sealing the EVFTA will give a noticeable impulse to several Vietnamese export sectors. The commitment to protect investors in a comprehensive, decent manner is a major advantage for Viet Nam in a regional perspective, offering a competitive advantage compared to other ASEAN members.  Additionally, through an agreement like the EVFTA Viet Nam shows it continues to demonstrate its global ambition by embracing sustainability.

Despite the economic benefits, concerns regarding human rights have been raised, mainly from EU NGOs. In early 2020, 28 prominent NGOs wrote a letter to the European Parliament, urging the postponement of their consent to the agreements, until the Vietnamese government would meet concrete and verifiable benchmarks to protect labour and human rights.  According to the Human Rights Watch, “Viet Nam did little to improve its abysmal human rights record in 2019,”. Further, several MEPs highlighted that their approval would come amidst a worsening human rights situation. Despite these concerns the agreements were still granted approval. Yet, it is still important for Viet Nam to respond to these criteria. The EU is namely only the fifth largest source of Foreign Direct Investment (FDI) in Viet Nam. To see the desired increase of European direct investment, Viet Nam should amend its legal framework regarding compulsory labour and human rights treatment.

Along with the expected economic benefits and aim to promote sustainable development in Viet Nam and the EU, Viet Nam could serve as a gateway, allowing the EU to expand free trade relations to other ASEAN countries. The growing economic prosperity in the ASEAN member countries is gradually attracting large amounts of FDI in a variety of sectors, while becoming increasingly interesting for EU investment. The EU’s former Trade Commissioner Cecilia Malmström highlighted that the EVFTA and EVIPA could ‘pave the way’ for agreements with other ASEAN Member States.

Europe’s progressiveness to construct agreements like these with Viet Nam and Singapore, does not necessarily mean that the EU will be able to arrange similar agreements with other countries in ASEAN, or with ASEAN as a region-to-region deal. The reluctant view of the ASEAN countries on the EU, could hinder a future deal. In this regard, ASEAN officials have stated that they ‘‘need to see more clearly the advantages of a block deal’’, prioritizing regional cooperation and integration.

The EU-Viet Nam agreements are in line with the EU-Singapore trade and investment protection agreements, which was given consent on 13 February 2019. Hence, also in line with the broader interest of the EU in the ASEAN region. Step-by-step negotiations for agreements with individual South-East Asian countries seems a more feasible approach than the wider regional trade agreement which was previously on the table and which looks unlikely to be advanced upon in a short-term.

Negotiations with other ASEAN countries are on the agenda, although many negotiations are on hold, and some have not even started at all. Negotiations with Malaysia have been stalled for years due to the thorny issue of the EU plan to phase out palm oil-based biofuel by 2030. Negotiations with the Philippines have stalled due to alleged human rights abuses. Negotiations with Thailand stalled a year after it began in 2013, due to the Thai military coup. Currently, the only active negotiations take place with Indonesia, which is painstakingly progressing, similarly to Malaysia because of the palm oil issue.

The EU is willing to work out new trade deals in the ASEAN region, but as European former Commissioner for Trade Cecilia Malmström mentioned in late 2018 ‘‘ trade policy must be led by our values’’, which is happening as, current Commissioner for Trade Phil Hogan mentioned in early 2020 that ‘‘The EU-Viet Nam agreement (…) goes beyond economic benefits. Once in force, these agreements will further enhance our potential to promote and monitor reforms in Viet Nam’’.

Simultaneously procuring the EU’s desire to support the international order through market power, at a time where other world powers like the U.S. and China are continuing disrupting it, fostering renewable energy in Viet Nam’s economy while improving labour and human rights situations, form a constructive outcome in sealing the EVFTA and EVIPA.