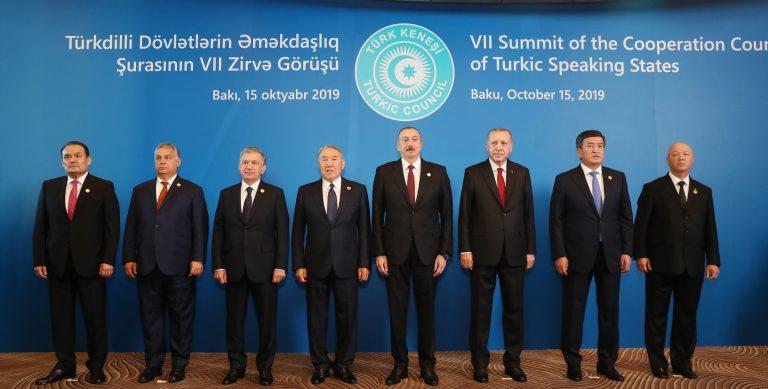 On 14 September Uzbekistan formally ratified the Nakhchivan Agreement and applied to become a full member of the Cooperation Council of Turkic Speaking States or Turkic Council. Exactly one month later on 14 and 15 October Uzbek President Shavkat Mirziyoyev attended the 7th Summit of the Turkic Council in Baku. This summit marks the 10th anniversary of the organisation and Uzbekistan’s admission to the organisation as a full member state.

Uzbekistan’s accession to the Turkic Council represents a positive, if not tentative step for the country towards greater cooperation and integration with its Central Asian neighbours and beyond. Indeed, this is the first regional organisation Uzbekistan has joined since it became a member of the CSTO in 2006, an organisation it later left in 2012. Uzbekistan’s entry into the Turkic Council would seem to solidify its foreign policy shift from a focus on bilateralism under former President Islam Karimov to an increasingly multi-lateral approach under the administration of President Mirziyoyev.

That said, Uzbekistan’s decision to join the Turkic Council could also be seen as a statement of intent, with the goal being an intensification of bilateral relations with the Council’s most populous member state, Turkey. The two nations have been engaged in a period of renewed cooperation since President Mirziyoyev came to power in 2017 and the two heads of state met again at the Turkic Council Summit. Presidents Mirziyoyev and Erdogan discussed joint investment projects as well as other aspects of political and economic cooperation. Turkey will also be encouraged by the support for its military operations in Northern Syria that was expressed in the form of a joint declaration at the summit by the membership of the council.

The Turkic Council once again agreed to a deepening of relations between Turkic-speaking states and laid out plans for increased economic cooperation, with a particular focus on small and medium sized businesses at the 7th Summit. The Council has set out ambitious economic integration plans before, but this sector of cooperation has typically been overshadowed by elements of political and cultural collaboration. With this accession, Uzbekistan becomes the second most populous nation in the Turkic Council and perhaps this could prove to be the spark the organisation needs to begin enacting its wide-reaching plans for regional economic integration and cooperation.

Historically, economic cooperation within the Turkic Council has been limited to regional tourism projects, though this is an area of industry which Uzbekistan is keen to develop and should benefit from with its new membership. President Mirziyoyev extolled the significance of Uzbekistan’s landmarks and cultural heritage at the Turkic Council Summit, praising the role of the travel industry in bringing together countries and peoples. Uzbekistan also expressed its desire for enhanced regional transport links at the summit, with a particular interest in routes to Europe and the Middle East through Azerbaijan and Turkey. The logistical and economic benefit of such integration is clear for Uzbekistan which has been hindered by its remote geography and consequent distance from major transport routes.

Membership of the Turkic Council does not afford its members any tangible exclusive benefits, but it does foster better relations and a strengthening of ties with nations of a common, shared heritage. Uzbek accession and participation in its first summit of the organisation is thus an important milestone on the country’s foreign policy journey. Whether Uzbekistan will build on this approach by joining the dominant regional economic organisation, the Eurasian Economic Union, remains to be seen.