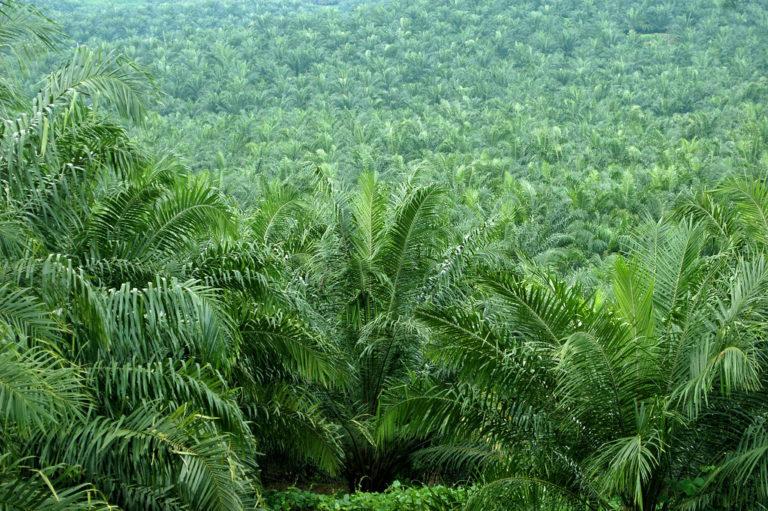 According to the World Wide Fund (WWF), the EU was responsible for destruction of 16% of the world’s forests vis-a-vis “imported deforestation” in 2017 alone, meaning that almost one sixth of EU imports of raw materials and commodities are associated with deforestation. This ranks the EU as one of the world’s largest contributors to deforestation, second only to China and ahead of India and the US. It was not a surprise when the European Parliament rushed to adopt a resolution calling for regulatory action in 2020 to halt and reverse EU-driven global deforestation, which was soon followed by a proposal for a draft regulation by the European Commission in 2021. The move is an important part of the EU’s broader strategy toward deforestation-free value chains adopted in 2019 which became an integral part of the bloc’s flagship Green Deal.

The draft regulation specifically aims to ensure that only products proven to be deforestation-free are sold on (or exported from) the EU market by targeting six “relevant commodities” which are claimed to embody the highest share of the EU’s imported deforestation and carbon emission, namely wood, coffee, cocoa, palm oil, cattle, and soy. This also includes their “relevant products,” meaning goods that contain, have been fed with, or have been made using these commodities, such as leather, chocolate, and furniture. Companies and operators must carry out a series of mandatory due diligence checks to demonstrate that these relevant commodities were not grown on deforested or degraded land after 31 December 2020 (even if it is considered legally produced in its country of origin). This process will also be linked to a three-tiered country benchmarking system, whereby countries with past cases of deforestation linked to the commodities will be categorized as “high-risk”. The EU member states would be responsible for enforcement of the law, including the imposition of penalties or confiscation of goods in cases of non-compliance.

The Commission’s impact assessment estimates that the proposed regulation would save approximately 71,920 hectares of forest and 32 million tonnes of carbon emissions annually. Environmental non-governmental organizations (NGOs) and civil society organizations (CSOs) both inside and outside the EU have enthusiastically welcomed the proposal, even urging further expansion of its scope to include ecosystems other than forests and other commodities with major links to natural destruction, such as pork, poultry, rubber, and maize. Unfortunately, less talked about are the potential spillover effects the regulation may have on vulnerable communities such as farmers and smallholders of the targeted commodities who are already more at risk of deforestation to begin with.

The human cost of sustainable production

The Commission argues that the key to a just and sustainable economy lies in its due diligence approach, whereby traceability of the commodities must be shown using geo-localization. But the cost of such due diligence requirements can be heavy. In many cases, the burden of the obligation is transferred to the end of the value chain (in this case, farmers and smallholders) where there may be fewer resources and less technical capacity for implementation.

In practice, geo-localization means digitally pinpointing the exact plot of land where a product was grown or harvested. This requires farms and plantations to be mapped with exact GPS coordinates and cross-checked against satellite images for evidence of deforestation. While the European Parliament claims it would consider alternatives to geo-localization, like polygon mapping, equipment for such precision farming technology can generally cost up to 100,000 USD. These rigorous due diligence requirements will potentially devitalize small businesses (SMEs) and place smallholders at a heavier risk of facing a major narrowing of their already relatively small profit margin. It will also likely reduce trade opportunities for SMEs or startups, which could have a long-term impact on increased impoverishment.

Smallholders (especially women) are some of the most marginalized actors in global supply chains, even though they produce one third of the world’s food supply, including coffee, cocoa, and palm oil. Smallholders often depend on large operators to purchase their products and set their selling price. Yet, the due diligence requirements risk bearing a disproportionate burden for them to be pushed out of the market. To effectively halt deforestation without causing further harm to vulnerable communities, the regulation should enforce a just transition.

Executive President of the Colombian Federation of Palm Oil Producers, Nicolás Pérez Marulanda, stated that the requirements are unrealistic, particularly for commodities like soy and palm oil. While coffee or cocoa can be traced back to its beans using various modern technologies such as blockchain, palm oil is typically processed in mills which blend palm fruit from several different farmers altogether. A single batch of oil could contain fruit from different areas with varying levels of deforestation risk, including areas which are considered risk-free.

The singling out of certain commodities which are only produced by certain countries (such as palm oil, for which the EU relies 100% on imports) potentially imposes trade discrimination and risks breaching established World Trade Organization (WTO) rules. Impacted developing countries have raised strong concerns that it could lead to a downward spiral of trade distortion and generate diplomatic tensions. In late July 2022, ambassadors of 14 countries across Latin America, Africa, and Asia (including Indonesia and Malaysia) signed a joint letter urging the EU institutions to reconsider the ‘discriminatory and punitive’ nature of the proposed regulation.

The letter highlights how the regulation’s scope of products and its subjective country benchmarking system focuses on penalizing developing producer nations instead of bolstering the conservation of forests. Moreover, definitions of the term ‘deforestation’, the retroactive cutoff date for what is considered ‘deforested land’, as well as the abrupt transition period (12 months for large companies and 24 months for smaller ones) were unilaterally decided after minimum consultation with third countries.

To this end, the regulation seemingly disregards the multilaterally agreed principle of ‘common but differentiated responsibilities’ inscribed in the Paris Agreement, under which the impacted countries have committed nationally determined contributions (NDCs) including elements to reduce or limit greenhouse gas (GHG) emissions. To purposefully overlook these facts would be to neglect local conditions, national legislations, as well as efforts and progress developing countries have made in their own fight against deforestation.

Indonesian Palm Oil Association (GAPKI) Chairman, Joko Supriyono, criticized the regulation as a ‘protectionist ploy aimed at blocking palm oil imports’. He advised that the EU should instead pursue ‘genuine cooperation’ with producing countries to ensure consumers have access to essential foods at reasonably low prices and high sustainability standards. On the contrary, the current draft regulation would only increase prices, despite products becoming more sustainable along the way.

As the world economy is slowly recovering from a global pandemic against the backdrop of an ongoing war in Ukraine, inflation for basic foods and energy prices have been hitting new record highs. Given the current rising rates in Europe (9.8% in July 2022 from just 2.5% the year before), it is more than likely these could accelerate further when the regulation is enforced. While public support for the regulation in the EU appears to be strong, agencies conducting public opinion surveys tend to omit its potential effects on the local food supply and consumer prices, emphasizing instead on its mandate for companies. With 64% of Europeans believing big businesses are responsible for preventing deforestation, it would be difficult to imagine consumers saying not to support the regulation.

The European Commission, the Council, and the Parliament are expected to further deliberate on the draft regulation before it is ought to be finalized by the end of 2022 and passed by 2023. The Commission conducted a public consultation in 2020 where a majority showed support of the due diligence approach. Although it was also opened to third-country stakeholders of the targeted products, 68.9% of its respondents were European whereas those coming from producing countries such as Malaysia, Indonesia, and Vietnam remain low in comparison. As top world producers of palm oil, coffee, and cocoa, they strongly believe their views of the ramifications of such unilateral legislation have been met with scarce consideration – most of all that the proposed regulation poses a fundamental challenge to existing multilateral WTO rules.

Urgent action to save the planet should not just be about box ticking, the main goal is to improve the livelihood of everyone for the longer term. Effective protection of the world’s forests, a sustainable global supply chain, and equitable socio-economic prosperity of humankind go hand in hand. The EU should include the voices of producing developing countries and address current flaws in the draft. Subsequently, it should open more opportunities for substantial, constructive dialogues with these parties to reach a better approach through cooperative means before finally passing the regulation.