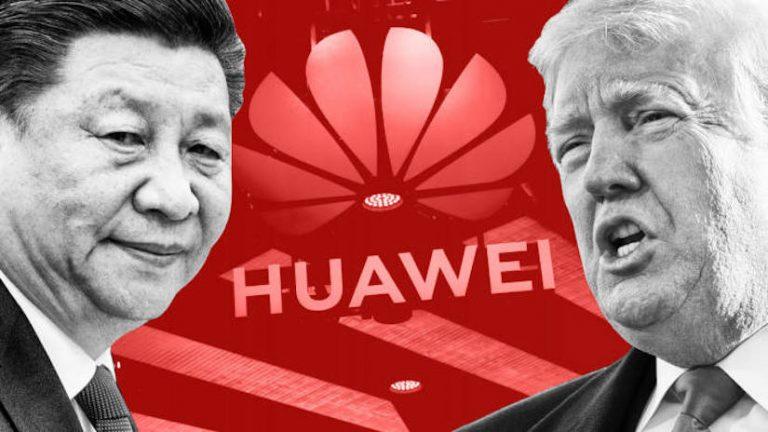 As trade tensions with the U.S. intensify, Chinese President Xi Jinping is reverting back to the strategy of Mao Zedong. Initially concerned with accommodating U.S. demands, President Xi is now more worried about domestic critics and gearing up for a protracted struggle. Many see the U.S. as having the upper hand, but the Chinese government may have more “stamina” to withstand the sanctions.

It remains to be seen whether the trade dispute between the United States and China is headed for another escalation or an easing of tensions. The next direct meeting between the two sides is set for the G20 summit in Osaka on June 28-29, but it is already apparent that the room for manoeuvre to avoid a comprehensive trade war is diminishing.

The reasons for Beijing’s abrupt turn in early May, when it stiffened its position after the 10th round of bilateral trade negotiations, are manifold. During early negotiations, China’s team apparently tried to move toward President Trump’s position: for example, by agreeing to bring China’s economy closer to internationally accepted economic rules.

However, President Xi was coming under intense internal pressure, especially from opponents and rivals within the Chinese Communist Party. Unlike Deng Xiaoping, President Xi cannot shrug off these risks, because he does not yet enjoy full authority in the party. Even if his personal leadership style is miles away from charisma.

This still-precarious position made China’s president cautious about handling the issues raised by his American counterpart. That is why Mr. Xi decided to drastically trim the draft agreement submitted by the Americans from 150 pages to 105 pages. Though he claimed sole responsibility for the cuts, President Xi’s nervousness was shown by his hasty summons of the entire Politburo on May 15 to “discuss” the revised document. Only when all 24 Politburo members decided unanimously in favour of the new draft could President Xi comfortably present it as a consensus decision.

As trade tensions intensified in the days that followed, Xi Jinping showed a noticeable affinity for Mao Zedong. Like Mao, he tried to solve new problems with old methods borrowed from the revolutionary era. Terms like “class struggle,” “mass line” and “long march” were revived in an apparently deliberate echo of Mao’s old-time thinking and leadership style.

It is true that the trade conflict with the U.S. could give liberal-minded officials like Deputy Premier Liu He a little extra leeway when it comes to reform, but only in the economic sphere and only to a limited extent. What is equally plain is that President Xi is determined that there will be no further political opening to the West.

Another tactical consideration for the Chinese leadership is their calculation that a gruelling trade war could lead to problems in the American economy, thus turning voters against President Trump when he seeks re-election next year. In such a case, it could even be advantageous for China to prolong the trade talks.

This runs contrary to the common view that the Americans wield a bigger stick in the trade dispute. This is certainly true if only the material costs are calculated. However, forecasting on this basis would almost certainly lead to the conclusion that China will give in soon – an extremely unlikely outcome.

Thanks to its authoritarian political system and the vast internal resources it can mobilize, China can sit out the negative effects of an escalating trade war longer than the Trump administration. The pressure on President Trump to cut a deal with Beijing before his re-election campaign kicks off seems correspondingly high. If he doesn’t succeed, plans for a second term may come to nothing.

The Chinese government’s newly published White Paper on the trade talks has corroborated this conclusion. On the one hand, Beijing is still striving for a deal compatible with its own core interests; on the other hand, it will “never compromise on major issues or principle” and is “not afraid” to fight a trade war if necessary, even if it proves very costly for both sides.

In this context, President Xi’s visit to a rare earths production site last month was a significant gesture. His clear intention was to warn the U.S. that China will not hesitate to play the natural resources card, even if it means curbing American chip production. We also know that if the economic situation were to deteriorate noticeably for the Chinese population, Beijing is ready to impose news blackouts and censor the media even more rigorously. The authorities are more than capable of retaining control, at least for the time being. Nevertheless, in the long run Mr. Xi risks losing credibility, especially in regard to realising his “Chinese dream”.

Sino-American tensions are not totally irredeemable. Both sides are still striving for an agreement, the only question is what it should look like.

There should be no illusions, however, that the Chinese leadership will alter its development strategy. Beijing remains wedded to its policy of building “national champions” like Huawei, which has brought it international success. China will continue to seek “short cuts,” especially through the (mostly covert) forced transfer or simple theft of technological know-how from foreign companies. It will not agree to eliminate subsidies, especially to state-owned enterprises.

The leadership in Beijing is convinced that only “asymmetric,” non-market-economy approaches will enable it to catch up with the developed industrial nations and even overtake them in the foreseeable future. This is the essence of President Xi’s grandiose “Made in China 2025” plan to upgrade the country’s industries. It is precisely this strategy that the Trump administration wants to break. A deal only seems possible if Washington moderates its demands on China and turns a blind eye to the implementation of new rules. At present, however, it is hardly to be expected that this will happen.

As far as Huawei is concerned, the conflict over the Chinese high-tech player has already gone beyond the scope of an orderly trade war. For Mr. Xi, Huawei is the spearhead of China’s global mercantilist expansion. Thanks to the sophisticated use of Western technologies and human resources, the company’s products are so highly developed and competitive that they have already partially fulfilled the dream of a new great China.

All this helps explain why Beijing’s stake in Huawei is so high. No other administration in the history of the People’s Republic of China has so massively backed a single company. Think of the two Canadians who were arrested as “spies” in retaliation for Canada’s detention of a senior Huawei executive (and daughter of the company’s founder) in Vancouver, following an American request for extradition.

In some ways, the Huawei case is even more important than the trade war. Beijing is convinced that the future belongs to whoever controls 5G technology. Accordingly, despite U.S. sanctions, the Chinese government will support Huawei and the domestic semiconductor industry unflinchingly.

Nevertheless, Trump’s executive order against Huawei will have dire consequences for China’s telecommunications giant. Western suppliers, whose know-how is almost irreplaceable, are forced to turn away. Following Google’s example, the British chip manufacturer ARM Holdings has already declared that it will no longer license new products for Huawei.

If such ostracism holds, Huawei will have a diminished chance to establish itself in the Western world with 5G. Certainly, it would retain China’s huge market and prospects for expansion in Asia, Africa and Latin America. If the Trump administration does not relent on Huawei, then the global 5G market will very likely separate into two spheres: one Western and one non-Western. The race between China and the West on politically sensitive future technologies has only just begun.

On the other hand, we know that Donald Trump likes to be disruptive. That means Beijing can always hope to be pleasantly surprised by a sudden reversal from Washington. Either way, we can expect the trade conflict to enter a new phase by the time the G20 convenes in Osaka later this month. Chances are, there will be an agreement or a drastic deterioration in relations between the two great powers.

Even if an agreement is reached, Huawei cannot expect to be let back into Western markets for key 5G components. In addition, the U.S. will be increasingly on guard against China around sensitive technologies. Uncertainties regarding the future technological standard of Huawei will lead to a dramatic shrinkage of its European market share, in both the smartphone and the 5G segments. That alone would be devastating for the company, since Europe accounts for more than 15 percent of its total revenues.

In global terms, the Sino-American conflict has already changed the economic environment. An increasing outflow of capital from China is noticeable. Last year, 15,000 super-rich Chinese emigrated to the U.S., Australia and Canada. This trend is only intensifying. More and more foreign companies, including those from Taiwan, are relocating production from China to Vietnam, Indonesia or the Philippines. Currently, 40 per cent of American companies operating in China are planning to relocate production out of the country. Many of China’s neighbours are now benefiting from the resultant reshuffling of supply chains.

The trade war is forcing Europe to make a choice. Some would say it offers a great opportunity to devise a more deliberate China policy. While trust between Washington and Beijing has plunged to its lowest point in the last 30 years, The recent visit by the Vice President Wang Qishan to Berlin indicated this that China regards European markets as a lifeline. Europe’s capital-poor or export-dependent economies also need China as a trading partner. In the first quarter of 2019, European exports to China rose by 11.3 percent.

This unique position suggests that Europe will take a nuanced approach. China is an important trading partner, but at the same time a technology rival and even an opponent in terms of ideology and claims to geopolitical and global clout.

Finally, it is important to realize that Xi Jinping is strongly convinced that the strength of Chinese technology can compensate for the weakness of the Chinese Communist Party’s soft power. The CCP knows that the West is distancing itself from China precisely because of its ideology and its governance model, but not because of its

advanced and affordable technologies. Certainly, for the party leadership, cutting-edge digital technologies are merely a tool that can be easily deployed. Their adoption simply makes authoritarian rule stronger than ever before.

These considerations will probably pull Europe two ways. On Huawei, EU member countries can be expected to modify the American ban by allowing the Chinese company to take part in 5G network construction. At the same time, there may be strategies formulated with the purpose of excluding Huawei from work on the core 5G network, since Chinese companies with close ties to the CCP will not be regarded as trustworthy.

In fact, this is exactly how China treats foreign companies in its domestic 5G market. Ericsson and Nokia have been allowed as carriers, but their market share is limited (less than 15 percent) and they are de facto excluded as suppliers of key components. The EU will act in reciprocal fashion toward Chinese suppliers.

The EU’s core countries will send even clearer political messages to Beijing, as with the German government’s recent decision to grant asylum to two activists from Hong Kong. At the same time, the bloc will try to patch up its trade conflict with the U.S., making efforts to find a soft-landing solution.

Even so, developments could go in a different direction. If transatlantic trade relations fail to improve or even deteriorate, anti-American sentiment in Europe will grow. In that case, the national governments could be forced to seek a compromise with emotional populists and profit-oriented industries seeking to import more digital products from China. In the medium and long term, this would be a serious threat to the EU’s competitiveness in critical technologies.