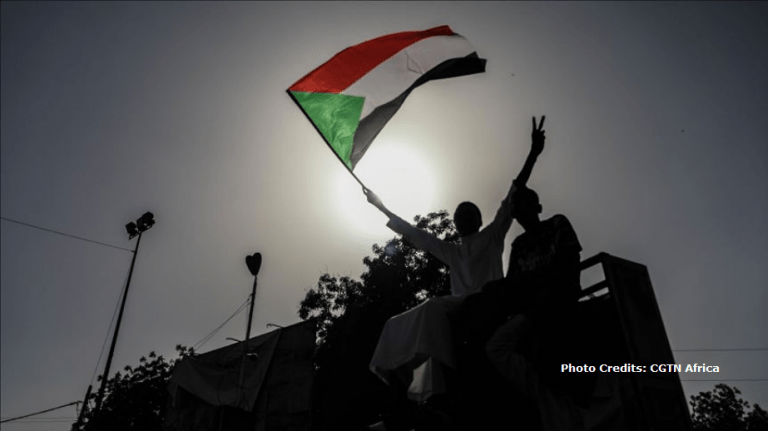 11 April 2019 marked a turning point in Sudan’s history with the ousting of al-Bashir, ending his 30-year-long de facto totalitarian rule.

Despite Sudan being endowed with large oil wealth, the Sudanese government under al-Bashir faced difficulties in strengthening and diversifying the country’s economy. The mismanagement of the oil industry and its revenues, along with long-lasting internal conflicts, had put a strain on the country’s economic development. In addition, Sudan had lost three quarters of its oil wealth following South Sudan’s independence in 2011. Ever since, Sudan has been experiencing a stagnation in oil production due to the maturation of some of its oil fields. What is more, despite their partial removal in 2017, the US’ 1997 and 2007 unilaterally imposed sanctions for human right abuses, allegations of terrorism, destabilization of neighbouring countries, and violent actions in the conflict in Darfur, have been restricting the number of potential sources of grants, credits, loans, know-how and technologies to Sudan. They have also been limiting the export destinations of Sudan’s crude oil and, in general, of its goods, services and technologies.

The deep inequalities and high poverty rates resulting from Sudan’s fragile economy and austerity measures sparked month-long street demonstrations against al-Bashir in late 2018. This lasted until Lieutenant-General al-Burhan was put in charge of Sudan’s two-year Transitional Military Council in preparation of the promised shift to civilian rule. After months of further clashes between protesters pushing for democratisation and the new military rule, a transitional government headed by Prime Minister Abdalla Hamdok took office in September 2019. This came as a result of a three-year power-sharing accord between civilian representatives, the military and protest groups.

Although the country is still undergoing a political transition, recent events represent a watershed moment for Sudan. Not only has it led to changes in internal affairs, which will – in the best-case scenario – enable the shift towards elections and civilian rule after decades of isolation from the Western world. It has also paved the way for other states and international actors to get back into the game, as mediators, aid providers, as well as in other roles.

For instance, after US oil company Chevron abandoned its operations in 1992 due to Sudan’s unsafe environment and internal instability, other European and North American firms were forced by Western civil society to cease their business under a government responsible for violence and human rights’ abuses. As a result, some Asian companies stepped in, providing Sudan with the necessary infrastructure to extract, transport and refine its oil. These initiatives made Sudan not only an effective oil producer, but even sub-Saharan Africa’s fifth and then third greatest producer by 2000 and 2007. Three Asian state-owned companies played a dominant role: CNPC from China, Petronas from Malaysia and ONGC Videsh from India. All of them had their most important overseas investments and profits in Sudan in the 2000s and their activities encouraged their home countries to engage also in sectors other than the oil industry, as well as in enhanced political and diplomatic dialogue. As a result, under al-Bashir’s rule trade and financial transactions between Sudan and Western – or Western-oriented – economies remained limited in general, with the United Arab Emirates (UAE), China, Saudi Arabia, India and Egypt as Sudan’s top export destinations and China, the UAE, India, Saudi Arabia and Russia as its top import origins.

In particular, by the early 2000s China had become Sudan’s major investor and lender. By the late 2000s it had also become the country’s largest donor of aid and development assistance, as well as its number one trade partner. In turn, Sudan had become China’s third most important African trading country. Even though oil maintained a central role in China’s economic engagement in Sudan, Chinese investments and aid were increasingly directed towards the transport, hydropower, agriculture and service sectors. China also played an important role in political matters. After the Comprehensive Peace Agreement (CPA) was signed in 2005 by Khartoum and the southern Sudanese Sudan People’s Liberation Movement (SPLM) to bring the second Sudanese civil war to an end, China cooperated with the African Union, the UN Security Council and other guarantors of the CPA to prevent further political instability and fragmentation in the region. China’s mediatory role between Khartoum and the International community proved to be crucial also amid attempts to stop the violence in Darfur, where China also sent military personnel to join the UN-led peacekeeping operation since 2007. Although not as significantly as China and applying different approaches, other Asian states upheld relations with Khartoum. Above all, India, Malaysia, but also Japan and South Korea, despite maintaining a low profile preserved their relations. Russia as well, had promoted security cooperation and trade in natural resources with Sudan since the early 2000s.

Yet, since al-Bashir’s deposition and the formation of the transitional government, the EU has committed to offer Sudan technical support in carrying out democratic and economic reforms, reinforcing stability and peace, and delivering humanitarian and development assistance. Even though the US is still cautious and has not taken further steps to normalise relations with the country, some overseas leaders, such as French President Macron, have voiced their support for Sudan’s removal from the US list of state sponsors of terrorism. This would enable Sudan to access debt relief and financing from international financial lenders such as the International Monetary Fund and the World Bank.

Even though the African Union (AU) had been playing an active role as mediator in issues pertaining Sudan and had not backed the International Crime Court (ICC) arrest warrant for al-Bashir, the installation of Sudan’s new government convinced the AU to lift the three-month long suspension of the country’s membership of the bloc and is likely to promote less conflictual AU-UN relations. Sudan’s hostile relations with South Sudan are also likely to improve in view of Sudan’s recent political changes.

In conclusion, doors are open for an increasingly multipolar geopolitical landscape in Sudan. Yet, although China – and other Asian powers – might lose their centrality, this does not imply that their relations with Sudan will be weakened, or that there will be intensified competition in the political sphere with the EU or other Western powers. In particular, Beijing has already sworn support to Sudan’s new government through official meetings and the assistance provided in the launch of Sudan’s first satellite. In fact, already at the time of South Sudanese secession, China proved to be very pragmatic and flexible, showing that a country’s internal stability is more important – and more beneficial for its business – than the loyalty to one leader.

In the economic sphere, Sudan’s call for investments in the oil fields and potential Western companies’ re-engagement might instead lead to higher competition. However, Asian companies have proven to be highly adaptable throughout Sudan’s troubled history, as they have managed to maintain their foothold not only in Sudan, but also in South Sudan, which before independence had been very hostile to them. At the same time, given the not-so-promising outlook of Sudan’s oil sector, not many Western companies may be interested in venturing again in Sudan now or in the near future. Leaving aside the oil sector, Sudan has a great unexploited potential in the agriculture and food industries, in sea transport infrastructures, in hydro- and solar power and in the banking and financial sectors, which represent important sources of diversification for the economy and will possibly attract investments from more varied countries and institutions.

Whatever the future may hold, recent internal events and the renewed attention by the international community, undoubtedly give Sudan a chance to enrich its pool of international partners and possibly to reform itself economically and politically.

As one the largest country in Africa – the largest until South Sudan formally separated in 2011 – Sudan hosts a very diverse society in terms of ethnicities and religions. The great cultural differences between regions and the economic and political marginalisation of the peripheral areas have been at the basis of the country’s complex post-colonial history, where an unequal and inefficient use of oil wealth in part fuelled long-lasting internal conflicts. Now the country has the opportunity to make a change and pursue a more inclusive and, thus, durable development.