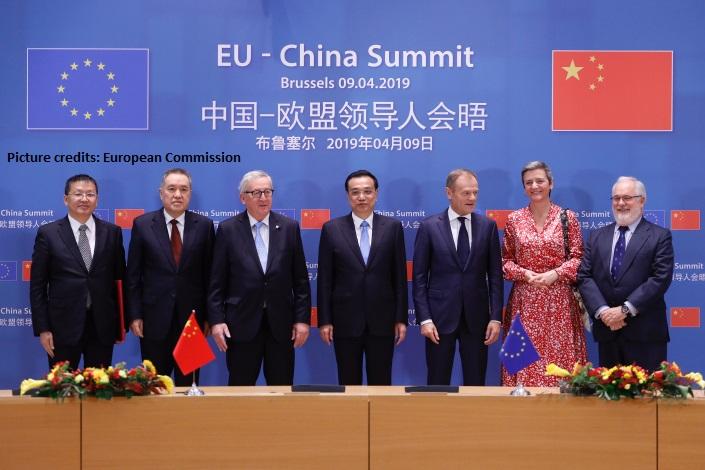 On 7 October 2019, the hearing of the Executive Vice President-Designate – with the specific portfolio of “Europe Fit for the Digital Age” – Margrethe Vestager took place in the European Parliament. During the hearing, Vestager, who will hold the double portfolio “digital and competitiveness”, stressed how in the digital field the EU should not follow the US, nor China, but shape its own path backed by its own core values. Furthermore, Vestager highlighted some of the main targets of her mandate: a new Digital Services Act to regulate how companies collect our data; a strategy on Artificial Intelligence within the first 100 days of the Commission; and taxation of big digital companies like Google or Facebook.

The digital agenda represents one of the six key areas individuated by the Commission President-elect Ursula von der Leyen in her political guidelines for the upcoming Commission. A further definition is included in the Mission Letter to Vestager of the 10 September 2019, in which digitalization is considered a crucial sector to be developed in order to reach a strategic autonomy for the EU. In this regard, it is relevant that the first point of the Mission Letter asks Vestager to work together with the Vice-President for Economy on an EU industrial strategy.

The linkage between the digital agenda and the efforts to set an industrial strategy represents a shift in approach of the EU in respect to the past. The Digital Europe programme, launched last June by the European Commission, plans to invest EUR 9,2 billion in the digital sector as part of the next Multiannual Financial Framework. It demonstrates the EU ambition to strengthen its global competitiveness, reshaping at the same time the relationship with its biggest trade and economic partners.

Among them surely figures China, which in the last years has noticeably increased its presence on the European markets. China has massively invested in the European industry, peaking to a staggering EUR 37,2 billion in 2016. The investments made in the European digital sector represent a significant slice of the total amount, mounting to EUR 11,8 billion in 2016 and, following the Chinese Government grip on outbound capitals and measures set by EU members to scrutinize foreign investments for political and security concerns, EUR 4,8 billion in 2017.

Beyond the numbers, it is important to understand that this trend was not reciprocal: while the Chinese investments were vast and concerned many critical sectors – particularly in the digital sphere – China’s FDI restrictions have remained among the highest in the world and European firms remain discouraged or blocked to enter the Chinese market. Moreover, the EU Strategy on China published last March by the European Commission has defined China as a “cooperation partner” as well as a “systemic rival”.

It is no coincidence that Vestager was also assigned Commissioner for competitiveness. During her hearing in the European Parliament she highlighted many of the points included in the EU-China Strategy, setting out a more assertive EU approach towards China. For instance, Vestager’s remarks on the importance to defend European companies from foreign state-owned players or foreign enterprises which receive state subsidies is a priority included also in the strategic outlook on China. Furthermore, the important requests to reform the World Trade Organization’s (WTO) anti-subsidy rules and to establish an International Procurement Instrument (IPI) to restrict access to European public procurement for foreign companies in case of a lack of reciprocity were also emphasised by Vestager.

Finally, the new EU digital agenda makes it a priority to achieve cyber sovereignty in developing joint standards for 5G networks, while special attention will be given to Chinese telecommunications companies like Huawei or ZTE, circulating among the most favourite to roll out 5G in Europe in the coming years. In this regard, the outgoing Commission has already made some steps in the right direction, implementing for instance, an EU investment screening framework. Even though it is not as strong and invasive compared to the ones in place at the EU Member States’ level, the new framework has nonetheless the merit to implement an instrument at the disposal of the EU Member States to coordinate and communicate potential security risks from investments in critical infrastructures by external players.

In order to rebalance the economic relationship between the EU and China, both sides will have to collaborate to enhance their partnership. As stated in the 21st EU-China Summit Joint Statement of last April, it is fundamental that both sides will conclude the negotiations of the EU-China Comprehensive Investment Agreement (CAI), an agreement that is expected to  improve  Chinese market access for European investors and will be inspired by the principle of reciprocity between the two actors. Furthermore, many expectations rely on the new Chinese Foreign Investment Law (CFIL), the new framework adopted in March 2019 by the Chinese government that aims to affirm (for the first time) the principle that domestic investors and foreign ones should be treated uniformly.

Nevertheless, despite the good intentions, it is yet to be seen if these measures will effectively be implemented by the Chinese government: the CAI is still under negotiation and it is not possible for now to assess how strong and broad the CFIL negative list of Chinese economic sectors will prove to be off-limits for foreign companies. Over the next years, the incoming European Commission and Vice President-designate Vestager will play a crucial role in developing a stronger EU ready to address the new digital era and its challenges, equipped to compete with foreign digital companies, maintain its technological levels and guarantee the cybersecurity of its Member States.