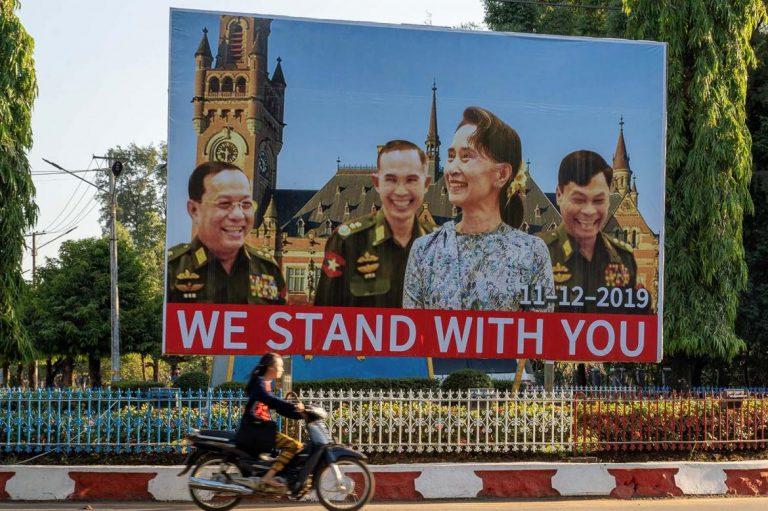 The Myanmar 2020 Election – A Way Out or a Democratic Disillusionment?

On 8 November 2020, general elections will be held in the Republic of the Union of Myanmar. For the second time since the 2011 democratic transition, citizens will be asked to cast their vote. Despite observers and academics entrusting the National League for Democracy (NLD) victory, the nascent democratic system will surely be challenged. Myanmar’s framework is, indeed, still profoundly complex and fragile. Questions about the 2008 Constitution, the Tatmadaw’s (the Myanmar Armed Forces) influence, fair ethnic representation, hate speech, internal displacements and the armed conflict in Western Myanmar are surely going to be put at stake. In a country like Myanmar, with 135 ethnic groups, having seen 49 years of military domination and the ongoing displacement of the Rakhine people, these issues do not come without controversy in the run up to elections.

When talking about Myanmar two very different stories can be discerned. The first is the story of a  former British colony, Burma, which obtained independence in 1948 and remained under authoritarian rule for five decades. In 2011, it embarked on a democratisation process, triumphing with the 2015 victory of the NLD and its national hero, Aung Sun Suu Kyi. Since then, the country has experienced a substantial transformation. Backed by enormous public support, 79% of votes, Aung Sun Suu Kyi initiated an agenda with national reconciliation and the military government’s repulsion as crucial priorities. Accordingly,  the NLD government signed  the Nationwide Ceasefire Agreement  in 2015 and initiated a campaign to reform the 2008 constitution, which guarantees to the Tatmadaw 25% of seats in three levels of legislative bodies along with a de facto veto power on constitutional amendments.

Such transition did not only occur in political terms. Since 2015, the country has also improved in press freedom, international openness and internet access. The 2015 election, with more than 3000 observers, extensive media coverage and control of all stages of the electoral process, was labelled as the first free and transparent elections in 25 years. The Internet revolution is not less striking. The launch of 4G services in 2017 and introduction of affordable data multiplied the population with mobile connection by more than 100, from 130.000 users in 2010 to almost 13 million citizens in 2016. In 2019, just over 50% of the population has a connection to the internet via smartphones with fast 4G service.

Secondly there is the story of a country in which, despite domestic and international acclamation, promises of democratic transition have not been kept. Indeed, with the coming elections, the time is right to take stock of the developments of the past years. Remarkable is the role of Aung Sun Suu Kyi, as a rather controversial figure. Awarded the Nobel Peace Prize and the Ambassador of Conscience Award (revoked in 2018), in 2019 “The Lady” appeared in the Hague to defend Myanmar against allegations of genocide against the Rohingya people who, as described by UN Secretary-General Antonio Guterres, “are still one of, if not the, most discriminated people in the world”. [4] Since the 2017 crackdown by Myanmar’s army, thousands of Rohingya have lost their lives and almost 300 Rohingya villages have been destroyed, including gang rapes and abundant human rights violations. Over 2 million people have been displaced and 4 million have fled to neighbouring countries. However, at the recent hearing in the Hague, Aung Sun Suu Kyi defended the Myanmar government, calling this an “incomplete and misleading factual picture of the situation”.

The extremely complex situation in Myanmar has been further aggravated by the presence of two terrorist groups, namely the Arakan Rohingya Salvation Army (ARSA) and the Arakan Army. The latter, a Rakhine armed group, is responsible for perpetuating violences and human rights violations against the military as well as civilians. Just recently, it has been  accused of being responsible for the kidnapping of three NLD candidates during their electoral campaign in the Rakhine state.

Furthermore, despite the abolishment of pre-publication censorship in 2012, freedom of expression and internet freedom remain somewhat constrained, as the military continues to arrest and prosecute internet users and journalists in the process. In September 2018, Aung Ko Ko Lwin was sentenced to one year in prison for a Facebook post criticizing a state chief minister and two Reuters journalists were sentenced to 7 years for their reporting on atrocities against Rohingya.  Unsurprisingly, in a recent Freedom House report, Myanmar was labelled as Not Free, scoring 31/100 on the Internet Freed Score, whose score fell by 5 points as government-ordered internet blackout has left 1.4 million people in the Rakhine and Chin state without internet access since June 2019.Censorship and limited internet freedom have been raising concerns regarding the upcoming elections. Much attention is particularly turned to Facebook, a preferred platform for hate speech and misinformation by political parties.

Of much concern is also the COVID-19 impact on the upcoming elections. Despite the government declaring the disease to be under control, international organizations and civil society organisations question the effects of the pandemic crisis on the elections’ fairness and transparency. Differently from the 2015 elections, this time international observers will not be present because of travel restrictions and the election process will be mostly monitored by domestic observers. Unsurprisingly, the Union Election Commission (UEC) has seized the opportunity to revise the code of conduct for domestic observers, omitting several electoral activities, such as the voting and the counting of ballots, that will be not open for observation. Much worrying was also the UEC decision, overturned amid the inevitable uproar, to refuse accreditation to the People’s Alliance for Credible Elections (PACE), the largest observer election group in Myanmar. Highly contested is also the UEC decision of cancelling for “security reasons” voting in five states and one region. Despite the fact that some of these areas, such as the Rakhine state, are embroiled in serious conflict and might pose real dangers, while other areas are relatively calm. Therefore, it seems that COVID-19 will severely impact not only the fairness and transparency of the upcoming elections but also the democratic apparatus as a whole.

The EU and Myanmar

The role of the International Community in supporting Myanmar’s democratic transition and ensuring fair and transparent elections is quite fundamental. In this regard, the European Union has been a key partner. The EU has strongly supported democratic and economic reforms in the country, suspending sanctions and restoring trade preferences in 2012. Since 2013, the two partners have engaged in a regular Human Rights Dialogue and for the 2015 elections, the EU deployed the largest-ever international election Observation Mission. However, for the EU the role for the Myanmar 2020 elections result is expected to be much more controversial. Indeed, the recently funded EU smartphone application, aimed at giving easily-accessible information on candidates, has been accused of denying the Rohingya identity. Not only  does the app categorize candidates  based on  race and religion, recklessly it also refers to Rohingya as Bengali.[9] International IDEA, the organisation promoting the EU funded project involved, has recently issued a statement, recognising the sensitivities related to categories of ethnicity and religion and deciding to withdraw its association with the mVoter2020 application. Despite this, the app is still available and the UEC has left to candidates the decision of withdrawing their religious and ethnic association.

Theoretically, given the 2011 democratic turnover, the 8 November 2020 elections in Myanmar should be expected to be fair and transparent. Undoubtedly, Myanmar has become a much more free and more rightful country than a few years ago. However, the 2020 elections are raising serious concerns regarding fair political ethnic representation, internet and press freedom, conflict resolution and the controversial role of Aung Sun Suu Kyi. Domestically overwhelmingly popular while more contested internationally, “The Lady” is accused of failure in tackling the most urgent issues, notably the influential role of the Tatmadaw and the humanitarian crisis in Rakhine state. For fairness, it should be reminded that the 2008 constitution secured the Tatmadaw veto power on any constitutional amendment and the constitution being one of the main impediments to a fair democratic transition, Aung Sun Suu Kyi finds herself with her hands tied. On this, the role of the international community and domestic organizations will be fundamental. However, a substantial civil society network is gaining strength. If backed by the international community, it has the potential of leading the country to a substantial democratic turnover. A change of direction which is unlikely to be brought by the 2020 general elections.