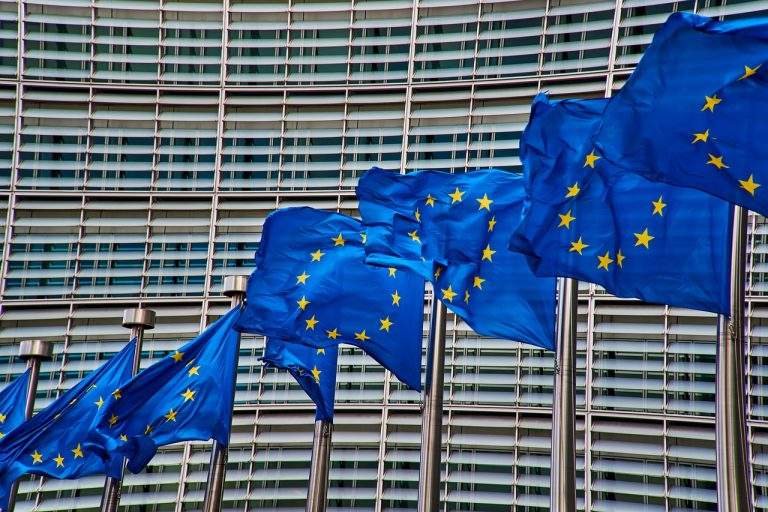 The EU fires back: On the FDI’s screening mechanism and newly-exposed sensitivities

On 11 October 2020, the EU’s Foreign Direct Investment (FDI) screening mechanism, which entered into force in April 2019, officially became fully operational. The new framework embodies the EU’s necessity to level the playing field within its single market, especially with regard to state aid control, and to secure its strategic assets from investments from outside the EU. If compared with the FDI restrictions currently in place in other OECD countries like the US and Russia, the EU investment screening mechanism results in being less invasive and binding. ‘The EU is and will remain open to foreign investment”, be it under certain conditions. As expressed by the European institutions and confirmed by the draft framework, the EU acknowledges that FDI not only contributes to the EU’s growth but also increases its global competitiveness. For this reason, the new instrument is set to enhance the harmonization and transparency of intra-European FDI regulatory policies.

Considering in particular the economic impact of the Covid-19 pandemic on many European firms whose assets have been valued at a lower price, the EU Member States are now more than ever keen to protect their national security and public order. Recalling the MSCI Europe Index – which refers to the total value of the free float-adjusted market capitalization across the EU – it has registered a strong decline of 23% in 2020.

The new EU FDI screening mechanism covers Mergers & Acquisitions (M&A) and does not apply to green-field or other portfolio investments. Nevertheless, it provides for a set of factors that the Member States or the Commission may take into account in determining whether a foreign direct investment is likely to affect security or public order. These factors include the potential effects of the investments on a wide range of sectors, such as critical infrastructure (energy and transport), critical technologies (Artificial Intelligence, 5G Networks, dual-use technology), finance, supply of critical input, access to critical information, health and media freedom. The mechanism is specifically targeting FDI inflow from state-owned or state-controlled companies interested in EU critical assets or such funded projects and programmes.

Over the last 18 months, a transitional phase has been granted to the EU27 to adapt to the new framework, to establish “contact points”, solidify “Groups of Experts” and to secure channels for information exchange. During this period of transition, the EU Member States that already had a national FDI inflow screening instrument in place have notified the European Commission of their mechanisms and what their FDI vetting’s processes specifically entail, while others have been encouraged to submit annual reports covering their activities. These reports should include aggregated information on foreign direct investments that took place on their territory. The new regulation complements the screening mechanisms of the individual EU Member States and aims at strengthening their effectiveness, although not substituting existing national procedures, intended to incentivize a gradual EU-wide convergence of national regimes.

The EU Member States receiving the FDI are bound to take the Commission’s opinion and Member States’ comments into account. In order to work effectively,  the mechanism requires Member States to inform the Commission and other Member States on each investment without delay. Due to these procedures, a direct consequence adverts to the timetable of deals, taking an average of 35 days to go through the procedure.

The main criticism towards the screening mechanism involves its voluntary nature. It is up to the EU Member States to inform the Commision of the investments to be screened, implying that they could also opt not to declare any at all. In addition, the Member States retain the final decision power as to whether an investment is to be authorized on their territory and under which conditions. So, despite the fact that the Commission is strongly encouraging to adopt the new framework, the enactment of the mechanism remains voluntary and entirely in the hands of the individual EU Member States.

The implementation of the FDI Regulations is the latest concrete evidence of the rapid shift in the EU’s relationship with Beijing. Even though the regulation is said not to target any specific country, it is undeniable that FDI carried out by Chinese enterprises is likely to be subjected to the screening process, especially if investors are identified as state-owned companies. Recently, H.E. Ambassador Zhang Ming of the Chinese Mission to the EU accused the EU of creating a hostile environment for Chinese firms, promoting protectionist measures not aligned with the Union’s fundamental values. Moreover, the 2020 reports of the China Council for the Promotion of International Trade lament an exponential raise in the costs of corporate compliance for Chinese firms due to the new EU mechanism. In response, the Commission’s Executive Vice-President Valdis Dombrovskis has expressed “the need for Europe to become more assertive”, suggesting the creation of an “anti-coercion mechanism” to protect the EU even more in respect to its trade relations with China and the US. From this perspective, the FDI framework might only be the first step in a broader revamping of EU policy tools to adequately address China’s economic influence across Europe.

However, in the past three years, a sharp fall in Chinese FDI in Europe has been registered. This mainly due to the fact that many enterprises in the PRC are undergoing a liquidity crisis as a consequence of the national economic slowdown and China’s New Normal. Despite the decline, the Chinese Government has shown no intention to loosen capital, issuing new regulations to affirm a stricter control over the PRC’s FDI flows. The Chinese surplus accounts for less than 1 percent and is close to reaching a deficit again, after piling on a USD 33.7 billion deficit in the first trimester of 2020 (January-March). Given its decreasing trend, the current level of Chinese investments should not represent such a financial interference for the EU. On the contrary, the EU should envisage a more clear-cut strategic plan within its FDI Regulation for engagement with China in less sensitive, non-equity areas, such as Sino-European cooperation in Research & Development (R&D), which has been growing steadily. The EU’s FDI screening mechanism, in fact, focuses primarily on equity investments and therefore presents some regulatory loopholes for Chinese non-equity investments, which in terms of security are not less risky than the foreign direct ones. The European concerns that apply to these sensitive areas, are the same as the FDI ones: risk of leakage of sensitive technology or know-how and infiltration, espionage and disruption.

In the domain of R&D, for example, the EU risks becoming a target for Chinese political influence and know-how leakage. In the past few years, collaboration in this field has registered a sharp raise, while it remains mostly uncovered by the new framework. China is one of the countries that invests a lot in science and technology innovation, having a state-of-the-art hi-tech industrial cluster, which makes it a welcome partner in the R&D field. Evidence of the strong ties between the EU and China in research is to be found in Chinese corporate involvement in projects supported by EU institutions, such as the now archived Seventh Framework Programme (FP7), as well as Horizon 2020 and Horizon Europe. Through the application of the latter, Chinese companies based in European countries can benefit from EU funds, like Huawei has been able to in the past. For instance, in view of the Horizon 2020 framework, Chinese entities counted for 183 participations (of which 181 times as beneficiaries), in 78 signed grants, receiving EUR 3 million from the EU out of the EUR 33.8 million of total funding received by Chinese beneficiaries from private and executive agencies. Besides, when considering the EU-China Co-Funding Mechanism (CFM), the EU and China have spent EUR 630 million on joint research projects over the last four years, of which the EU contributed EUR 500 million from the Horizon 2020 framework.

These strong ties with China, however, are not without challenges. Especially when regarding China’s gaining edge in EU industries and technologies (i.e. dual-use system and high-tech), projected to power the European economy of the future. Despite the EU’s substantial investments in science and technology cooperation with China, European researchers and scientists lament difficult access to unpublished Chinese data and the lack of reciprocity in information sharing. To address these concerns, the EU Research Ministers have recently decided to toughen the legislation of the upcoming Horizon Europe, aiming primarily at preventing China and the US from acquiring access to sensitive European research. The recently inserted article 18 of the Horizon Europe framework states that Brussels “can exclude the participation of legal entities established in the union or in associated countries directly or indirectly controlled by non-associated third countries or by legal entities of non-associated third countries from individual calls”.

The academic sector is not immune for Chinese influence either. In the Czech Republic, reports of a bribery case at Charles University’s Centre for Security Policy caught some attention last year. Researchers were believed to have received secret payments from China in 2019, in an attempt to remove sensitive topics from the university’s curricula. For many politicians across the EU, this episode of academic bribery by China seems just the tip of the iceberg. Recently, the German government has brought the issue of political influence exerted from China through academic relations to the public attention. According to Jens Brandenburg, a member of the German Bundestag, there is a growing need to investigate in depth how the Chinese government is influencing German teaching and research, calling for more transparency regarding funding and employment policies.

Concerns over Chinese influence in education may be overstated and too politicized, in an increasingly polarised European context vis-à-vis China. European policymakers are gradually starting to acknowledge related risks. Against this background, the European Commission’s Directorate-General for Research and Innovation and some Member States’ governments (i.e. Germany) are shifting towards preliminary efforts to foster greater information-sharing on research and innovation activities with Chinese actors.

Even though the room and necessity for improvement may be manifesting themselves in certain, very specific business sectors for security’s sake (mainly in R&D and academia), the EU screening mechanism for FDI represents an important step towards a more harmonious and transparent regulatory policy within the European Union. Although it aims at securing EU strategic assets, this framework cannot be considered a protectionist measure as argued by critics. Member States are required to preserve confidentiality and to allow foreign investors to contest their decisions. The screening framework emphasizes the principle of investments’ reciprocity and the prevalence of a level playing field, calling for a fairer and more equal treatment of EU investors by third countries.