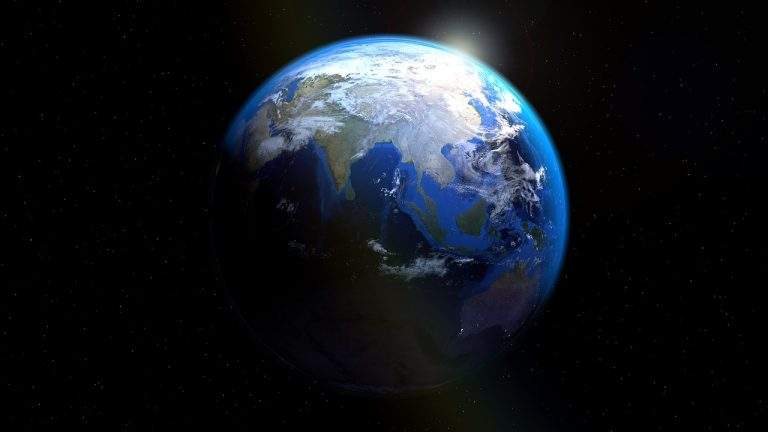 Capitalising on the momentum created by COVID-19 the pandemic may yet lay the foundations for future expansions of the EU-China-Africa trialogue. This is unlikely to produce a long-term softening and rejuvenation of trilateral relations but the Coronavirus has undeniably presented each arm of the triangle with a common, unprecedented set of challenges.  Particular attention should be paid to the opportunities that may arise for Europe and how the convergence of China and the EU’s investment strategies in Africa could help to re-position the latter as a responsible leader in future trialogues.

For some years now, the European Union (EU) has faced recurring questions over its progress in leading development across Africa. Various academic voices (for instance, Stephan Keukelere and Kolja Raube), have criticised the EU for being overall, ‘too sloppy in enforcement.’ This was likely referring to the European Commission’s landmark communication ‘The EU, Africa and China: Towards trilateral dialogue and cooperation’, and its particular commitment to ‘turn-key infrastructure projects’. Many others, from international organisations to media, have hailed the investment strategy of China as still being in a ‘honeymoon’ phase and the preferential model for inward African FDI. However, the COVID-19 pandemic has seemingly contributed to a shift of opinion with regard to trilateral relations. Funding for China’s various flagship infrastructure projects across the continent has already diminished, resulting from the redirection of financial resources into combating the coronavirus at home. By Beijing’s estimates, COVID-19 has already had either a ‘somewhat’ or ‘serious’ impact on as much as 80% of all of China’s Belt and Road Initiative (BRI) projects. Beijing’s economic response to the pandemic is suggested to have presented the EU with an opportunity to attain a leading role in immediate-term economic development. The EU’s, China’s and Africa’s experiences with this pandemic could vitalise trilateral relations, spurring more cooperative trade and investment patterns. Calls for economic assistance from African countries, resentments towards China’s COVID-19 response and the EU’s recent interventions are contributing to a shift towards an aid-based model along a European line.

The 22nd EU-China bilateral summit, held on 22 June over video conference, indicated a marked shift in attitudes towards China’s global responsibilities and actions. The global challenge presented by the COVID-19 virus is more critical than any other faced between the two powers in their modern histories. Nevertheless, the summit presented the EU with the opportunity to voice growing concerns over China’s international liabilities, both in response to the pandemic and in the global economy. Either of these could bear important consequences not only for future dynamics of bilateral Sino-European relations but also for the EU’s and China’s economic engagements with developing economies. For example, an incident in China’s Guangzhou province, involving the eviction of Beninese, Nigerian and Togolese nationals for mandatory COVID-19 testing, has sparked anger and resentment from numerous African public officials. This resulted in a written complaint to China’s Foreign Affairs Minister Wang Yi, compiled by several of Africa’s ambassadors to Beijing. Questions have since been raised over the extent to which this incident could induce long-lasting effects. An article by POLITICO alluded to the views of several senior African diplomats and academics, with some suspecting China-African bilateral relations to be irreconcilable in the short-term, with a ‘distinct possibility of lasting damage.’ Similar anti-Chinese sentiments are certainly not unprecedented. However, the fact that these anxieties were voiced publicly and not, as in the past, discussed behind closed doors suggests that this degree of resentment is particularly severe and previously unseen.

This also raises questions regarding the potential impact of China’s economic response to COVID-19 on trilateral relations.  Concerns have been raised over the perceived ‘reluctance’ for China to endorse the G20 Debt Service Suspension Initiative (DSSI), a program holding the potential to see debt terms being suspended for the next eighteen months. Other frustrations have been voiced over China’s assistance to Europe following the latter’s emergence as the virus epicentre. Whereas several hundred million euros were sent to China and throughout Asia during the early containment phase of the pandemic, Spanish, Dutch and other European authorities have complained of the defectiveness of over 600,000 testing kits and PPE equipment that were promised as part of China’s European assistance program in return. Though, for example, one company from which  the equipment was sourced from, Shenzhen Bioeasy Biotechnology, did not hold the official licence from the Chinese medical authorities, the company did hold a KN95 quality certificate. A ten-member coalition of cross-party MEPs has since written to the European Commission’s President Ursula Von der Leyen and High Representative/European Commission Vice-President Josep Borrell, requesting the EU to take action against Beijing. So far, no formal actions have taken place. Hence, this aspect of China-EU relations is unlikely to prove more divisive in the medium-term.

China’s economic response has also raised questions over the future of its commitments to overseas development and its long-term flagship initiatives.  Current expectations are that funding for many of these infrastructure projects, for example, the major USD 1.5 billion Nigerian rail project, will inevitably be put on hold for the foreseeable future. Not only will the struggle against COVID-19 moderate the financial leeway of the Chinese government and its various multilateral institutions (e.g. China Development Bank, Asian Infrastructure Investment Bank) but the  disruption of global supply chains has raised the logistical difficulties of exporting construction materials, especially to Africa. Thus, unlike the EU’s largely ‘aid-based investment’ model, generally maintained through its multi-billion-euro aid-based development model, China’s ‘investment based’ model will likely face temporal adjustments. Some voices, for instance the European Think Tanks Group (ETTG), have suggested that this traditional, European ‘development narrative’ has been viewed increasingly as ‘patronising’ and ‘alienating.’

Correspondingly, the European Commission’s recent communication ‘Towards a Comprehensive Strategy with Africa’ indicated that Europe has been attempting to shed itself of this narrative. However, a recent Q&A session with European Parliament Member Tomas Tobé hinted to a degree of uncertainty as to this strategy. When asked as to the relevance of the new strategy, Mr. Tobé shed some doubt on whether the EU-Africa summit would be even held this year. Though he did stress upon the importance of ‘making sure the EU can actually make the partnership happen’, he did not provide any indication of any timeframe for this. In reality, proportionately, EU development aid for Africa has more than doubled in the last five years. Nevertheless, the 20 billion euro aid fund and the debt deferral program have both been largely welcomed by African leaders. As China has followed suit, providing additional aid and debt relief for African economies, it would hence not be difficult to envisage a Chinese shift towards aid-based development. As China and the EU’s Coronavirus aid programs and their largely positive reception have demonstrated, it is likely that the future, immediate and medium-term relationship with the continent may revert to the aid-based development approach. The reformed EU-Africa partnership, as indicated by Mr. Tobé and the EU’s subsequent financial commitments, is likely to face delays. This future will ultimately be decided by the global response to the pandemic. This  will add some question marks to the immediate future of China’s Belt and Road Initiative and its economic engagements with recipient African countries.

Though China’s response to COVID-19 has produced grounds for European and African anxiety, the ever-evolving challenge presented by COVID-19 stresses the need for the expansion of open, cooperative platforms. In the long-term, one must also consider the question as to the future economic relationship that China and Europe will share with Africa. New opportunities are also arising. The EU, though comfortably Africa’s single largest source of FDI, had in the view of some been challenged by China’s continental investment strategy. Where some, such as ETTG, have argued that this strategy was in large part why Europe was at risk of ‘missing out’ from Africa, others have gone further, questioning whether the intensification of China-Africa relations can jeopardise the EU’s status as a ‘relevant international player.’ However, the signs of small-scale anti-Chinese resentment in parts of Africa could help to re-elevate Europe as appearing to be a more responsible economic partner to Africa  in the immediate-term. So far, the EU’s aid and debt relief programs have not subjected recipient economies to any ‘strings attached.’ However, as European economies may see their financial resources depleting, combined with anxieties of a second (or third) virus wave, it may not be surprising if European standards and conditions may be attached to future aid programs. This would not be unprecedented. For the last four decades, Structural Adjustment Programs (SAPs) have proved a central feature of EU-Africa economic relations and a core instrument by which EU norms are imposed, often to much African concern. Therefore, as African concerns of EU conditionality have been raised previously, any future attempts to introduce these may prove inimical to the EU’s bid for trilateral leadership. If EU leaders are to overcome this, more effort is needed, not only to better understand these concerns, but to seriously revise the question of African agency. Should the imposing of EU standards and norms re-emerge as a basis for EU-Africa economic relations, then it would be difficult to envisage future advancements in trilateral relations as well. In other words, it is paramount that African leaders feel that the proposed re-adjustment of EU-Africa relations will translate into a genuine partnership of equals. Otherwise, the future of the EU-China-Africa triangle is all the more uncertain.

Although it is difficult to envisage a similarly wide array of opportunities to the same end for China, the nature of the pandemic is such that investment models will be grounded in cooperation and adoptions of similar development models. Thus, the potential for closer trialogue between the EU, China and Africa has been fundamentally widened. Beijing’s cooperation with Europe and the rest of the G20 over the proposed African debt deferral initiative could be seen as grounds for optimism. China’s willingness to engage in a human rights dialogue with the EU should also be observed with close attention. Nevertheless, both may demonstrate that trilateral relations could, in the immediate-term, be EU-led. However, as virus cases across Europe continue to rise, it remains critical that EU economies respond effectively. If it wishes to provide effective aid to African economies, with no strings attached, then Europe must be in an economically viable position to do so. If the impacts of the Coronavirus on European economies are suppressed as much as possible then this would significantly widen the potential for longer-term assistance. One such long-term ambition should be for the EU,  in cooperation with China, to agree to extend the non-concessionary debt relief programs for African economies. Nevertheless, approaches such as this will be made even harder to implement if improvements to the social and economic situations in Europe and China are not realised and especially if both act independently of each other. This relationship must, therefore, be observed, discussed, and reviewed frequently.