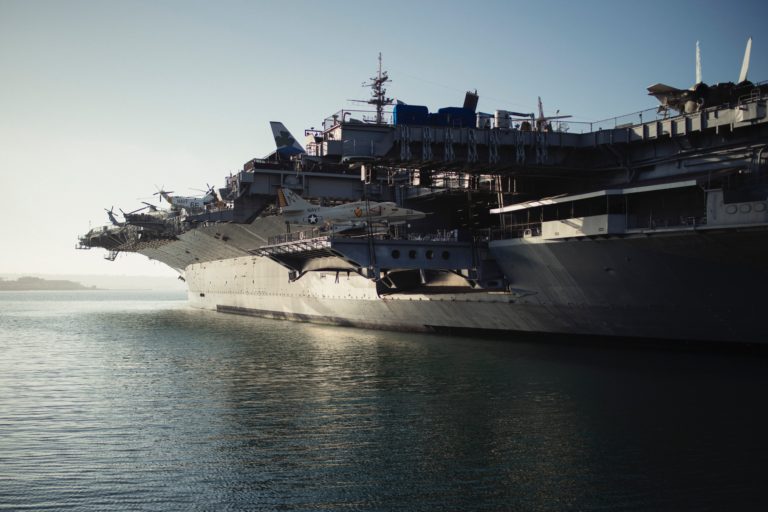 The EU as a Maritime Security Provider? Prospects for Cooperation with Japan and South Korea

As the centre of global geopolitical and economic competition shifts towards Asia, the EU’s economic interests in the Indo-Pacific bring maritime security issues in the region ever closer to home. However, if the EU cares to be recognized as a global maritime security actor, and protect its interests abroad, it will need to take concrete steps to strengthen maritime security cooperation with its Asian partners.

The escalation of the war in Ukraine has inspired the EU to take a second look at its abilities to protect its interests abroad, resulting in the EU recognizing the need to invest further in its security capabilities. While there are immediate security concerns along its border, its maritime security interests have also become tied with areas far from home as the EU’s economy becomes more and more involved with other economies around the world. This is especially true in the Indo-Pacific, through which 80 percent of imports to the EU pass and where geopolitical tensions directly affect maritime security, trade routes and the international geopolitical order. Whether threats of piracy off the Somalian coast or the risk of military conflict in disputed areas of the South China Sea, lack of maritime security can disrupt trade routes and global supply chains, while a full fledged conflict could literally choke the EU’s economy. Even though the EU has verbalised its intent to step up security cooperation, it will need to go beyond rhetoric.

Whilst the EU’s 2021 Indo-Pacific Strategy and 2016 Global Strategy envision the EU as a “global maritime security provider”, it is still primarily perceived by its Asian counterparts as an economic actor rather than a geopolitical power. The EU, not as a region but as a unified actor, has very limited hard power tools at its disposal, as the main competence and abilities lie with its member states. In order to demonstrate its value as a security actor, the EU will have to take practical steps to extend the cooperation that is at the core of its Indo-Pacific strategy. The most pragmatic place to start is with two of the EU’s closest Asian partners, Japan and South Korea.

In the midst of rising US-China tensions, both Japan and South Korea, much like the EU, have increasingly been distancing themselves from China politically while still engaging with it economically, thus avoiding taking sides in the great power competition between the US and China. In addition to their common pursuits for strategic autonomy, Japan and the RoK are now also scheduled to participate in the Madrid NATO summit in late June 2022, with the RoK planning to open a mission to NATO. While the preeminence of NATO in the security sphere often overshadows the EU, the summit presents common grounds for discussion and to affirm mutual security interests. In this broader geopolitical context, this offers prospects for further EU cooperation with Japan and the RoK on maritime security and other pressing issues.

Of its partnerships in the Indo-Pacific, the EU’s relationship with South Korea is one of the most comprehensive with existing agreements on politics, economics and security. Having entered office only recently in May 2022, the Yoon administration has signalled its intent to further security cooperation not only with the US but also with other like-minded partners, of which it has demonstrated with appointing a special envoy for Europe and his subsequent first visit to Europe, that the EU has special priority (after the US and Japan). Under his Presidency, Yoon seems to be on track to continue much of the New Southern Policy (NSP) Plus, initiated by his predecessor Moon Jae-in. This Policy has significant points in common with the EU’s Indo-Pacific strategy, including an emphasis on protecting maritime trade routes, freedom of navigation, and anti-piracy, outlining potential areas for enhanced cooperation. Prospects for cooperation on maritime security are bolstered by the legal foundations of existing political and economic agreements and by successful cooperation in non-traditional security projects such as in cybersecurity. Further cooperation in the field of maritime security would be supported by the legal foundations provided by existing agreements and the complementary positioning of both partners in the US-China rivalry. As South Korea pursues a wider global network on its way to becoming a “global pivotal state”, the door is open to the EU to initiate closer maritime cooperation for security.

Alongside South Korea, Japan is the EUs closest Asian partner and shares extensive trade relations, values and concerns with the EU. Japan’s maritime self-defence forces have already engaged in joint naval exercises with EU member states and the Japanese Ambassador to the EU, H.E. Yasushi Masaki, has welcomed maritime security cooperation with the EU, stating that Japan is open to cooperation with actors who share its value for rules-based maritime security. In the 2022 EU-Japan summit, the two parties expressed their mutual concerns for security in the East and South China Seas and agreed to enhance their cooperation for maritime security. However, while cooperation seems to be making rhetorical progress, Japan’s foreign policy under Kishida has emphasised immediate security concerns with Chinese activities and military expansion in the South China Sea and Taiwan Strait, which the EU has refrained from interfering with. Whereas the large diversity of approaches to China amongst EU member states may prohibit the EU from cooperating with Japan on its foremost concerns, both parties can find common grounds for cooperation in areas less politically sensitive to support a rules-based international order. Considering this, in order for future cooperation to go beyond those of past initiatives which received an uneven amount of support from the EU side and little enthusiasm on the Japanese side, the EU will have to prove itself as a valuable addition to Japan’s extensive partnerships with other NATO members and the Quad. Most practically, the EU can demonstrate its value to the overstretched Japanese Maritime Self Defence Force and Coast Guard by contributing to capacity building and information sharing, issues which Kishida reiterated his commitment to most recently in the June 2022 Shangri-la dialogue. In the meantime, Japan may be able to appreciate the role of the EU as it observes increased cooperation with South Korea on issues of maritime security.

An outlook for enhanced security cooperation

To lay the foundations for further cooperation and build confidence in the EU’s ability to contribute to Indo-Pacific maritime security, the EU and its member states should strengthen channels for maritime discussion and dialogue in the region. Additionally, existing platforms for cooperation can be extended, in time frame and scope, to engage Japan and RoK more closely. One such platform is the Critical Maritime Routes Indian Ocean project (CRIMARIO) was established in 2015 and is currently in its second iteration (CRIMARIO II). CRIMARIO II aims to enhance maritime awareness and cooperation through information sharing and joint exercises. Another such project is the Enhancing Security Cooperation in and with Asia (ESIWA), which was launched as a pilot project in 2020 with 5 EU partners including the RoK and Japan. Already halfway through its four year lifespan, ESIWA has not yet reached its full potential and is not often referenced by partner countries as a further opportunity. ESIWA is an important platform to strengthen the EU’s security dialogue with its Indo-Pacific partners and CRIMARIO II the primary platform for practical cooperation, however both of these will expire in 2024. To affirm its commitment to the region, the EU should move early to extend the projects or prepare their successor(s). Both Seoul and Tokyo have expressed willingness to cooperate, meaning there are few obstacles inhibiting cooperation. While there will be increased opportunities for dialogue between EU member states, Japan and the RoK at large summits such as the upcoming NATO summit in Madrid, much of the responsibility to initiate will rest with the EU. In order to be acknowledged as a legitimate security actor, the EU must demonstrate consistent, long term, and increased efforts to enhance cooperation and dialogue through these EU-led platforms as its partners gauge the EU’s commitment to its aspirations to be a “global maritime security provider”.

In the midst of increasing geopolitical tensions, supply chain instability due to COVID-19 and the war in Ukraine, the EU’s economic ties around the world have been put under stress due to security concerns. While the maritime security in the Indo-Pacific may seem out of sight and out of mind for many EU member states, the prosperity of the EU is increasingly dependent on security in faraway regions, especially when resources and routes close to home are at risk.  As the EU transitions into a geopolitical global actor and works to bolster its strategic autonomy, engaging its Asian partners, starting with the RoK and Japan, in maritime security could be a first step to legitimising the EU as more than an economic actor and is critical to the success of its Indo-Pacific strategy.