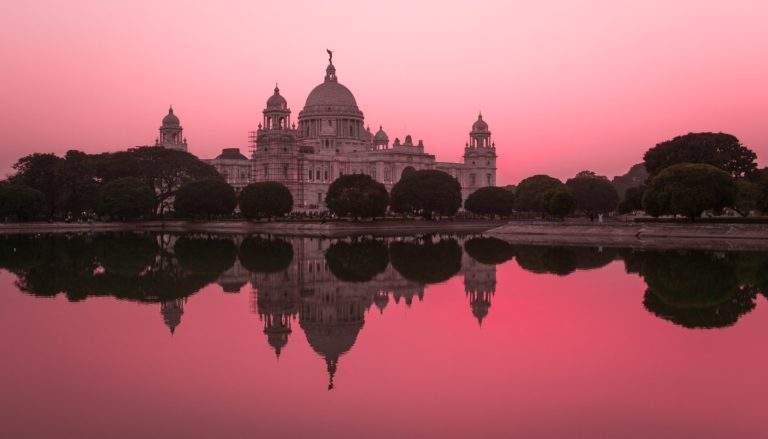 The 2021 EU-India Leaders’ Meeting: Far from a Done Deal

Announcements made following the meeting showcase renewed desire for the establishment of a solid multi-faceted relationship between the EU and India, encompassing trade and technology. Behind this course of action lies a clearly shared common vision of a multipolar Indo-Pacific. The circumstances of this alignment, however, cast doubt on its long-term potential and implementation.

Last month saw the 2021 EU-India leaders’ meeting being held in hybrid format in Porto, Portugal on the 8th of May. The joint statement delivered by both parties at the conclusion of the meeting differs drastically in tone from that released after last year’s EU-India Summit. The resumption of separate negotiations on a free-trade agreement (FTA), an investment protection agreement (IPA), and a geographical denomination agreement marks a big step towards a more EU-aligned India. The adjoining connectivity partnership, the EU’s second such enterprise after the one established with Japan in September 2019, focuses on sustainable digital, transport and energy networks, and the flow of people, goods, services, data and capital. This connectivity partnership is unprecedented, while talks for an FTA had previously been ongoing from 2007 to 2013, marking little progress.

A changing state of affairs

This paradigm shift has been precipitated by the severe public health crisis impacting India, with PM Modi’s latest promise of providing free vaccines putting even more pressure on the BJP government to deliver. Another potential factor may have been the PRC’s (People’s Republic of China) growing influence in the Indo-Pacific following the inception in September 2020 of the Regional Comprehensive Economic Partnership (RCEP), the largest regional free trade area to date amounting to approximately 30% of the world’s GDP and about a third of its population, which India had decided not to join explicitly due to China’s position as one of the more influential nations within RCEP.

A more immediately pressing issue has been the rise of DDoS (Distributed Denial of Service) attacks, which have created concern of large-scale attacks on India’s ICT infrastructure possibly affecting hospitals or government institutions. The large-scale power outage in Mumbai in October 2020, reported by officials as having been the potential result of a cyber-attack comes to mind as an event having created such concerns. In this sense, upgrading Indian infrastructure may well be a priority for PM Modi’s government, both for economic and security considerations. Finally, the recent escalation in infrastructure accumulation on both sides of the Line of Actual Control (LAC) at the Sino-Indian border, the site of a longstanding territorial dispute with China, is also a likely catalyst. In some respects, this connectivity partnership can be understood as a geostrategic move to balance China’s Belt and Road Initiative (BRI) in the region, which on the Chinese side has manifested as the development of the Darbuk-Shyok-DBO Road, bordering the contentious area.

As pertains to the EU, the connectivity partnership in effect demonstrates its keen engagement with the region, consistent with its own Indo-Pacific strategy released in April 2021. The fact that the EU is not a part of the Quadrilateral Security Dialogue (QUAD), an informal policy platform between the United States, Australia, Japan and India which gained prominence in the last months after the United States upgraded it to a leader-level platform, may well have been a further contributing factor in its decision to reach out to India after Japan. Also Brexit has altered the EU-India dynamic given the presence of a large Indian diaspora in the UK. Nevertheless, this may on the other hand also have facilitated it given that other member states do not, to the same extent, have a shared history with India.

Ultimately, however, both the resumption of negotiations on an FTA and the EU-India connectivity partnership appears to be a product of the aforementioned circumstances rather than stemming from a willingness from either party to agree to concessions. While it would be wrong to say that the European Union’s conditions are the sole reason for why this alliance had made little headway previously, the EU’s conditions on the establishment of free-trade agreements are known to be stringent. In fact they have explicitly proven to be a challenge for India in the past. Of course, a less pressing geostrategic and economic need for a partnership for both sides had also been an impediment to the relationship previously, as it has resulted in the EU fostering stronger ties with nations more aligned with it on environmental matters, for example South Korea with which it signed an FTA in 2009, which was ratified in 2015 .

Equally, as highlighted by European Commission President Ursula von der Leyen in the meeting’s conclusive remarks, environmental emissions are a crucial focus for the EU. It could turn out to be a major point of contention, and a hard line for the EU, especially given its commitment to the EU Green Deal. Yet it will simultaneously amount to a difficult balancing act for an India wishing to, on the one hand, upgrade its infrastructure and grow its economy and, on the other hand, gain integrative access to more developed markets, and to cutting-edge technology. The EU’s carbon scheme which imposed a charge on flights in and out of Europe caused a rift between the countries in 2012, for example. Another issue where the parties have so far not seen eye to eye has been vaccine intellectual property rights, a situation where, conversely, the US has backed India. In this sense, the scope for an FTA appears limited, while potential for the implementation of the aforementioned connectivity strategy would appear to be greater.

Compared to other prospective regional partners, India offers the EU a uniquely large market, a track-record of growth, and political stability in terms of shared values and a democratic government. Whether these distinct advantages will be preserved, however, remains to be seen. Furthermore they must be nuanced since Indian growth still lags behind that of China, and has not manifested in an inclusive way, with precarity or near-precarity still being widespread, and an ever-present disparity between India’s states. The political landscape has also evolved substantially since 2013, with concerns of democratic backsliding having been highlighted by major news sources.

In many respects next year’s elections (and to a lesser extent the 2024 elections to the office of Prime Minister) to the offices of President, as well as Vice President of India, and by-elections to the Lok Sabha (India’s lower parliament chamber) could serve as a litmus test of the integrity of India’s democracy and electoral process. PM Modi’s controversial 2019 Citizenship Amendment Act which provided a pathway to citizenship to minority groups but excluded persons of Muslim faith, as well amendments to the Unlawful Activities (Prevention) Act (UAPA) of 1967 which have made it far easier for the Government to brand someone a terrorist, indicate an increasingly thin line between Hindu nationalist ideology and governmental policy, and so does the resignation of Election Commissioner Ashok Lavasa in August 2020. They also showcase that the BJP is not averse to drastic action, and show how Brussels and New Delhi may be growing further apart in values.

This could all mark a turn towards an ever more nationalistic India and disrupt long-term projects severely. Since historically the ideology of Hindu nationalism has been associated with a rejection of former colonialist powers, it is possible that this would factor into future potentially protectionist economic policy, creating less favourable laws for European firms. India’s spotty history of offering a competitive business environment to foreign firms also means it may remain difficult to convince European firms to set shop in India. In the past, European firms have had to deal with unpredictable burdens such as the imposition of retrospective tax liability, and issues regarding different standards of censorship and privacy. Substantial obstacles to doing business in India include, according to the World Bank, difficulties in dealing with construction permits, getting electricity or dealing with power cuts, obtaining credit, the protection of minority investors, and resolving insolvency. Cases of corruption and cultural differences are also impediments to extending business relationships. The impact of the COVID-19 pandemic has also reduced the amount of risk investors are willing to take globally. Of course, whether the latter could only be a shorter-term effect caused by the pandemic remains difficult to determine.

What are the alternatives India could be considering?

Such concerns must be tackled comprehensively lest the current round of negotiations end up amounting to little. Unfortunately they do not appear to have been addressed so far in the discussions. In many ways the extent to which tangible progress will be made will be dictated by how attractive alternatives to the relationship become. Should the QUAD grow in its effectiveness in containing China, one could see EU-India negotiations being put on the backburner. Nevertheless, the fact that India is the only QUAD member not bound by security treaties with the other three members puts it in a difficult position in any case. Russian and US aid in the last year has been substantial in India overshadowing that of Europe, and may well inform what partnerships India chooses to prioritize going forward. The aforementioned elections could have a similar impact. Negotiations for an FTA between the United Kingdom and India could put another potential damper on talks, depending on how flexible the UK would be regarding environmental emission goals and the question of the status of Jammu and Kashmir. The already signed partnership on migration between India and the UK shows that this relationship, which could reduce Indian interest in a partnership with the EU, is gaining ground.

How should India and the EU proceed?

To sum up, it appears that India is looking in all directions, as reflected by its trade negotiations. It is also difficult not to see a pattern being repeated, since previously the worldwide financial crisis in 2007 had similarly instigated negotiations only for the last round of these to come up short in 2013. As such, this highpoint in the EU-India relationship must be sustained through careful planning and incisive action regarding the plans formulated at the meeting. In the short-term, it should translate to decisive aid addressing India’s current situation, and in the long-term willingness by both parties to make concessions in action within the framework of existing institutions including the European Investment Bank, the Indian Renewable Energy Development Agency and the State Bank of India. On the EU side in particular, garnering private interest in investing in India will remain a key challenge. For this reason it is a solid investment protection agreement that should remain a priority for both parties, even if at the detriment of other negotiations.

The connectivity partnership, on the other hand, while recognizing that “alignment with expressed interests of concerned communities and respective social and environmental impact assessments are of pivotal importance for all connectivity policies and actions”, must account for some idiosyncrasies of the Indian economy. Firstly, the very large cost of processing and protecting user data as per General Data Protection Regulations (GDPR) could form a barrier for Indian firms looking to operate or expand their activities in the EU; as such it would be necessary to ensure that said firms only need to do so for EU customers, at least in the short-term.

With both parties having acknowledged the key role the private sector will play in allowing India to adopt more innovative technology, it is also crucial for the EU and India to work together in creating stronger and more uniform intellectual property rights. Ensuring globally fair financing conditions for infrastructure should also be a highly important item on their agenda. Finally, people-to-people exchanges should also form a substantial part of future developments, for example through (short-term or longer-term) exchanges of academic staff and industry leaders. Should the EU and India succeed in overcoming their differences and adequately address the above mentioned pitfalls, EU-India relations may well be looking into a promising future.