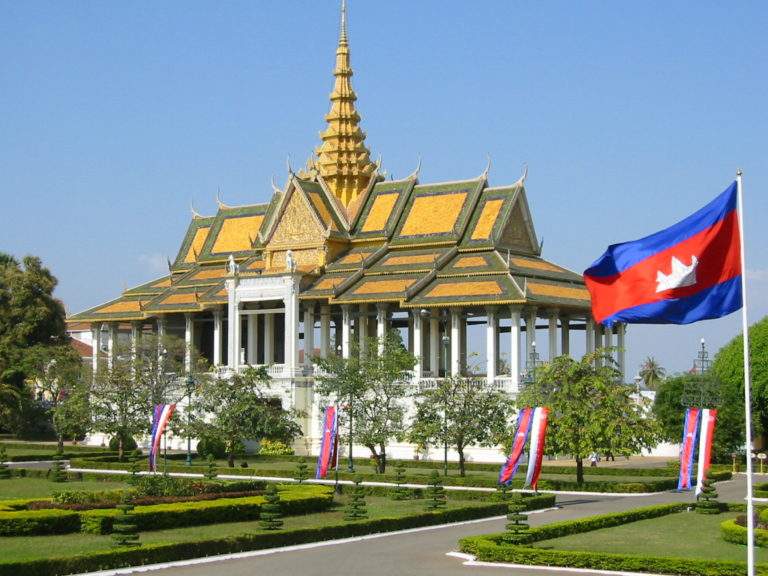 The 13th Asia-Europe Meeting (ASEM) took place on 25-26 November 2021 via videoconference under the theme “strengthening multilateralism for shared growth". ASEM has major untapped potential but remains a valuable platform for dialogue and the exchange of information for its members.

The format brings together 30 European and 21 Asian member states, the EU and the ASEAN Secretariat, to discuss a variety of issues. This November’s meeting was chaired by Cambodia’s Prime Minister Hun Sen, who will also serve as the ASEAN Chair in 2022. This ASEM Meeting was in fact scheduled to take place a year earlier on 16-17 November 2020 but due to the COVID-19 pandemic, it was first postponed to March 2021 and then again to November 2021.

The Asia-Europe Meeting is an intergovernmental process established in 1996 among 15 EU member states, 7 ASEAN member states, China, Korea and the European Commission and has been growing and maturing ever since. The idea to create the Summit arose from the mutual recognition that the relationship between the two regions “needed to be strengthened”. In 1994, in order to foster dialogue, both the European Commission and Singapore recognized the necessity of strengthening relations between Asia and Europe. Singapore and France were considered the initiators of the ASEM process as they were first to propose a meeting to strengthen the ties between the two regions. As a result of Singapore’s request, the first ever ASEM Summit took place on 1-2 March 1996.

According to the ASEM InfoBoard, “ASEM addresses political, economic, financial, social, cultural, and educational issues of common interest in a spirit of mutual respect and equal partnership”. The Summit constitutes a discussion-based informal process to foster dialogue and mutual understanding, while it does not replace other bilateral and multilateral relationships between Asia and Europe. The 2021 summit marked ASEM’s 25th anniversary. The leaders expressed satisfaction with the achievements and progress made since 1996 and, as outlined in the ASEAN Chairman’s Statement, they “were committed to further enhancing the cooperation, partnership and connectivity between Asia and Europe”.

Charles Michel, President of the European Council, participated together with Ursula von der Leyen, President of the European Commission, Janez Janša, the Prime Minister of Slovenia and EU Council President, as well as Josep Borrell, the High Representative for Foreign Affairs and Security Policy. Charles Michel stated that “this year’s summit was one of the most important multilateral meetings of 2021” as a wide range of significant topics were covered, including post-pandemic recovery and the transition to green energy. The discussion among the countries’ representatives was divided into three topics: global and regional challenges, post-pandemic socio-economic recovery, and ASEM Connectivity. Starting with global and regional challenges, the three sections will be examined in greater depth below.

This part of the talk started off with the question of how to address global and regional challenges. Both sides expressed the importance of “confidence-building measures and preventive diplomacy” in enhancing security and peace. Concerns about “the proliferation of Weapons of Mass Destruction” were also raised, and they emphasized the importance of human rights. Moreover, leaders acknowledged the importance of tackling terrorism and collaborating in the fight against trasnational crime.

The discussion then shifted to regional issues, in which they all stressed the urgency of finding a solution to the Korean peninsula’s situation and a path toward total denuclearization. The various leaders welcomed the latest diplomatic developments towards the re-opening of dialogue with the Democratic People’s Republic of Korea (DPRK) and all emphasized the importance of implementing the UNSC Resolution 2397 “for the complete, verifiable and irreversible dismantlement of nuclear and other weapons of mass destruction”. It is worth noting that certain ASEM Partners, Japan in particular, have raised concerns about human rights violations, such as the issue of abduction. Ever since the DPRK confessed to kidnapping in 2002, the Japanese government has been seeking to find a solution.

Next, the Myanmar crisis was brought to the table with leaders acknowledging the effort made by ASEAN with its five-point consensus and calling on all parties to engage in a constructive dialogue. The situation in Afghanistan was also discussed, with leaders emphasising the need of the international community in “supporting regional stability” and “addressing the severe humanitarian crisis”. Furthermore, President of the European Council Charles Michel pointed out the significance of the Indo-Pacific Region for Europe: “we have decided to reinforce our strategic focus, presence, and actions with the region. Our new EU strategy for cooperation in the Indo-Pacific sends a strong political signal”. The tone of ASEAN, on the other hand, was more formal than the EU’s. In their statement the leaders reaffirmed their commitment “to uphold freedom of navigation [..] in full compliance with international law, in particular the UN Convention on the Law of the Sea (UNCLOS), in the interest of all”. However, not all Asian partners were as formal. Japanese Prime Minister Kishida was more outspoken in his support for maintaining the status quo in the East and South China Seas. PM Kishida reportedly stated that the “Free and Open Indo-Pacific” is “a common interest” and “it is important to resolve problems between nations based on dialogue and cooperation without relying on power or coercion”. Besides showing concerns on the human rights situation in Hong Kong and Xinjiang, he also expressed displeasure with China’s increasing military presence in the region.

ASEAN, being a consensus-based organisation made up of diverse countries with very different forms of governments, is overall less vocal in its statements. Firstly, not all ASEAN member states are claimants to these maritime disputes (for instance Laos, Myanmar and Cambodia). Secondly, their policies towards China are shifting to a milder tone, even among the countries involved in maritime conflicts. Thanks to large sums allocated to infrastructure projects in ASEAN by China, the association’s general stance towards China is more “conciliatory“. On the other hand, Japan,  as well as other stakeholders such as the EU, may have different perceptions towards China’s growing assertiveness in the region. Their stronger statements during the ASEM summit can be illustrated by already taken concrete actions For instance, in February 2021, Germany sent a frigate to the region for the first time in two decades, and in May 2021 France participated in joint exercises with Japan, Australia and the US. Japan, too, has become more proactive, coming up with the Free and Open Indo-Pacific initiative and lobbying for an enhanced European presence in the region, while also assuming a pivotal role in maintaining the status-quo.

In sum, the leaders reiterated their adherence to past accords, but did not move beyond them as no new proposals or resolutions were presented at the summit.

​​The Phnom Penh statement on post-COVID-19 socio-economic recovery reaffirms the commitment to enhance multilateral platforms, strengthen existing regional mechanisms in the fight against the pandemic, ensure a coordinated and systematic response, while following science-based policies. Emphasis was placed on the need for all countries to have equitable and timely access to quality, safe and effective diagnostics, medicines and vaccines in their COVID-19 responses, calling for the strengthening of national and multilateral approaches in international cooperation.

Leaders acknowledged that the pandemic containment measures have been disrupting global demand and supply chains and affected food security. They stressed the importance of ensuring sustainable development as defined in the 2030 Agenda for Sustainable Development and the Paris Agreement, while enhancing resilience of the global value chain and “trade financial system”. The global response to the pandemic presents an opportunity to accelerate the transition towards a low-carbon socio-economic recovery, as well as green and circular economies.

Furthermore, the need to support micro-, small- and medium-sized enterprises (MSMs) was underscored, particularly in the area of the creative economy and start-ups. As the COVID-19 crisis drives rapid digitalization across all sectors, the leaders urged all governments to speed up the provision of digital skills and digital literacy in order to bridge the digital divide between developed and developing countries.

The Way Forward on ASEM Connectivity

The third and final statement, on Connectivity, set out a number of recommendations which members may implement on a voluntary basis. They concern the organisation of meetings, information sharing and promoting ASEM connectivity via the ASEM InfoBoard. Ultimately, it seeks to enhance engagement between ASEM leaders and the usage of existing mechanisms to promote inclusiveness of planned projects among ASEM stakeholders. Leaders also highlighted the importance of reinforcing social and cultural links between Europe and Asia, including the participation of young people in political processes and volunteerism in economic sectors such as sustainable tourism and the creative economy.

Despite being criticised for its informality and inability to deliver binding decisions, ASEM remains a political gathering at the highest level, created to foster dialogue and cooperation between its members. It consists of one of the largest political meetings outside the UN, accounting for over 50% of the global GDP and half of the world’s population. Yet, since it is “recognized at the head-of-state level, it can be a valuable motor driving toward change”, as its informal tone prevents bilateral confrontations.

During the first plenary session, Chinese premier Li Keqiang underlined that “trust and collaboration between Asia and Europe has strengthened considerably since the first ASEM summit 25 years ago” and “European leaders pledged to further boost those ties in tangible ways”. Ursula von der Leyen accentuated that “going a step further to boost our joint recovery we are going to intensify our investments like never before. We are going to create new links both physical and digital between our regions”, while Charles Michel further stressed the need to “enhance the post-pandemic socio-economic recovery, ensure a green transformation and reinforce cooperation on foreign and security policies”.
“Amid the unprecedented challenges of the pandemic as well as other threats like climate change, the governments of Asia and Europe sound determined to work collectively for the common good of their 4 billion people, just as this summit intended”. The next ASEM summit is scheduled to take place in a year’s time. If the pandemic allows, the summit is ought to take place in-person, also offering the space and opportunity for bilateral side meetings to occur among the participating delegations. Despite the enthusiasm for the platform of leaders such as Li Keqiang and von der Leyen, ASEM has major untapped potential and still has its flaws. Its meetings lack effectiveness and efficiency due to their size, informality and short duration. Nevertheless, it is still a valuable and useful multilateral dialogue platform for the exchange of information among nations that have no other medium to do so.