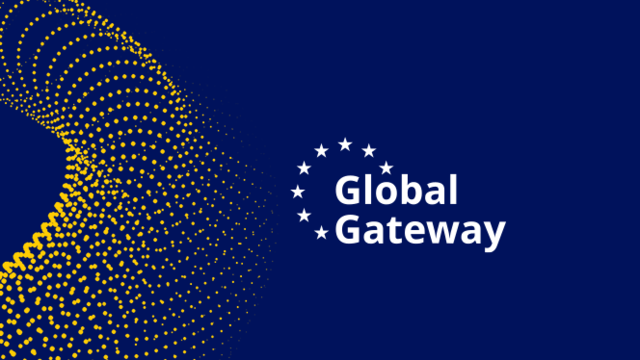 Stairway to Heaven or Highway to Hell? The EU’s Global Gateway and Expanding Economic Statecraft

On 1 December 2021, the EU launched its brand new infrastructural development scheme – “The Global Gateway”. By pledging to mobilise up to 300 billion EUR in investments by 2027, the EU is adding significant firepower to its toolkit of economic statecraft.

The Global Gateway is the latest addition to an expanding array of infrastructural development initiatives. Since its launch in 2013, China’s Belt and Road Initiative (BRI) has grabbed the headlines due to its global reach and ambition. This triggered an action-reaction race in which competitors to the BRI – chiefly, Japan and the US – pushed forward alternatives – i.e. the Blue Dot Network – stressing the financial, environmental, and social sustainability of their projects, allegedly as opposed to those developed under the BRI banner. This, in turn, prodded China to update its BRI, adding an environmental, digital, and health dimension to it, thereby feeding this action-reaction cycle.

The global competition in infrastructure opens several opportunities for Asian countries desperately in need of improved connectivity to boost their economic development. This article focuses on the Global Gateway’s potential to meet the developmental needs in Asia and the EU’s role in this process. First, this op-ed will set the context, briefly outlining the main players and initiatives linked to infrastructural development. It will then analyse the EU’s Global Gateway, dissecting its priorities, governance, and instruments. Finally, it will assess whether this new scheme could really advance the EU’s interests, meet the pending connectivity challenges in Asia, and what it can add to the global connectivity race. The EU’s growing activism on the international scene has often fallen short of the bloc’s pledges. The Global Gateway is set to further test the EU’s ability to deliver on its promises.

Needs and Answers to Asian Connectivity
Connectivity is key to Asia’s economic, environmental, and digital development. According to a report published by the Asian Development Bank, developing countries in the region must invest around 1.7 trillion USD until 2030 yearly to sustain economic growth. Moreover, the adverse effects of climate change have severely impacted the region, stressing the need for environmentally sustainable infrastructure. For instance, an estimated 2 trillion USD of yearly investments in green infrastructure over the next decade is necessary to abate Southeast Asia’s emissions alone. Additionally, Asia’s bandwidth demand increased by 53% annually between 2014 and 2018, making the continent a lucrative and urgent destination for digital connectivity investments.

This enormous demand has attracted the attention of actors willing to advance their own commercial and strategic interests. The main investor in Asia has traditionally been Japan, willing to find markets for its post-Second World War growing industrial base. However, since the 1997-1998 Asian Financial Crisis (AFC), the role of Japan as an investment provider shrank in comparison to rapidly developing economies such as China. Virtually unscathed by both the AFC and the 2008-2009 Global Financial Crisis, Beijing followed Japan in the attempt at opening new markets for its oversupplied economy. In 2013, President Xi Jinping launched what is now known as the BRI, a colossal infrastructural investment scheme whose size is estimated to be between 1 and 8 trillion USD.

Prodded by the strategic benefits that China’s BRI brought to the state, competitors followed suit, fearful that Beijing would expand its economic and political influence to the detriment of their own interests. A prominent example is Beijing’s Digital Silk Road, the high-tech leg of the BRI. By purchasing Chinese technologies, BRI partners sign long-term contracts with Chinese suppliers – e.g. Nigeria with Huawei –, putting Chinese firms at the centre of the value chain, successfully excluding competitors. Thus, in 2019, the US, in concert with Japan and Australia, launched the Blue Dot Network, promoting financially, environmentally, and socially sustainable infrastructure investments. Ever since, the Blue Dot group has juxtaposed their initiative to China’s, which has precisely been accused of giving little attention to the financial, environmental, and social implications of its projects.

Ever since the Blue Dot Network was launched, similar schemes have sprawled. Japan has ramped up its connectivity investments in Southeast Asia – estimated to be worth 259 billion USD. Moreover, G7 partners – including the US and EU members France, Germany and Italy – unveiled in June 2021 the Build Back Better World Partnership (B3W) to mobilise private investment in connectivity. Explicitly aimed at competing with China’s BRI, the G7 partners have launched their own “values-driven, high-standard, and transparent infrastructure partnership led by major democracies”. As a countervailing option to the BRI, the B3W has the potential to bridge gaps exposed in the implementation of BRI projects. Indeed, the G7 initiative expands third countries’ choice, potentially enabling them to avoid dependencies. However, it remains unclear whether the vaguely defined B3W will make good of its promises. Mobilising private capital requires the right incentives and risks of falling short of grandiose pledges should these incentives fail to materialise. Moreover, G7 allies will need increased consultation and coordination to avoid duplications and inefficiencies between B3W-sponsored schemes.

The Global Gateway
The EU’s newly introduced connectivity strategy, the Global Gateway, complements and advances the B3W. It builds on the EU’s 2018 Asia Connectivity Strategy, it is grounded on democratic values and promotes financial, environmental, and social sustainability and transparency. Moreover, it pledges to establish “equal partnerships”, as opposed to “dependencies”, by enhancing consultation and cooperation with partner countries.

In terms of financing, the Global Gateway aims to mobilise a total of 300 billion EUR in the period 2021-2027 from both private and public investors. Of these 300 billion EUR, 135 are provided by the European Fund for Sustainable Development (EFSD+), 18 billion EUR obtained in grant financing under external assistance programmes, and 145 billion EUR of planned investment provided by EU financial and development institutions – i.e. the EIB and the EBRD. To mobilise private capital, the EU will largely rely on the EFSD+. The instrument will contribute to de-risk activities by providing a total of 26.7 billion EUR in guarantees to investors through the EIB. Moreover, the Global Gateway proposes the establishment of a European Export Credit Facility to help EU firms compete with contenders benefiting from government subsidies by facilitating European companies’ exports.

The Global Gateway’s resources will be allocated over a set of five priority areas, which, apart from health, mirror the 2018 Connectivity Strategy – digital connectivity, climate and energy, transportation, health, education and research. The EU aims at mobilising its telecommunications firms to deploy digital networks and infrastructures, promoting an open and safe Internet based on the EU’s own GDPR rules. Additionally, in accordance with the Paris Agreement, the EU will fund partner countries’ energy transition, and will promote sustainable and resilient modes of transport. The EU will also work with its partners to make supply chains for critical medical materials more resistant to disruptions, and increase education exchanges and collaborations through the Erasmus+ programme and Horizon Europe, respectively. Collaboration will not only be encouraged between EU institutions and Member States through a so-called “Team Europe” approach – i.e. a whole of Europe approach. Indeed, the EU pledges to double down on diplomacy to build on existing partnerships and develop new ones in digital, green, and sustainable connectivity.

To achieve these goals, the EU will coordinate both with its Member States and like-minded partners. Beyond the aforementioned G7 group, it will foster its Connectivity Partnerships with Japan and India, and push for a similar ASEAN-wide partnership, thus addressing Southeast Asia’s infrastructure needs. Moreover, the EU will coordinate digital connectivity initiatives with the US through the Trade and Technology Council launched in June 2021, and will seek to strengthen collaboration with Canada and South Korea as like-minded partners with significant capabilities to contribute to infrastructure development.

All Roads Lead to… Europe?
The Global Gateway is the EU’s own bid to ramp up its economic diplomacy in the world and particularly in Asia, where the growing demand opens for profitable opportunities. The EU will thus join the global infrastructure investment race, promoting its interests and values.

The growing international competition in this issue-area, coupled with the current European Commission’s ambition to be a “Geopolitical” Commission under von der Leyen, have spurred the EU to join the fray. In particular, the Global Gateway – echoing B3W – aims at establishing a counterbalance to China’s BRI. This becomes apparent from the language. Indeed, while the indicated priority areas – digital connectivity, climate and energy, transportation, health, education and research – mirror the BRI’s, the values promoted by the EU are defined as democratic and sustainable, hinting at the aforementioned criticisms made against China. Moreover, echoing China’s ambition to create a “community of common destiny”, the EU’s High Representative for Foreign Affairs and Security Policy Josep Borrell stated that the Global Gateway will help “build shared communities of interest” more attentive to recipient states.

The greatest challenge lies, however, in the implementation phase. China’s BRI provides the most useful example – the nascent stage of competing alternatives makes it difficult to assess their impact. The BRI has encountered a series of roadblocks, from the scarce adaptation to complex regulatory environments to civil society opprobrium generated by the use of Chinese workforce in several projects. Yet, BRI investments remain a highly appealing option. The ostensibly conditions-free nature of Chinese investments make them particularly attractive to developing countries unwilling to undertake costly and potentially destabilising market and/or governance reforms. Pushing for high transparency, democratic, and sustainability standards, G7 partners and the EU will thus address concerns of recipient countries tied to the sustainability of Chinese investments. However, the EU will need to tailor country-specific solutions, thereby avoiding fears of domestic interference. Moreover, the EU has often struggled to implement its ambitions because of the scarce awareness among third countries of initiatives promoted by the EU. To address this problem, the Global Gateway foresees the launch of awareness campaigns and deploys the global presence of the EU Delegations to extend its outreach.

The Global Gateway thus confers the EU the potential to make good of its promises. Only time will tell whether this new addition to the global investment race will be a successful gambit.