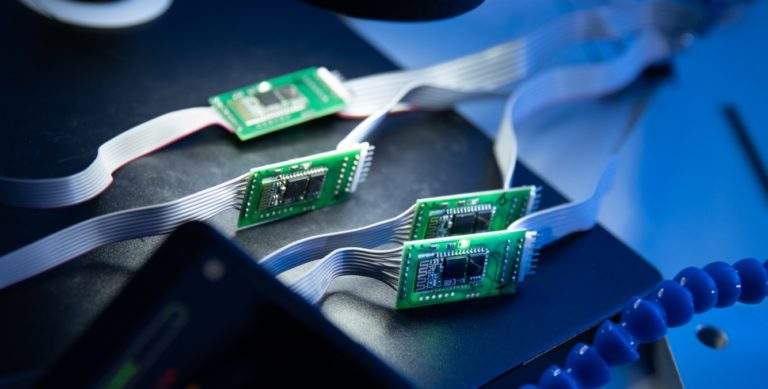 The scarcity of semiconductors has made strategic autonomy a geopolitical concern. What are the prospects for the EU´s strategy towards semiconductors? How do other actors fit in and what are the missing pieces of the puzzle?

On 23rd January 2021, the German Minister of Economic Affairs and Energy, Peter Altmaier, wrote a letter to the Taiwanese Minister of Commerce, Wang Mei-Hua, asking for her diplomatic support in easing the shortage of semiconductors German car-makers are facing. Altmeier hoped that the Taiwan Semiconductor Manufacturing Company (TSMC), the world’s largest contract manufacturer, could be persuaded to increase its production rate and prioritise the orders of Germany’s automotive industry. It therefore must have felt like a déjà vu for her when Joe Biden’s top economic adviser, Brian Deese, approached her in a similar effort, while the President himself ordered a 100-day government “review of potential vulnerabilities in U.S. supply chains for critical items”, including semiconductors, which are an integral part of almost all high-tech products.

Securing the Supply of Semiconductors – A Geostrategic Matter

The global shortage of semiconductors is not only costly, it furthermore demonstrates the fragility of supply chains and the reliance on Taiwan – particularly when it comes to the production of computer chips itself. In 2020, China imported semiconductors worth USD 350 billion, a 14% increase from 2019. In total, only about 6% of the chips that Chinese companies processed were produced domestically. Likewise, while the US accounts for 48% of the global chip-sales, only 12% of the world’s semiconductor manufacturing is done onshore in the US. Europe currently even accounts for less than 10% of global production.

The dependence on offshore production of semiconductors and microelectronics may turn into a significant obstacle in the great power race for “supremacy in the modern tech-defined economy”, with far-reaching consequences for the development of critical infrastructure and national security.

In an effort to address this weak spot, China, the US and the EU have started rolling out their respective strategies. In 2014, the Chinese government initiated the “China National Integrated Circuit Industry Investment Fund”. In order to catch up with global standards and strengthen its domestic supply chains, the initiative aims at funding start-ups and R&D in the semiconductor industry. Beijing’s quest for self-reliance has been further reinforced by its “Made in China 2025” policy. According to the paper, China plans to cover 70% of its chip demand with domestic production by 2025. In 2020, the state-led fund reportedly reached an investment volume of almost USD 150 billion, with the Semiconductor Manufacturing International Corp. (SMIC), China’s largest chip foundry, being a prominent beneficiary.

Of course, China’s ambitious plans have not gone unnoticed in Washington. In a recent report, the American Semiconductor Industry Association (SIA) warns that without government subsidies, only 6% of newly developed global manufacturing capacity by 2030 will be located in the US. Accordingly, the SIA has been pleased to learn about the passing of the “CHIPS for America Act” and the “American Foundries Act” in December 2020. Once approved, the initiatives may provide up to USD 25 billion for the development of domestic manufacturing capacity and another USD 5 billion for research purposes.

The importance of semiconductors has also been recognised by the EU, as Industry Commissioner for the Internal Market Thierry Breton warned that “without an autonomous European capacity in microelectronics, there will be no European digital sovereignty“. Accordingly, at least 20% of the global semiconductors and microprocessors by value should be produced in the EU, including leading-edge chips below the size of 10 nanometers (nm), gradually moving towards 2nm nodes for processor technology. However, in its effort to leapfrog to the manufacturing of advanced semiconductors, the EU continues to be reliant on support from overseas. Therefore, the EU is planning to bring Samsung and TSMC, which are currently the only manufacturers besides Intel that can produce chips at 7nm or smaller, into its alliance.

The initiative will be handled under the so-called IPCEI (Important Project of Common European Interest) framework and while the specifics of the financing remain unknown, Breton already announced that initial funding for this strategy would amount to as much as EUR 30 billion.

A Rocky Road to Strategic Autonomy

With their respective strategies being set, China, the US and the EU are working towards strategic autonomy in the semiconductor sector. The road, however, remains a rocky one. Ramping up advanced semiconductor manufacturing capabilities takes years and billions of euros in investment, while maintaining a competitive leading-edge position requires substantial and ongoing R&D spendings. And even then, success is by no means secured.

China, for instance, despite its massive financial efforts since 2014, is projected to reach only one third of its 70% self-sufficiency goal by 2025 and is therefore “highly unlikely to achieve independent semiconductor manufacturing capabilities in the next five to ten years”. Moreover, in terms of innovation, China´s SMIC is still roughly four years behind market leaders.

Losing ground is also a concern in the US, where Intel could not keep up with Samsung and TSMC in the development of 5nm chips. The recently passed bills, whilst being considered a good start, might simply be “too little and too late”. In an earlier effort to secure semiconductor supplies, the Trump administration, similar to the current EU strategy, sought to onshore overseas production capacities. Eventually, TSMC announced the establishment of an advanced semiconductor factory in Arizona. Once finished, the site is expected to produce a maximum of 20.000 chips per month at the size of 5nm. However, this may be leading-edge today, but by the time operation starts in 2024, TSMC will already be producing more advanced 2nm chips at a much higher production rate in Taiwan, where multiple plants currently reach an output of 120.000 semiconductors per month.

As this example illustrates, a strategy that primarily relies on foreign manufacturers moving their production facilities to Europe will make the EU a mere technological follower instead of a pioneer. Other obstacles to the EU´s current strategy are likely to be the lack of available risk capital and the bureaucracy arising from the execution of IPCEIs.

Taiwan – Between Reliance and Tech War

With the great power competition increasingly focusing on technological aspects, Taiwan and TSMC are at risk of becoming involved in a proxy battle between the US and China. Being caught between its two largest trading partners (China 24.3% and US 13.2% of total trade in 2019) entails significant consequences for Taiwan’s economic security, particularly when considering that 15% of its GDP comes from the semiconductor industry. Taiwan’s macroeconomic dependence on the US and China is also reflected on the individual corporate level. TSCM, for instance, made almost 80% of its revenue in 2019 from either China (20%) or the US (59%), while the vast majority of the former is accounted for by TSMC´s second-largest customer Huawei.

As a result, Taiwanese companies are highly susceptible to developments in the context of the tech war. While the firms still managed to find loopholes in early US policies targeting Chinese companies, this is no longer possible. The restrictions imposed by Donald Trump in August 2020 require foreign semiconductor manufacturers using US equipment to obtain a special license before selling their products to for instance Huawei. As a result, TSMC and other Taiwanese chipmakers already announced to have halted orders from blacklisted Chinese companies such as Huawei or Tianjin Phytium in accordance with the tightened restrictions.

Beijing´s answer, however, followed promptly. Through a new bylaw, third-party companies complying with US-imposed bans on tech and supplies to Chinese firms may be sued and punished, thus seeking to counteract Washington’s attempt to gain extraterritorial influence.

In view of Taiwan’s dependence on the US and China as trading partners, its central position in the tech war, and China’s and the US’ long term pursuit of self-sufficiency, Taiwan will require effective risk mitigation strategies. Picking sides, for instance by joining a US-led semiconductor alliance as proposed by President  Biden, may be a risky move for now. One reasonable way to preserve Taiwan’s economic interests would be to diversify its trading partners beyond the heat of the tech war, for instance with the EU. Although being considered as a potential ally of President Biden’s anti-China tech initiative, recent actions such as the agreement on the Comprehensive Agreement on Investment (CAI) with China suggest that the EU seeks to maintain a relatively balanced relationship between the two adversaries.

The sluggish results from China and the US demonstrate that even though the EU is working towards digital strategic autonomy, it is rather questionable whether this objective can be reached with the current strategy of capacity building and reshoring.

Therefore, instead of investing billions of euros and valuable time into trying to catch up with Taiwan’s world-class manufacturers, the EU would be well advised to recall the basics of international economy and trade: Ricardo’s comparative advantage.

Accordingly, the EU should focus on developing sectors where its companies are already industry leaders, such as the semiconductor equipment manufacturing sector or the chip architecture sector. Furthermore, “with a strong focus on sensors, power electronics, embedded security solutions and security chips, some European firms have a dominant role when it comes to automotive, industrial applications, and encryption”.

The complementary nature of the EU’s and Taiwan’s semiconductor supply chains has also just recently been highlighted by industry expert Terry Tsao. In an effort to remain competitive on a global scale, he encourages an EU–Taiwan chip alliance that recognises each partner’s competitive advantage: while Taiwan is leading-edge in advanced manufacturing, it requires technological support in precision engineering, equipment, and advanced materials – fields in which the EU holds a strong position.

Ultimately, advancing one’s own core competences and forming a reliable alliance with Taiwan may be a faster and more efficient way to strategic autonomy than the EU trying to do everything on its own. The latter also bears the risk of the EU losing its competitive advantage and therefore its status as an indispensable partner in the global semiconductor value chain.

With the agreement in principle on the CAI in place, voices in the European Parliament seem to be gearing up to engage in concrete discussions, mobilising support to pressure the European Commission as well as the European External Action Service (EEAS) to move towards Taiwan and to give a potential bilateral agreement a more practical application. While in mid-2020, the European Commission and members of the EU Council were still hesitating to address the prospects of a bilateral agreement between Taiwan and the EU before the EU-China Comprehensive Agreement on Investments was sealed, it may be the time to act. The semiconductors case has illustrated the EU’s pressing need to achieve more resilient and secure supply chains if it were to move towards strategic autonomy. However, the road may not be paved yet, and the EU would need to consider a rist of geopolitical trade-offs.