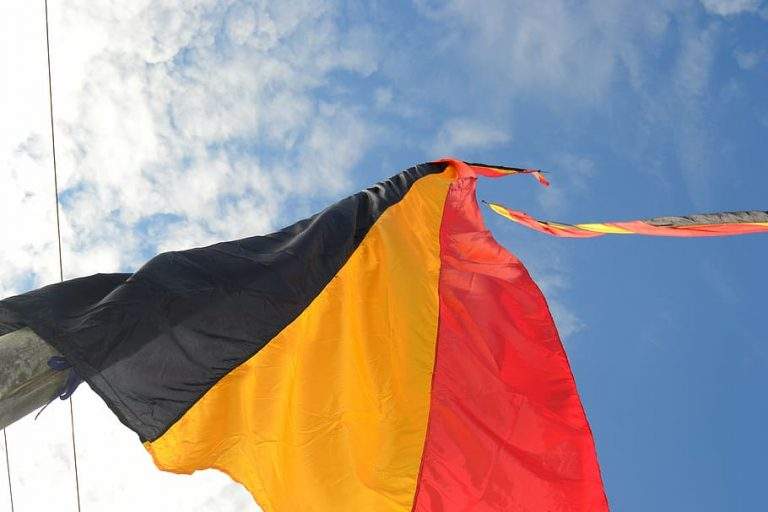 Following suit after France’s security strategy in the Indo-Pacific region, Germany is the second country in the EU to present its official vision on the region. On 1 September 2020, the German Federal Foreign Office unveiled its 70-page policy guidelines on the Indo-Pacific region, aiming at constructing multifaceted multilateral partnerships. The Indo-Pacific, to date without a clear definition or delineation, is referred to as covering the entire region of the Indian and Pacific Oceans. As Germany’s Foreign Minister Heiko Maas asserted, the importance of global cooperation is on the rise, in particular with the Indo-Pacific region.

The guidelines point out that the German Government affirms the significance of actively developing multilateralism, especially in the post COVID-19 pandemic era. Since the political and economic power of the Indo-Pacific countries have been catching up with China, Germany is seeking  to develop closer partnerships with the region. Expectations are set on pursuing greater common interest in economic and trade relations, fighting climate change, as well as enhancing security and stability in the region. Amongst all the targeted partners, the Association of Southeast Asian Nations (ASEAN) is considered the most critically valued future ally for Germany in the Indo-Pacific.

The outlined vision includes a variety of resolutions in multiple fields. As claimed, Germany has put environmental matters high on the agenda with its partners in the Indo-Pacific region, specifically addressing marine pollution and climate change. Despite hazarding the environment and damaging biological diversity due to rapid urbanisation, the Indo-Pacific is accounted for illegal wild animal markets and further spreading viruses carried by wildlife. Besides trying to put a hold to these practices, Germany has allocated EUR 2,25 billion to the Green Climate Fund for developing countries, fostering low-emission development.

Furthermore, Germany aims to strengthen its current security policies and boost its defence partnerships in the region. In particular, counterterrorism has been identified as one of the targeted areas for enhanced cooperation. The guidelines suggest that poor prospects in the region have boosted terrorism, making the region ‘a haven and a recruitment and combat zone’ for jihadist terrorists organisations. Another pending debate is on opposing nuclear weapons holders, including North Korea and China. These require global cooperation, which Germany will be actively involved in by aligning with intergovernmental organisations, such as ASEAN, NATO, and UN.

Economic relations – as cited in the opening of the guidelines – will be further developed against the background of skyrocketing GDP and economic growth, as well as political influence in the Indo-Pacific. Aside from these notable economic improvements, countries in the region will help diversify Germany’s global trading partners, offering openings to explore new markets. As a result, a number of additional EU free trade agreements are expected to be negotiated and signed with Indo-Pacific countries to help improve the competitiveness of German and European products in these markets. Other key priorities include the promotion of human rights, exchanges in the fields of culture, education, science, and technological developments. All in all, Germany’s new policy is expected to be based on equality and fairness for both sides, bringing in a fresh look in many of the involved countries and to the regional context.

Due to Germany’s long history of remaining largely favourable to China in the trade and investment spheres, China’s stance in this debate and reaction to Germany’s recently shifted policy has been drawing major attention. In its guidelines on the Indo-Pacific, Germany suggests a push towards a similar move at the EU level,  especially in view of Germany’s current EU Presidency (until the end of 2020). While China has repeatedly reported on its close friendship with Germany in the media, the official guidelines are considered a thorn in the eye of China.

The virtual meeting of EU-China leaders in September 2020 put forward climate change, trade, and human rights as priorities in the EU’s Relations with China, pushing for a bolder stance and more fairness and reciprocity. Council President Charles Michel asserted that “Europe needs to be a player, not a playing field. Today’s meeting represents another step forward in forging a more balanced relationship with China”, clarifying that Europe will not further withstand the current inequality in trading. He also addressed the necessity for China to “respect international law”, and avoid unilateral actions in the South China Sea. The outcome of the meeting clearly suggests that the Indo-Pacific Guidelines are not just in France and Germany’s interest. The EU as a whole also has strong intentions in expanding and diversifying its cooperation with external partners.

The EU and Germany’s Indo-Pacific guidelines

Combining a strong economic dependency on China with an increasing systemic rivalry, France and Germany have both reached the same page in their approach towards the Indo-Pacific. It is foreseeable that more EU countries will follow in their footsteps, declaring enhanced partnerships with the Indo-Pacific, targeting multilateral development while maximizing the potential benefits. However, not much has been delivered through the guidelines so far, as more detailed policies are yet to be put forward.  Germany aspires to further apply EU trade policies in the Indo-Pacific. Germany will be encouraging other EU members to build partnerships with the region too, advancing its strategy at the EU level. In balancing China and the Indo-Pacific, the EU can play a major role in standing up for those member states striving to branch out their partnerships. Under the EU’s guidance, adjustments will be made so as to ensure that the policies are appropriately adapted to the new partners.

Germany’s guidelines for the Indo-Pacific region are clearly turning a new page in its foreign policy and international relations. As slightly exaggerated in the guidelines, the Indo-Pacific region is thriving politically and economically, making it a necessity to interact more intensively with the region. For Germany, further establishing connections with the region will also bring significant possibilities in trade, thus redistributing China’s political and market dominance in Germany. The EU is unlikely to be excluded in the process. Instead, in proactively pushing for a comprehensive EU Indo-Pacific strategy  it can lead by example and show Germany and other EU Member States the way towards enhanced economic ties with the region, offering a more institutionalised and expanded approach in working with new partners in the Indo-Pacific. Now that both France and Germany have given the first impulse towards a strategic approach and further engagement with the Indo-Pacific region, the EU Institutions and other Member States are expected to follow suit, taking EU engagement with the Indo-Pacific to the next level.