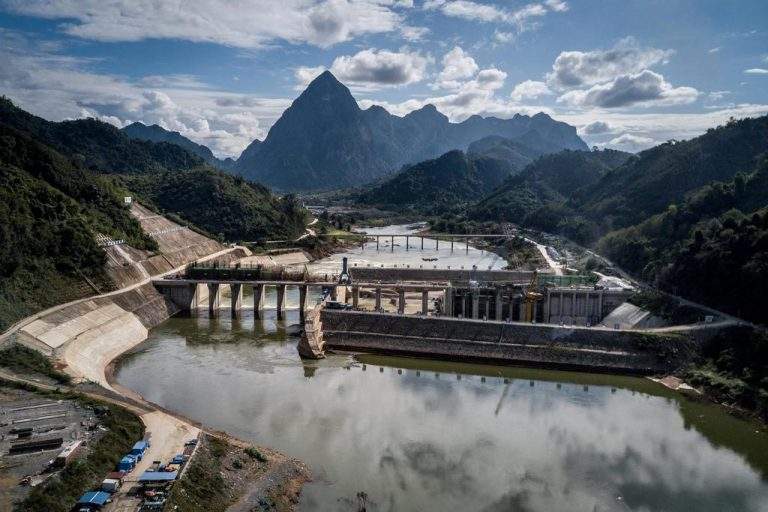 Requiem for a River: The Troubled Waters of the Mekong

As Southeast Asia’s longest river, the Mekong embodies both the region’s heart and lifeblood. Despite offering countless benefits to its population for thousands of years, the river is now increasingly facing a plethora of challenges – particularly in relation to hydropower development – which are putting its very existence in jeopardy. In a strategic region where controlling the Mekong’s waters means exerting power over most of the Southeast Asian economy, the sustainable management of the river has become a major regional geopolitical issue. Representing one of ASEAN’s most urgent problems, this op-ed will discuss the concerns and state of play in the Mekong basin, before suggesting some potential avenues for the EU to reverse its worrisome course.

Importance of the Mekong

Like other great Asian rivers such as the Ganges or the Yangtze, the Mekong springs forth in the glaciers of the Tibetan plateau. From there, the river flows 4,000 km southward across six countries – China’s Yunnan province, Myanmar, Laos, Thailand, Cambodia and Vietnam – before emptying itself into the South China Sea near Ho Chi Minh City.

Not only is the Mekong basin historically, culturally, and spiritually significant, as epitomised by  it being considered both the cradle of the Khmer civilization and the home of the nāga, a mystical serpent-like creature ubiquitous throughout Southeast Asian folklore. The river also represents a vital source of food and livelihood for the 70 million people that depend directly upon it. In fact, thanks to the nutrient-rich sediments carried along its course which nurture its soil, the basin acts as one of the most fertile and biodiverse areas on the planet. The region hosts the world’s largest stretch of inland fishery resources and some of the top global rice producers, making it simultaneously Asia’s rice bowl and fish basket. Moreover, by harbouring thousands of plants and animal species, including endemic ones such as the Irrawaddy dolphin and the Mekong giant catfish, the area enjoys exceptional biodiversity. This diversity, which is only surpassed by the Amazon and the Congo, is also reflected in a cultural sense, as nearly 100 different ethnic groups live along its shores.

Nonetheless, serious challenges in the management of the Mekong have emerged in recent decades, including deforestation, illegal wildlife trade, arms trade, drug and human trafficking. Out of these many concerns, however, the most pressing one arguably refers to the development of hydropower. In the 1990s, in the face of growing energy demand fuelled by rapid economic development and population growth, China became the first to dam the main stem of the river. Since then, the need for electricity in the region has skyrocketed – along with the construction of dams. As of 2020, a total of 64 dams are operating on the river’s bank, while 33 remain under construction and as many as 200 are still being planned. In no other places on Earth is the planned rate of growth of hydropower as high.

Dam constructions, however, hold incommensurable drawbacks. First, they trap most of the water and nutritious sediments that are instrumental to the survival of the regional ecosystem. Second, the infrastructure prevents fish breeding by impeding on the animals’ ability to migrate in the headwaters for reproduction. As a result of these massive disruptions, not only are fisheries biomass, agricultural productivity, and biodiversity adversely impacted, but also the entire region’s economy and food security are being put at risk. In 2019, records even showed the existence of a historic drought, with the water levels of the Mekong dropping to their lowest in over 100 years. Clearly, the human exploitation of the river for hydroelectricity, aggravated by other phenomena such as the climate crisis and sand mining activities, is causing dire – and possibly irreversible – ramifications for the basin.

In the face of such alarming reality, cooperation among the riparian countries has been relatively poor. At present, three intergovernmental organisations exist – with overlapping efforts – to coordinate the management of the river, underlining the complexity of this thorny issue. In 1995, the ‘Mekong River Commission’ (MRC) was first created to facilitate dialogue in the lower parts of the basin. Nevertheless, it has suffered from two intrinsic inconveniences: the absence of China & Myanmar as full members and the non-binding nature of its resolutions. The MRC was then joined in 2009 by the US-backed ‘Lower Mekong Initiative’ and, most recently, in 2016 by the Chinese-sponsored ‘Lancang Mekong Cooperation’ group. Against this backdrop shaped by the interests of great powers, many NGOs have been reluctant to voice their support for any of these initiatives, considering that they simply ignore ‘the elephant in the room’: whether dams should be built at all.

This apparent inability to reach a common position regarding the river’s management is derived from the fact that riparian states are animated by different – and often conflicting – interests. Overall, upstream economies are overwhelmingly seen as reaping the benefits (such as China and Laos), while those downstream are bearing the cost (mainly Vietnam and Cambodia). On the one hand, Beijing controls much of the upstream of the river by operating 11 dams, exerting what is sometimes referred to as a ‘hydro-hegemony’. Moreover, in the context of the Belt and Road Initiative, the Middle Kingdom considers the Mekong as a trade and supply route facilitating the transportation of goods to the South China Sea. As for long-isolated Laos, its government sees the production and exportation of hydropower as its main path to development. Aiming to become ‘the battery of Southeast Asia’, Vientiane has pledged that by 2025 hydroelectricity will become the country’s largest contributor to its GDP. Behind Laos’ objective lies Thailand, whose growing energy needs are driving its neighbour’s ambitions while giving policymakers in Bangkok a pivotal role in deciding the fate of the river. On the other hand, Cambodia particularly suffers from the devastating effects of dam constructions. As a major recipient of Chinese infrastructure projects and facing a soaring energy demand, however, its objections are rarely made public. Lastly, Vietnam represents the most vocal opponent of hydroelectric plants. Highly dependent on the Mekong Delta – which is home to 18 million of its citizens and accounts for half of the country’s food production – the region is predicted to be fully under water by 2100 as a result of loss of sediments and groundwater exploitation. In this context, any construction altering the flow of the Mekong thus represents a potential national security threat for Hanoi.

Most recently, the region was turned into another battleground for US-China rivalry. In April 2020, a US-funded ‘Eyes on Earth’ study affirmed that the 2019 historic drought was not primarily caused by extra low rainfall and ‘El Niño effect’ as it has initially been argued, but rather triggered by China’s dams blocking a tremendous amount of water upstream. Categorically rejecting the findings, Beijing later published its own report claiming that its infrastructures had in fact helped alleviate the drought downstream. Trapped in this battle of narratives, none of the Mekong countries has commented publicly in favour of either the Chinese or American study. According to the latest developments, and on a slightly more positive note, the Chinese leadership has committed in August 2020 to share its water management data with its neighbouring states – information formerly considered a state secret by Beijing. The move is warmly welcomed by the lower countries given that greater transparency on China’s activities remains crucial to help them better prepare for floods and droughts.

Opportunities for the EU

Overall, given the region’s prominence and the extent of the damages being caused, it becomes paramount for the EU to encourage sustainable solutions for the management of the Mekong basin. An important partner for the region, Brussels has invested nearly two billion euros in humanitarian and development assistance between 2014 and 2020 in five Mekong nations. However, stronger emphasis now needs to be put on tackling the challenges of the river specifically. First, the EU should engage with states driving most of the energy demand – namely Thailand, Cambodia, and Vietnam – to provide them with sustainable and renewable alternatives to hydropower dams. In particular, the potential for solar power in the region is significant since infrastructure is quick to build and can benefit from a sunny climate all year round. Studies have also shown that investments in solar energy can yield as much if not more power at less cost. Therefore, despite its own shortcomings, solar power represents a much more suitable solution than more familiar methods like dams and forest biomass. A second path would consist in promoting greater research and knowledge sharing to ensure the basin management is guided by the latest environmental and scientific evidence. Notably, by sending different teams of experts and by partnering with leading organisations such as WWF and UNEP, the river’s supervision could be improved. Last but not least, the EU should actively engage with China – both bilaterally and multilaterally – by making it a privileged partner for discussions. Due to its geostrategic location and ambitions, Beijing may ultimately hold the key to resolving the situation.