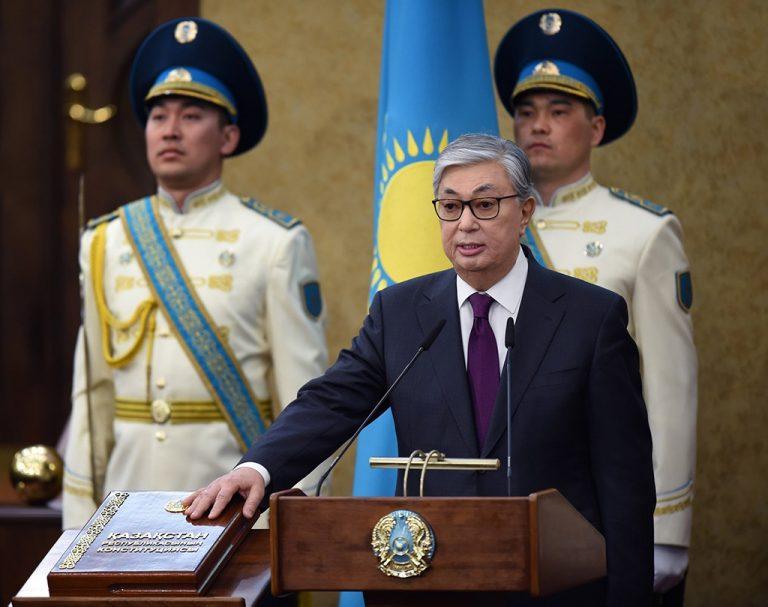 Remarks on President Tokayev’s First Anniversary as President of Kazakhstan

One year into President Tokayev’s Presidency, we can already observe some of the recurring themes that are defining his Presidency in the major policy speeches he has delivered – including the State of the Nation Address, speeches made at the meetings of the National Council of Public Trust and international fora such as the UN General Assembly. These include a commitment to political reform, a listening state, civic engagement, enhanced state-society dialogue, building trust, economic diversification and investing in human capital. The key takeaway is the realisation that political transformation is also critical to advance the country’s socio-economic development and modernisation.

And while this idea is not entirely new – we can already see that steps were made back in 2017 to increase government accountability following the constitutional reform which strengthened the country’s legislative and judicial branches – it is certainly one that will define Mr. Tokayev’s presidency.

President Tokayev has already taken some firm steps into creating a more enabling environment for civil society to flourish, encouraging a culture of peaceful protests and manifestations. For the first time in Kazakhstan, concepts such as parliamentary opposition are being openly and actively discussed. A new virtual reception office of President Tokayev was inaugurated last year to which people can submit their complaints. All this points to a gradual modernisation of Kazakhstan’s political culture.

We have already seen some success stories for civil society activists such as the cancellation by President Tokayev of the construction of a controversial ski resort in the Alatau National Park near Almaty, for which they had been lobbying for quite a long time due to concerns about its potential environmental and ecological impact.

But for outside observers, if there is one initiative associated with President Tokayev is certainly the creation of the 44-member National Council on Public Trust (NCPT), which at the very least demonstrates the awareness of President Tokayev of the need for structural reforms. The Council is formed by representatives from all walks of society, including human advocacy groups, the Commissioner for Children’s Rights, the Commissioner for Human Rights, the ombudsman for the protection of entrepreneurs, political scientists, civil society representatives, journalists and other public figures.

I believe that through the Council’s various working groups, we will see a more efficient and more targeted allocation of state resources to respond to the needs and demands of the people, and indeed where those needs are more pressing.

Further positive developments we have observed in the socio-political sphere include the new law on political parties reducing the threshold for their formation from 40,000 to 20,000 as well as the 30 percent quota for women and young people in the voting lists of political parties. This is particularly important if you have take into account the demographic profile of Kazakhstan where half of the population is under 30. The next legislative elections will be an important first test for the effectiveness of these measures.

On the economic front, President Tokayev has repeatedly emphasised the need for economic diversification. He has urged Kazakhstan to abandon the “raw material-based mentality”. And I think the current COVID-19 pandemic has shown precisely why this is needed, and pointing to the need to gradually move away from an economic model heavily reliant on the export of hydrocarbons, minerals and metals. The current crisis has led to a depreciation of the Tenge – which is closely tied to the price of oil – and has led to significantly revised budget for 2020, which was drafted under the assumption of a price of USD 55 per oil barrel.

What is clear is that during Tokayev’s presidency, the drivers of growth of the Kazakh economy will diversify, and new industries developed in the field of tourism, high-tech, finance and transportation, in order for Kazakhstan to achieve the ambitious goal it has set for itself of becoming one of the 30 most developed countries by 2050. To this end, also a greater role will need to be given to Small and Medium-Sized Enterprises (SMEs) to flourish, because these will be the drivers of innovation, growth and job creation – the idea is to increase their share in total output to 50 percent of GDP by 2050.

The post-pandemic period also should provide a good opportunity for Kazakhstan to diversify its energy supply, decrease its reliance on volatile oil prices and environmentally-unfriendly coal-fired plants, and pay greater attention to the renewables sector, and especially wind and solar projects. In this context, the Kazakh government announced last month 19 new renewable energy projects worth USD 1.1 billion, implementation for some of which will be launched towards the end of this year. All this is important because Kazakhstan has pledged to bring its share of renewable energy to 10% by 2030 and to have half of its energy coming from green, renewable sources by 2050.

Very importantly as the economy modernises and develops is that there is one left behind. In this regard, President Tokayev has been actively taking measures to strengthen the welfare state and social safety net for the most vulnerable sectors of population including large families, families with children disabilities, or families with no income providers.

Another recurring theme of President Tokayev has been the need to invest in human capital. The last meeting of the National Council of Public Trust in May was devoted to the education. The 2018 Programme for International Student Assessment (PISA) report pointed that the gap in educational achievement between urban and rural areas remains high in Kazakhstan, and that average spending per student remains below world average. In order to retain the country’s best and brightest and prevent a brain drain, and considering the positive correlation observed between funding and quality of education, the Tokayev government has pledged that by 2025 spending on science and education will increase to 7 percent of GDP, with a particular emphasis on devoting more financial and human resources to rural areas.

Lastly, in the foreign policy front, despite an increasingly disruptive global geopolitical environment, we observe in the new Concept for Foreign Policy for Kazakhstan 2020-2030 elements of continuity in the conduct of its external relations, including the guiding principles of a multi-vector, proactive and balanced foreign policy, keeping good and equidistant relations with all major world powers.

I expect that Kazakhstan will build on the achievements of its two-year non-permanent seat at the United Nations Security Council 2017-2018 and:

And after a long ratification process by EU Member States, the entry into force of the EU-Kazakhstan Enhanced Partnership and Cooperation Agreement (EPCA) will take relations with the EU to a qualitative and quantitative new level, also in the context of the EU’s new Central Asia Strategy.

To conclude, Kazakhstan is entering a new stage in the development of state-society relations. Kazakhstan is gradually moving from a doctrine of “economics first, politics later”, to a mindset that “socio-economic reforms are impossible without socio-political modernization”. In this context, people no longer judge the government solely on the basis of the material benefits and economic well-being it provides to its citizens, but increasingly demand more space to express their opinions and exercise their liberties. While political reforms are never a straightforward affair, through the creation of the National Council on Public Trust, President Tokayev has put in place an important pillar to better address long-standing socio-economic grievances of the population and to create a more enabling environment for civil society and political pluralism to flourish.