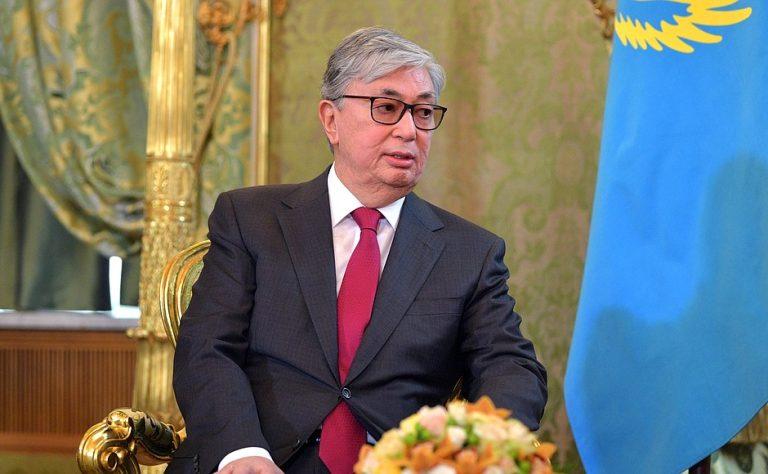 The significance of President Tokayev’s address at the second meeting of Kazakhstan’s National Council of Public Trust was not so much in the content itself, but in the frank and open manner in which it was delivered. To see the President freely acknowledging some shortfalls of government policy in tackle key socio-economic issues effectively, is very encouraging.

Plurality of opinion was a major vein running through the speech and this vital tenet of democratic governance manifested itself in objectives and policy pledges covering several different areas of legislation. These are housed under the overarching reform programme that has been given the title; “different opinions – one nation”.

Perhaps the most significant concession made by the President was not a specific policy proposal, but the simple admission that “we are overcoming the fear of alternative points of view”. This statement set the tone for the rest of the President’s address, which detailed a flurry of ambitious and exciting reforms mandating for no less than the legislative codification of a parliamentary opposition, a mandatory 30% quota of women and young people in electoral party lists and the easing of regulations and restrictions on the creation of political parties. Ensuring those who disagree with the actions of the executive have a voice in the highest echelons of government is a major step, as is ensuring that a good proportion of these voices are women and young people.

Indeed, Kazakhstan has been blazing a trail in Central Asia when it comes to improving gender equality and has been particularly successful in increasing female participation in tertiary education. There will, as such, be no shortage of capable individuals available to meet and hopefully exceed the 30% quota in each party. Halving the number of party members required for registration as an official political party from 40,000 to 20,000 is another welcome change. When applied in conjunction with the proposed legislation for a political opposition, this rule change will encourage civic engagement and eventually lead to a broader range of views represented under new political banners in parliament.

Indeed, “different opinions – one nation” reforms were not limited to parliamentary structures. President Tokayev also spoke of enshrining the right to freedom of assembly in law, unveiling plans for “conceptually new legislation” that would go beyond simple changes to the existing rules and making provision for the “organisation and conduct of all forms of peaceful assembly”. Freedom of assembly is a critically important apparatus of a functioning democracy and the potential human cost of denying this right is all too well known, not to mention the adverse effect this can in turn have on a country’s leadership. Recent anti-corruption demonstrations in Kyrgyzstan passed without incident and though relatively small in scale, provided a good example to other Central Asian states on how to effectively implement freedom of assembly and use police to efficiently marshal counter protests in order to prevent violent clashes. Violent suppression of protestors only serves to breed resentment against the state and there are countless examples of how pursuing this course of action has backfired against world governments and leaders. It is thus very reassuring to hear President Tokayev speak with such positivity on this important human right. It demonstrates that Kazakhstan is on the right path.

President Tokayev’s proposal to reduce the involvement of state-owned firms is a welcome step in the right direction towards a new (economic) growth model, which entails structural transformations of the economy that has been long used to oil dependency. The volatility of oil prices, in fact, has revealed that in the long term Kazakhstan’s commodity-dependent economic model is not sustainable. Characteristic of resource-rich economies is a macroeconomic environment dominated by State-Owned Enterprises (SOEs) and a financial sector that fails to price and allocate resources effectively, undermining competitiveness and incentives to modernise and innovate; and promoting an uneven economic playing field between SOEs and Small and Medium Enterprises (SMEs).

The Kazakh leadership understands very well that a key pillar of transformation and diversification includes private sector development, with the state adopting a more hands-off approach and limiting itself to setting the enabling policies and regulatory environment conducive for a competitive private sector including SMEs, which typically drive innovation, growth and job creation in transition economies. These reforms are critical for Kazakhstan to return to a sustainable growth path consistent with the country’s ambitious long-term goal of becoming one of the 30 most developed countries by the middle of the century.

As with private sector development more broadly, the government has long emphasized development of SMEs to support diversification. There is plenty of scope for Kazakh SMEs to increase their share of national GDP, and Kazakhstan has set a target for itself for raising the economic contribution of SMEs to 50 percent of GDP by 2050. The Business Roadmap 2020 and Productive Employment and Mass Entrepreneurship Program (2017–20), for example, include provisions for subsidized loans and business advisory support to the SME sector. While we observe that various programmes in support of SMEs have been set across various government agencies, it would be important that these efforts in favour of the private sector are more closely coordinated in order to avoid fragmentation and ad hoc support measures.

Lastly, President Tokayev touched on the important issue of language reform and the adoption of the Latin alphabet for the Kazakh language, a process initiated by First President Nursultan Nazarbayev in 2017. Some critics may argue that this is an action destined to steer Kazakhstan away from Moscow’s (cultural) sphere of influence, but this seems to be a rather superficial reading of the situation – although of course one should analyse how this move will impact the opinions and attitudes of the (sizeable) ethnic Russian minority in Kazakhstan.

Firstly, adapting the Latin alphabet provides an opportunity to unite the Kazakh diaspora on a written level. Kazakh is a Turkic language spoken by minority communities in China, Mongolia, Turkey, other Central Asian republics, Afghanistan, and Germany, among other countries. However, the different alphabets used for the Kazakh language currently divide these communities, creation a situation whereby different communities of ethnic Kazakhs cannot read the same texts. As such, Kazakhstan’s Latin alphabet project has the potential to serve as a uniting force for all Kazakh-speakers across the world. In the online and digital era we live in, this could facilitate the creation of online networks and platforms across different Kazakh diasporas.

Furthermore, the Eurasian region is not unfamiliar with script change processes. The Turkic languages of the region have especially experienced several changes ranging between the Arabic, Cyrillic and Latin alphabets. Kazakh, in particular used to be written in Arabic script from the 11th century up to 1927. Between 1927 and 1940, the Soviet Union briefly introduced a Latin alphabet, before switching to Cyrillic.

Several former Soviet Republics have undergone the Latinisation of their alphabet for various reasons ranging from modernisation, Westernisation or as a sign of political independence. In Kazakhstan, the Latinisation of the alphabet may in addition also have economic dimensions, as it may positively impact the further opening up of the country and attractiveness as a tourist and investment destination, since 70 percent of the world population uses the Latin script. In short, whether this bold policy move is perceived as “de-Sovietization” or not, the new status for the Kazakh language will bolster a strong national identity of a confident independent Kazakhstan.