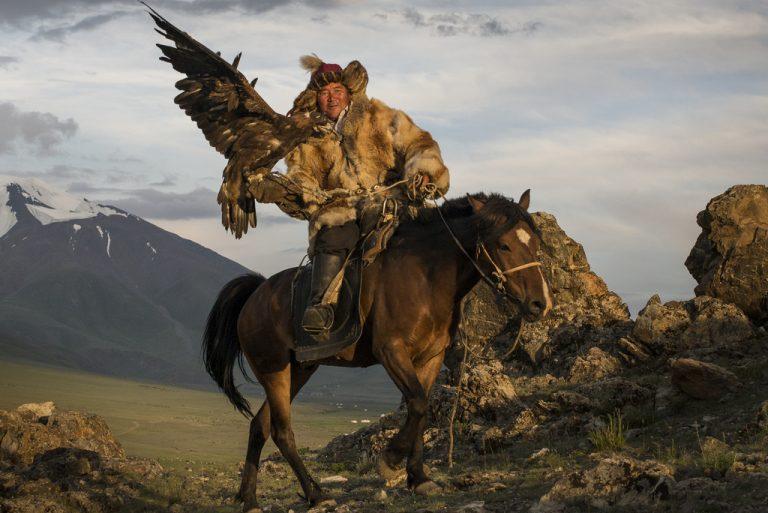 On 21 November an article by President Nursultan Nazarbayev was released to national media. The article is entitled “The Seven Facets of the Great Steppe”, and redefines the role played by the history of Kazakhstan in shaping national identity.

As Edward Said suggested while examining cultural representations, Eurocentric approaches to global history present biases against the history of extra-European civilizations. These approaches reduce history to an historical narrative led by the viewpoint of Western scholars. In his article, President Nazarbayev builds on this assumption and stresses the need for Kazakhstan to rediscover its historical heritage. In this sense, President Nazarbayev advocates for this Western-oriented narrative to be replaced by systematic studies on the history of the nation and the region.

Populations in Central Asia, as in modern Western societies, descend from the great civilizations of their past. Since Kazakhstan has been modernizing politically and economically, society has a duty to investigate its culture as a means to strengthen this pattern of modernization.

To this end, President Nazarbayev pointed to the steps taken by the nomadic culture of the region in its path towards modernization. In brief, these steps combine technological advancements in the fields of horsemanship, metallurgy, gold-processing techniques, and cultivation of apples and tulips, with cultural advancements concerning the interrelation between man and nature, and the country’s status as cradle of the Turkic world and as an outpost along the Great Silk Road.

These seven advancements are at the backbone of Kazakhstan’s current modernization wave. Indeed, a common culture strengthens modernization, and multi-ethnic societies become less prone to internal conflicts. Consider, for instance, the ethnic composition of the Republic of Mauritius. Although the Mauritian population contains four major ethnic groups, given how the island nation was de facto inhabited before Arab sailors discovered it in the Middle Ages, none of these four groups can claim a deeper connection to the country’s territory. The example of Mauritius is a well-known case study within academic debates, as the island is one of the few multi-ethnic societies in the world that has never experienced inter-ethnic tensions. A recognized common history facilitates modernization, as it successfully combines stability with development.

The impact of history on the development of Kazakhstan’s national identity has been constantly present in the latest works of President Nazarbayev. By singling out the technical and cultural advancements Kazakhstan offered to modern societies all over the world, President Nazarbayev seeks to underline that the great civilizations from the country’s past are afforded the same level of relevance as European and Asian past civilizations to global history.

Interestingly, particular stress is put on the multi-ethnic character of society in Kazakhstan. From ancient history, Central Asia has been defined as a compound of several proto-associations  that came together to establish modern societies. To an extent, this instance is evocative of the conceptualization of “harmonious society” distinctive of China’s approach towards domestic ethnicities.

Moreover, the application of the scientific method to re-discover history in Kazakhstan is a recurrent theme throughout the article. This bond with rigorous research is not surprising as Kazakhstan, like other countries in Central Asia, depended on Eurocentric narratives to discover its own history. Indeed, the history of Central Asia is tightly connected to Europe and the West, as the ancient Silk Road contributed to fastening Eurasian development. Unfortunately, Western-biased lenses have often been applied in studies on the great civilization of Central Asia, thus providing varied historical narratives and limited historical facts. Still, this trend has been changing.

Furthermore, with Kazakhstan having been intermittingly related to the Russian Empire and the Soviet Union until 1991, examining the country’s unique historical heritage – disjoint from any Russian tie – was a major challenge. Even after Kazakhstan gained independence, the country continued to share the longest border in the world with the Russian Federation, thus maintaining high levels of interstate cooperation. Nowadays, in light of the country’s modernization, Kazakhstan strengthened its role in Central Asia, and worked extensively to present a common identity to the Turkic populations of the region. For instance, the World Nomad Games go in this direction – the inaugural ceremony of this year’s games having been attended by President Nazarbayev.

Although history does not only tell a positive story, President Nazarbayev stressed the need to embrace the history of the country as a whole. Kazakhstan’s history has often been analysed by means of an event-based approach that selected from the pool of the country’s key historical moments those that served the agenda of the moment. President Nazarbayev contends that a broader perspective needs to be adopted which take into consideration Kazakhstan’s history as a continuum of positive and negative temporal junctures. To do so, a series of tasks is presented for the country to fulfil: first, the launch of Archive 2025 –a project that aims to digitalize the country’s major archives. Second, in-depth analyses on the historical leaders that contributed to the development of the region. Third, projects on the Turkic civilization, comprising a World Summit of Turkologists to be held in Astana in 2019. Fourth, the establishment of a Museum of Ancient Art and Technology of the Great Steppe. Fifth, the release of a collection of ancient motifs of the Great Steppe. Sixth, the production of films and television documentaries on the history of the civilizations of Kazakhstan.

On the one hand, President Nazarbayev’s article details on the technological and cultural advancements that Kazakhstan produced throughout its history. On the other, it details on the challenges that the country needs to fulfil in order to strengthen its modernization, all of which place the rediscovering of history under the spotlight.

Kazakhstan, as a multi-ethnic society, has been developing rapidly in terms of its economy and its politics. Still, as the history of the entire region has been biased by Eurocentric studies, Kazakhstan can build a cohesive and prosperous society only by putting history at the core of its modernization. With Kazakhstan taking up a more global role, a stable society is key to further expand Kazakhstan’s status as one of the leading players in Central Asia.