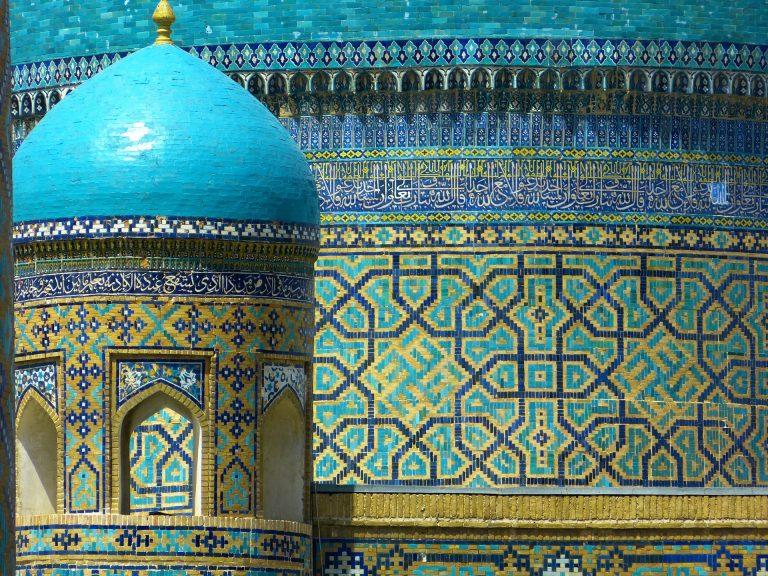 From 20 to 22 January, the President of the Republic of Uzbekistan Shavkat Mirziyoyev made an official visit to the Federal Republic of Germany. Main events were scheduled for January 21, when President Mirziyoyev held negotiations with President Steinmeier, Chancellor Merkel, and Bundestag President Schäuble. On January 22, meetings with Minister President of Bavaria Söder and representatives of German financial and business sectors were concluded. The visit is part of Uzbekistan’s bid for a greater international role, attracting more foreign investment, and establishing a reliable and tangible partnership with Germany.

To put this into the perspective, Uzbekistan’s foreign policy should be considered. The main priority of Tashkent remains regional cooperation within Central Asia. The strategy by which the Central Asian country tries to achieve this goal is through a multi-vector oriented foreign policy that balances between Russia, China and the West. In this context, Uzbekistan sees Germany as a reliable, time-tested actor, central to the European project, that is also home to world-class companies in the field of technology and investment.

Domestically, Mirziyoyev, who served as a Prime Minister since 2003 and was elected President in late 2016, has pushed for ambitious reforms. He steered the country away from its centrally-planned economy model by introducing currency convertibility and privatizing key industries. During the visit he stated that Tashkent is open for constructive and transparent dialogue with its Western counterparts and is working towards fostering a more business friendly environment.

Representatives of the business sector may have had doubts whether there were enough guarantees whether the liberalization reforms are here to stay. However, there is also reason to be optimistic as Mirziyoyev defined the reforms as “irreversible” during the briefing with Chancellor Merkel. Also Sukhrob Holmuradov, Deputy Prime Minister of Uzbekistan and Chairman of the State Committee on Investments, underlined Tashkent’s long term commitment to the free market principles, as the government apparatus sees higher investments as vital for the socio-economic well-being of the country.

During their meeting with President Mirziyoyev, representatives of the German business welcomed the wide range of reforms ranging from liberalization of the tax system, a legal reform aimed at the judicial transparency, to liberalization of the visa process and efforts to crack down on forced labour. As for what lies ahead, business and investment have the possibility of creating a spillover effect in terms of further reforms efforts, as universal standards will facilitate a more stable environment.

President Mirziyoyev declared 2019 as the “Year of Investment and Social Development” and has urged ministers, embassies and lower levels of government to put attracting investments on top of their working agendas. Such efforts’ tangibility is seen for example in the German-Uzbek business forum held in Berlin earlier this year. More than ten bilateral documents in the spheres of trade and investments were signed, totalling more than EUR 4 billion for the implementation of several projects. They include cooperation with ThyssenKrupp, Linde, and Siemens in the oil, petrochemical, and energy sectors; Knauf and Falk-Porsche-Technik GmbH in terms of material production; German Deutsche Bank, Commerzbank, and KfW for granting loans to commercial Uzbek banks.

Another key element of the bilateral relationship is the recent visa-liberalization for German citizens, who would be able to travel without a visa for up to thirty days. In addition, there is a revived partnership in terms of culture. German is now the second most popular foreign language studied nationwide with over 400,000 students and partnerships are established with over thirty German educational facilities.

While the bilateral trade between Germany and Uzbekistan may still remain rather low – accounting to USD 613 million in 2017, Uzbekistan holds the second place among all post-Soviet republics in terms of growth of bilateral trade with Germany in 2018. Currently there are approximately 110 enterprises in Uzbekistan that include German investors and around thirty are fully managed by German owners. More intense cooperation is anticipated in the future, as Uzbekistan moves forward in the process of becoming a fully-fledged member of the World Trade Organisation (WTO).

Finally, having high levels of gas production, a staggering GDP growth, and being the most populated country in Central Asia, Uzbekistan has ample investment opportunities that should not be underestimated in the long term. This applies not solely for German investors, but also for European policymakers that have often been blamed for the limited influence of the 2007 EU Strategy for Central Asia. Despite being wide in spectrum in terms of the issues it outlines, ranging from security to social issues, it has been characterized as solely a declaration of intent. Its biggest shortcoming has been the lack of benchmarks that formulate a concrete framework and effective instruments that guarantee the Strategy’s execution.

European officials, however, have stated their desire to increase the partnership and it is expected that a renewed agreement will be prepared by mid-2019. In the final document of the meeting of the Council of International Relation of the EU from 2017, is evident that the plan for the new strategy is more homogenous, concentrating on energy, economy and infrastructure of the region. This is a promising start, as it goes beyond the comprehensive and broad nature of the 2007 strategy. What is imperative to consider, is the reshaped regional scenario, that includes China’s Belt and Road initiative and Russia’s Eurasian Economic Union, as well as the renewed prospects for regional cooperation within Central Asia.

To conclude, if the parties do candidly seek a tangible relationship, as stated by President Mirziyoyev, the approach should go beyond the current one-dimensional strategy. The case of cooperation with Germany may serve as a good example, as it encompasses trade, investments, cultural exchange and to a limited extend security cooperation. This year will determine whether the EU will manage to step up its relationship with Uzbekistan and the region in such a comprehensive way.