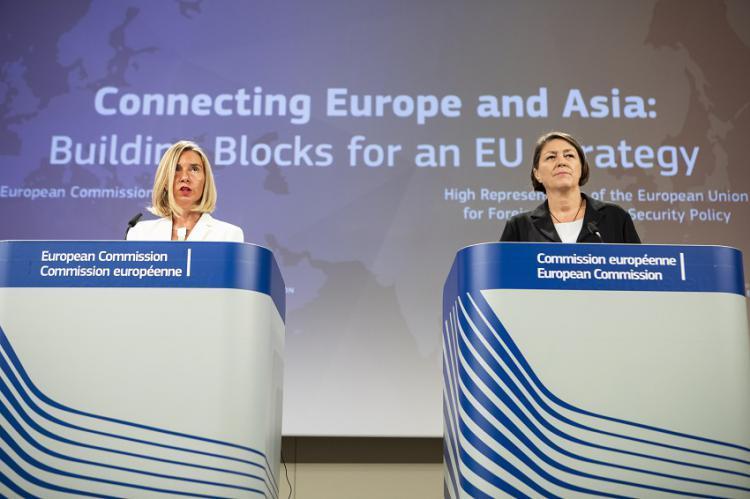 The much anticipated European Commission document named “Connecting Europe and Asia – Building Blocks for an EU Strategy” was expected to lay out a framework for further Eurasian integration and a vision to anticipate to China’s growing presence in investment projects through the Belt and Road Initiative (BRI – previously referred to as One Belt One Road). However, the document put forward on 19 September did neither. This restraint to name the issues facing Europe – not in the least a looming China and a waning United States – is characteristic to the indecisiveness of the EU concerning its foreign policy.

In order to keep up with its growth, the ADB estimates that Asia needs annual infrastructure investments exceeding 1.7 trillion US dollar. Chinese policy-banks and sovereign wealth bonds can create a significant portion of funding, however, a fully connected Asia will not be achievable through Chinese funding alone. Increasingly, even the BRI appears too big an initiative for China’s huge financial capacity. The BRI and Asia as a whole are in dire need of cash. This is why Asian authorities are increasingly looking to their European counterparts, wondering whether they will eventually open their pockets and lead investment towards the Asian continent.

A big argument in favour of an ‘Asia pivot’ for the EU is the fact that many European countries are already involved within the BRI. Some projects of the Initiative even take place within the EU-area. The Port of Piraeus in Greece, just as the Port of Zeebrugge in Belgium and several high- and railway projects in Eastern Europe have focal roles within the Initiative. However, EU authorities have consistently taken an ambiguous approach towards China’s efforts to connect Asia to Europe.

In April this year, 27 of 28 EU-member state ambassadors in Beijing jointly compiled a report heavily criticizing the BRI (only the Hungarian ambassador refused to sign the report). In this report the BRI was denounced as a design to hamper free trade and eventually put Chinese companies at an unfair advantage. Further it noted that the plan “runs counter the EU agenda”.  This negative tone by the EU ambassadors in China was in sharp contrast with the China-flattering that went on at the China-EU Summit just three months later by the President of the European Commission President Jean-Claude Juncker.

The European Commission’s latest report with the title; “Connecting Europe and Asia – Building blocks for an EU Strategy” had the potential to go down in history as a milestone document in Euro-Asian rapprochement, either as a way of echoing Chinese calls for “a common future” or renouncing them. However, the report made no mention of the BRI – neither positive nor negative – and lost itself in vague prescriptions of future cooperation without the provision of any hard numbers.

In further communication the European Commission has proposed to increase the European Union’s external action budget to 123 billion EUR for the period 2021-2027, for the entire rest of the world that is. To put this into perspective: this is roughly the amount one single China policy-bank – the China Development Bank – has already invested in loans to the BRI.

It is stated in the report that this document is part of the EU communication for the 12th Asia-Europe Meeting (ASEM) in 2018. Let us hope that the EU will speak with a clearer voice at ASEM and present itself as a proper partner for Asian countries. However, if this is all the EU is able to offer, the only thing left for Brussels to do is hope that its Asian counterparts will not be irreversibly insulted by its apparent negligence for the rest of the world.

With the BRI set to celebrate its fifth anniversary later this month, the position the EU is set to take on this landmark infrastructure project is still up in the air. This paralysis will inevitably come at the price of marginalization from the massive development opportunities Asia has to offer. However, it is still not inconceivable that this realization will only be made when it is too late.