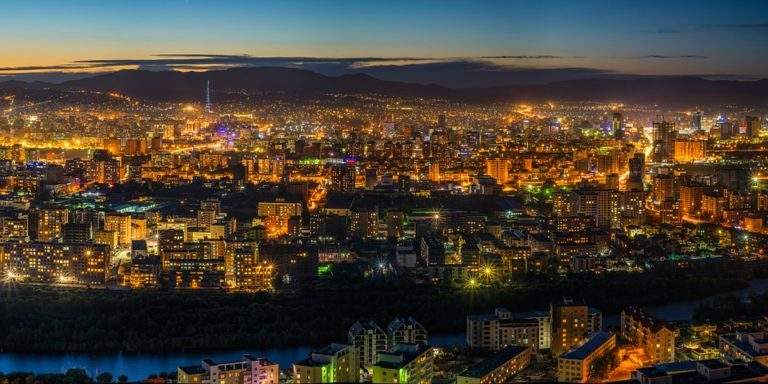 With the 2021 Presidential Election, Mongolian citizens elected their new Head of State on 9th June 2021, amidst the country’s first serious Covid-19 outbreak. Currently facing some challenging times, we assess the impact of the country’s elections and look ahead at developments in EU-Mongolia relations.

On the 10th of June 2021, Mongolia announced the victory of Ukhnaa Khurelsukh at the country’s latest Presidential Elections. On the 9th of June, Mongolians went to the polls to elect their sixth president. With three candidates to go, the country voted with a large landslide for Ukhnaagiin Khurelsukh, candidate for the Mongolian People’s Party, former Prime Minister and successor to the Democractic Party (DP) ex-president Battulga. The elections were the first to take place after the constitutional amendments of 2019, with a participation rate of 59.35% of the eligible population. In a country of 3.3 million inhabitants, a mere 1,216,246 people cast their votes A low affluence to the urns, likely to be justified by the country’s recent Covid-19 breakout. The newly elected president collected 67.69% of the votes cast, while the other two candidates, Enkhbat for the Right Person Electorate Coalition and Erdene for the DP, concluded the elections with, respectively, 20.31% and 5.99% of the votes. The question is now who exactly the new president of Mongolia is? Let us provide you with a deeper insight of who the Mongolia’s People’s Party’s President-elect is.

Ukhnaagiin Khurelsukh, the new president of Mongolia, was born in 1968 in the capital Ulanbataar, making him at 53 years old the youngest among his opponents. He graduated from the Defense University of Mongolia with a degree in political science in 1989, and completed his further studies in public administration at the Institute of State Administration, as well as in management development and law at the National University of Mongolia. His political career began in 1994, serving as the Mongolian People’s Party’s advisor and then as the general director of the Youth Development Center, but then started to take an interesting turn in 2000, when he became a member of the Board of the MPRP, a role he kept until 2007. He has been a Member of the State Great Hural since 2000. As a member of the Government, prior to his role as Prime Minister, he served as Minister of Emergency Situations in 2004, in the cabinet of the Prime Minister Nambaryn Enkhbayar, and as Minister of Specialized Inspection in 2006, under the Prime Minister Miyeegombyn Enkhbold. In 2014 and subsequently in 2016 he served as Deputy Prime Minister until he was elected as Prime Minister in 2017,  until his resigning in 2021.

During his serving as Prime Minister, he supported the construction of Mongolia’s first oil refinery, proclaiming that the country should have tried to gain more energy independence by treating and consuming the oil on its own territory, rather than acquiring most of its fuels abroad. The refinery is under construction with Indian assistance and should be completed by 2022, being funded by a USD 1 billion credit line agreement between Mongolia and the Export-Import Bank of India.  Under his term, the MPP successfully reduced air pollution in the country and implemented ambitious policy programs. One of these includes Vision 2050, of which the draft was approved by the Mongolian Parliament on the 13th of May 2020. The policy proposal was the result of the evaluation by a working group tasked by Khurelsukh assessing Mongolia’s past three decades of development, in preparation of a new national strategy for the mid and long-term. As Prime Minister, he submitted his resignation on the 21st of January 2021 following public protests surrounding the treatment of a Covid-19 patient and her baby. Following his resignation, his party nominated Luvsannamsrai Oyun-Erdene, his Chief of Cabinet and one of the main architects of Vision 2050 as his successor.

The 2019 constitutional amendments and the role of the President

President Khurelsukh became the first president to be elected after the 2019 constitutional amendments. The amended version of the Mongolia Constitution has been effective since the 1st of July 2020, after the State Great Khural passed the amendment in November 2019 following the country’s parliamentary elections. Amendments regarded 70 articles and 36 clauses, which constituted approximately 28.5% of the constitution, with changes regarding the Parliament, the use and definition of natural resources, judicial power and government stability. The function of the president was weakened by the proposed amendments. Khurelsukh, unlike his predecessor, will serve for a single but longer (six years) term. In addition, in order to pursue greater judicial independence, the members of the Judicial General Council will no longer be appointed directly by the President. The number of council members is fixed at 10, five of which will be selected among judges while the rest will be selected through open nomination. The president also loses other powers such as nominating the head of the Anti-Corruption Agency, one of three members of the National Human Rights Commission, and appointing the Judicial Disciplinary (Ethics) Committee. The president will, however, remain the Chief of the General Staff of the Mongolian Armed Forces and the National Security Council. It will be interesting to see how the balance of power will be affected now that the MPP is in control of the cabinet, the parliament, and the presidency. Though Presidents are required to give up party affiliation once in office, Khurelsukh’s campaign statements clearly supported the immediate implementation of  Vision 2050.

Presidential campaign and support for Vision 2050

Khurelsukh built his campaign focusing on strengthening  social justice, and the independence of the legislative and judicial systems. He also proposed the establishment of a sovereign wealth fund and  equal benefits derived from Mongolia’s natural resources for all citizens. He makes a clear reference to Vision 2050 in his support of a powerful economy,  thereby likely strengthening the foundation of the Mongolian middle class, pursuing sustainable development. B. Bulgan described some key aspects of the President’s campaign and further topics he aims to sustain on the Mongolia Focus Blog. Among these, the ones regarding development stand out, as he aims to set forward a foreign policy oriented toward green initiatives. Such a plan offers opportunities for coordinated action on the implementation of long-term policies and adequately addressing related pitfalls.     The country is starting its transition towards a more sustainable society. These changes are especially visible in the capital, where the Mayor Sumiyabazar Dolgorsuren announced, during the International Finance Corporation Sustainability Exchange 2021, Ulaanbaatar’s goal  to follow  growing IT-based development trends and create a greener and more sustainable city. On June 25 2021, president-elect Ukhnagiin Khurelsukh will take his presidential oath. He will do so at a time of rapid national transformation, spearheaded by Vision 2050 and Mongolia’s transition toward a more sustainable and digital economy less dependent on natural resources.

At present, Mongolia is facing the greatest rise in Covid-19 cases since the beginning of the pandemic. Despite almost a year of lockdowns and restrictive measures, which had thus far successfully protected Mongolia against the virus, the country has registered   83,128 cases and 389 deaths. In February 2021, the Mongolian government initiated a speedy vaccination of its population, receiving vaccine doses not only from its neighbours China and Russia, but also from India and the EU (Pfizer, AstraZeneca, Sinopharm, and Sputnik V). Despite the recent rise in numbers, Mongolia has lifted its travel restrictions on the 1st of June 2021. It is also preparing to inaugurate a new international airport at the beginning of July, making the country accessible again for fully vaccinated foreigners.

One of the main current focus areas in EU-Mongolian affairs relates to the presence of Mongolian SMEs on the EU market. On the 19th of May 2021, the Chief of the European Parliament Delegation for Central Asia and Mongolia, Fulvio Martusciello, held an online courtesy meeting with Ts.Munkhtsetseg for her election as the Chair of the Parliamentary Group of the State Great Hural for relations with the European Union. During the meeting, the importance of improving inter-parliamentary relations between the EU and Mongolia was assessed as part of Mongolia’s “Third Neighbour strategy”. Chair Munkhtsetseg also declared that Mongolia’s goal is to further strengthen its relations with EU member states through people-to-people strategies and intensified trade and investment. The diversification of products traded between Mongolia and the EU is vital in achieving this goal.

In May 2021, the European Bank for Reconstruction and Development (EBRD) launched the initiative “COVID-19 Crisis Response – Provision of Emergency Legal Advice to SMEs in Mongolia”. The initiative is funded by the EU under the “Support for Mongolia Economic Diversification through SME Access to Finance” programme, which has the scope of strengthening the Mongolian SME sector and creating a better business environment. The crisis response initiative does so by applying four different instruments: policy dialogue, business advice, risk sharing and co-financing, as well as indirect financing. Offered in collaboration with the SME Agency, MNCCI and the KhanLex Partners law firm, the initiative aims at offering legal advice to Mongolian SMEs struggling financially because of the pandemic, with a particular focus on the legal aspects of online-trading. The cooperation between the EU, the EBRD and Mongolia produced further results following the presidential election in July 2021, with the announcement of the ‘SME Export capacity building’ project. Funded by the EU, the project aspires to increase and diversify the presence of Mongolian SMEs on the European Market.  In the coming months, EuroChamber will boost its cooperation with SMEs selected on the basis of business tools and indicators such as export readiness assessments, consultations, networking, presence on digital platforms, policy dialogue and development of bankable business proposals. According to Montsame, SMEs in Mongolia employ 70% of the population but produce only 10% of its exports. It is vital for the country, in order to implement the Vision 2050 at its best, to boost the development of such enterprises. SMEs offer a wide area of possibilities for Mongolia. In particular, they employ most of the population, help to boost development in the rural areas, and make up for a significant part of women-owned businesses. It would be smart to merge the willingness to increase the Mongolian presence on the European Market specifically in those areas pursuing the sustainable goals of its long-term Vision 2050 policy. The road ahead for Mongolia is long and full of opportunities to explore. All there is left is for the cooperation between the EU and Mongolia to advance and develop further.