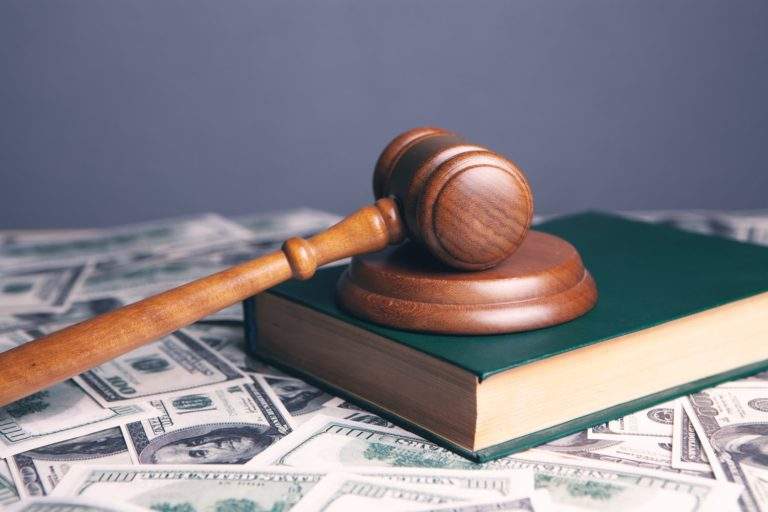 The Investment Court System (ICS) in the EU-Vietnam Investment Protection Agreement is interesting, but does it solve existing issues around international investment arbitration?

On June 8th 2020, the EU-Vietnam Free Trade Agreement (EVFTA) and the parallel EU-Vietnam Investment Protection Agreement (EVIPA) was ratified by Vietnam’s National Assembly after 10 years of negotiation. The EVFTA is the EU’s first trade agreement with a developing country in Asia, where an increase in preferential market access through trade and investment is expected to stimulate economic growth and alleviate poverty. Despite the final ratification of the EVFTA, the complementary EVIPA may take longer as the final ratification requires endorsement from all 27 EU Member States.

The EVIPA is viewed by many as the EU’s first attempt at implementing its Investment Court System (ICS) in a developing country. As dispute settlement serves as one of the core principles of the international investment law regime, the current system of Investment State Dispute Settlement (ISDS) has been met with widespread scrutiny, particularly its institutional failings ranging from a lack of consistency, impartiality and transparency. As a result, the ICS, a multilateral courts system aimed at addressing the current institutional struggles of ISDS, has been created. However, although the ICS could improve the system’s institutional underpinnings, it still fails to engage with a question that has been at the core of the investment arbitration debate: Should investors have the privilege to take a sovereign state to court? Maybe not. Instead of implementing the ICS within the EVIPA, the EU should critically assess the question of investor privilege and realise the prevalence of alternative mechanisms to ensure investor protection, such as the use of domestic courts or political risk insurance. This would align the field of international investment law back to a level playing field, similar to other international legal systems. A discussion of the ISDS, attempts of the ICS at reform and the insufficient nature of the reform in solving much of the debate surrounding investor-dispute arbitration will be analysed.

The origins of ISDS can be traced back to the aftermath of the Second World War, when the prevalence of weak institutions and corruption in many newly independent sovereign states led capital exporting countries to seek protection for investors against political risk in bilateral investment treaties (BITs). This resulted in the creation of ISDS, where foreign investors can bring a claim against a sovereign state for an alleged breach of its commitments within the BIT. Since foreign direct investment (FDI) serves as a critical source of funding for the developing world to improve their industrial capacity, many developing sovereign states have accepted the inclusion of ISDS within BITs. Hence, there is a direct relationship between the growth of ISDS claims and the stock of FDI. As measured by the World Bank, the rise of ISDS cases over the past ten years has been a direct correlation to global FDI stock exceeding USD 25 trillion in 2013 compared to USD 1.35 trillion in 1960. Therefore, it is unsurprising that since investors are mostly from large capital exporters, they account for the most frequent filers of dispute claims. The United States, the Netherlands, United Kingdom and Germany are amongst the top ten claimants. Disputes also mostly arise in economies with poor rule of law records, with Argentina being the most frequent ISDS respondent state (53 ISDS claims, accounting for 95 of total claims filed) and currently ranked 107th on the Index on the Efficiency of Legal Framework in Challenging Regulations.

Although this mechanism has traditionally been used to protect expropriate amongst foreign investors by countries in the Global South, many issues within ISDS have only been a topic of conversation recently due to its newfound impact on both countries in the Global North and South. ISDS can be abused by investors to challenge public policy choices within sovereign nation states, such as the prevention of remunicipalisation, nationalisation, environmental regulation and public health regulation. For example, in Vattenfall II vs Germany, the German federal government announced plans to phase out nuclear energy in 2011 due to safety concerns as well as addressing the demands of a strong domestic anti-nuclear movement. This was met with widespread support as 90% of the population were in favour of phasing out all nuclear plants. Vattenfall, a Swedish multinational power company which operates a multitude of energy investments in Germany did not respond to this lightly and sued the German government initially through the German Federal Court. However, since German law does not yield high levels of compensation, Vattenfall filed another claim under the Energy Charter Treaty (ECT) that permits the company to pursue ISDS arbitration at the International Centre for Settlement of Investment Disputes (ICSID) in 2012. Vattenfall demanded compensation of EUR 4.7 billion in compensation for the loss of profits due to Germany’s public policy decision. Although the outcome of the claim is still pending, problems of ISDS only became a topic of great importance in the EU because the German court system is now treated in the same way as the Global South. With private investors being able to utilise ISDS to seek for greater levels of compensation, this has revealed a problem where the German legal system is currently under attack by foreign investors seeking to undermine democratic decisions. On an administrative level, this claim has resulted in the spending of EUR 21.7 million in legal fees and may only increase as the case seems to have no end in sight nine years on.

For Germany and many other EU member states, the solution to solving the issue of ISDS undermining favourable public policies and the ability amongst foreign investors to seek for greater compensation is reforming ISDS on an institutional basis. Two of the most prominent issues framed by the EU is the lack of consistency and impartiality that results in the privileged position of investors in the system. The ad-hoc nature of arbitration panels implies that the system lacks a two-tiered legal process with an appellate body that aims to correct judicial mistakes. Furthermore, as contesting parties are able to freely choose arbitrators that can guarantee a favourable outcome for business interests, the system lacks impartiality.

Taking these criticisms into account, the EU has strived to move away from this ad-hoc arbitration process into a permanent court-like system when negotiating new BITs. For instance, the EVIPA includes the implementation of an evenly distributed tribunal with the contesting state being unable to choose its favoured arbitrators. Furthermore, a two-tiered court system has also been established, where the prevalence of an appellate mechanism enables judicial review and ensures consistency in rulings. Finally, the ICS in the EVIPA shifts ISDS out of its origins from private commercial law by adopting the United Nations Commission on International Trade Law (UNCITRAL) Rules on Transparency, where transcripts would have to be published to face public scrutiny. Proceedings that were held in private have been moved to the public domain as indicated under the EVIPA Article 3.51. It can be expected that the need for public disclosure would be beneficial in improving the predictability and consistency required as consistent interpretation can improve judicial decisions. Public discourse can enable other academics and practitioners to better scrutinise the interpretation of agreements, making the legal judgement more informed through the inclusion of the public.

Good institutional improvements without addressing the core debate of ISDS

Despite these changes to the institutional design of dispute resolution by the EU through the move from private (arbitration) to public (ICS), the basic structure of the investor-state regime remains the same. International investors still enjoy a unique position in international law where private entities can attack democratic public policies of a sovereign state outside of the domestic court structure. Furthermore, the ability to initiate a dispute is still concentrated in the hands of the investor. As seen through the backlash of ICS in the Transatlantic Trade and Investment Partnership (TTIP), many trade unions, business associations and civil society groups object to the inclusion of such a system due to a frequent tilting in favour of international investors. As a result, it can be argued that EU reforms to ISDS can be seen as symbolic of the failure to address the fundamental question posed by the late Political Scientist Charles Lindbolm in 1977: the question of why international investors should enjoy a ‘privileged position’ in international law.

How to address the question of ‘privilege’?

With Vietnam being the second ASEAN member state to ratify a bilateral trade and investment agreement with the EU, it can be concluded that the ICS project would only expand as more FTAs are being negotiated and ratified. Since the ICS still fails to grasp the question of international investors retaining a ‘privileged position’ in international law, perhaps the way forward is to abandon the investment dispute system and pursue other avenues for investment protection, such as the following:

The first solution is to not grant excessive corporate rights in the first place. Instead, investors would have to pursue the dispute in national courts just like all other actors in the system. This pursuit of domestic courts is nothing new, as neither the US-Australia (ratified in 2005) nor the Japan-Australia (ratified in 2015) free trade agreements had investment-state arbitration. If an investor during the negotiation process is wary about the prevalence of weak national investment laws that may undermine their position in domestic courts, countries can follow the steps taken by South Africa and update their national investment laws so that its body of law for foreign investors is sufficient. However, challenges do exist as domestic investment law alterations cannot occur without consent. Regardless, the prevalence of reciprocity in the investment legal regime would not make this an impossible undertaking.

Instead of pursuing the legal route to ensure investment protection, foreign investors can simply hedge political risk by purchasing insurance to make sure their investment can be maximised without having to pursue legal avenues.This will neutralise the position of investors as they would be entering an investment project with the expectation that some risks may be involved, rather than being able to sue a sovereign state for large sums of money.

It is indisputable that FDIs positively contribute toward the economic development of sovereign states. It is also reasonable for foreign investors to want to securely protect their foreign investments to the best of their ability. However, the current system of ISDS as stated by former European Commissioner for Trade Cecilia Malmstrom is not fit for purpose, in which she states“My assessment of the traditional ISDS system has been clear – it is not fit for purpose in the 21st century…. I want to ensure fair treatment for EU investors abroad, but not at the expense of governments’ right to regulate”. This resulted in the creation of the ICS, which aims to tackle the many institutional issues of ISDS that may produce unfavourable outcomes for sovereign states. Although it would take some time to see the full effect of ICS in EVIPA, the proposed ICS as it currently stands fails to address the imbalance position foreign investors have in suing a sovereign government in an international court. Instead, the EU should make sure that its future investment protection negotiations in Asia should look into other avenues such as the use of national courts or the pursuit of political risk insurance. Both alternatives would adequately resolve the greater issue of foreign investors having too much power in the system. However, these legal reforms may be difficult to complete due to the political and bureaucratic realities at the EU level. Furthermore, with a lack of empirical evidence to produce a definitive outcome of ICS as a system, it may take years to fully capture the intricacies and outcomes of this new proposed multilateral investment court. Regardless, the current ICS system is still insufficient as it fails to adequately address the core question of ‘privilege’ in international investment law.