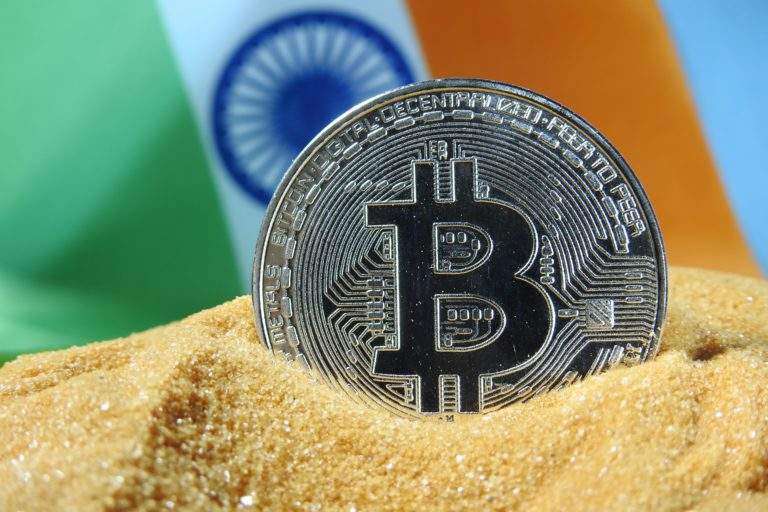 Talks of the state banning both the sale and the possession of cryptocurrency have instigated a public debate in India. What would such a ban entail, and would this truly be the way forward for India, particularly amid a severe public health crisis?

Recent reports of a potential ban on the holding and exchange of private cryptocurrency to be initiated by the Indian government, as well as associated rumors that the state will instead back a newly-created domestic virtual currency, have generated controversy in India. The industry was estimated at a cumulative value of nearly USD 13 billion in India in 2017, and the country is currently Asia’s second largest bitcoin market at 10,017 bitcoins or USD 94.7 million over the 2015-2020 period. While concerns linked to volatility, scams and black market use have reportedly instigated the drafting of an act on cryptocurrency in the Lok Sabha (the Indian Parliament), such a policy risks severely stifling Indian innovation. The Finance Ministry should see the forest for the trees, and instead consider the possibility of for instance taxing decentralised cryptocurrency as an asset class while strictly outlawing its usage as currency.

A period of uncertainty for the Indian cryptocurrency industry

The above considerations come amid an all-time high enthusiasm for cryptocurrency trading in India. The prospect of prohibition has made Indians eager to buy in and profit while doing so is still legal. Moreover, the Covid-19 pandemic has increased interest in alternative forms of investment, and the value of cryptocurrencies has reportedly been bolstered by associated liquidity injections from central banks around the globe.

The form the said ban would take is still unclear. As reported by Bloomberg Quint, it could resemble China’s approach, which had at the time of writing not outlawed possession nor mining (noting that these remarks were made prior to the recent ban which has prohibited financial institutions from dealing in cryptocurrency). Other reports have suggested it could take the form of an IP ban, be preceded by a warning period, and leave ample room for experimentation. However, others have suggested that it will not be in line with measures taken in other countries, possibly going as far as criminalising possession. It is worth noting that the state has not been adverse to taking drastic action in the past, as the 2016 demonetisation episode has demonstrated.

The industry has actively campaigned against such a ban, as this would be a second occurrence hitherto. In 2018, the Reserve Bank of India (RBI) already barred banks from dealing in cryptocurrencies, a measure then challenged in a petition by the Internet and Mobile Association of India, and quashed by the Supreme Court in March 2020. In a recent amendment to the 2013 Companies Act, the Indian government has prescribed the disclosure of holdings of cryptocurrency.

A technology with considerable ramifications

Some of the ways in which cryptocurrency has been used in the past have raised governmental concern. Motives for the ban include the fact that cryptocurrency has been used for fraud in India and for pseudonymous and unmonitored transactions. Cryptocurrency can and has also been used to fund illegal practices or acts of terrorism in the past. Indeed, India, unlike Africa and the Middle East, offers the internet infrastructure required. A further fear for the Indian government is that cryptocurrency might be used for tax evasion, although only 0.41 per cent of India’s USD 3 trillion GDP is lost every year to tax abuse. Finally, scams involving cryptocurrency abound in India, leading to losses of more than USD 500 million from 2017 to 2019.

However, looking at the bigger picture, banning cryptocurrency would also have a longer-term, large scale effect on innovation in India. A drastic blanket ban on cryptocurrency would affect India’s technological competitiveness for years to come by preventing its use in future, currently undiscovered applications. The nation could be thus left playing catch up with other nations at a time where it is most vulnerable, in the wake of a severe public health crisis.

A severe burden on domestic innovation

Prohibition could also potentially worsen incidences of fraud, as it would render victims of scams hesitant to come forward in light of potential penalties. More broadly, the risk is not purely that of alienating Indian entrepreneurs in the crypto-domain but also foreign direct investment to India, and thereby Indian entrepreneurs across all industries.

Recent developments, like for example the judgment at the International Court of Justice in Hague against the Indian government’s past controversial decision to amend the 2012 Finance Act, which had given European firms Cair Energy and Vodafone retrospective tax liability, paint the picture of an erratic market.. While the Ministry’s ambitions might focus strongly around innovation in India by Indians, this must be supported through FDI, a sentiment echoed by none other than the former Minister of State for Finance Jayant Sinha. It would create jobs domestically and allow the country to bridge the technological gap between it and more developed nations.

Regulation in line with GII leaders

It is ultimately critical for India to adopt a middle path with regulation that allows it to thrive while alleviating its citizens’ concerns. Said regulation should be unambiguous, consequential, and implemented as soon as possible, since the current uncertainty is harmful to consumers and cryptocurrency providers alike. Furthermore a ban could have negative implications for interest in India’s own central bank digital currency, as the Bank of International Settlements outlines: “Ambiguous rights and obligations could make a stablecoin arrangement vulnerable to loss of confidence (with implications for financial stability)”, a stablecoin being an asset-backed cryptocurrency.

Similarly to what has been done in the EU, India could create a legal obligation for all virtual asset service providers (VASPs) to register with the Securities and Exchange Board of India (SEBI). This registration could include the provision of a white paper outlining the risk, philosophy and use case of the currency used as a security or commodity on a case by case basis in a similar way as the EU’s own “Markets in Crypto-Assets Regulation” (MiCA). In this way, the holdings and gains of cryptocurrency could be monitored and taxed just like any other asset.

Estonia, as an EU member state, has emerged as an attractive location for entrepreneurs because of its e-Residency program, which makes it possible to set up a firm fully remotely. Its own adoption of blockchain technology in its administration also demonstrates the openness of the nation to crypto investments. Of course an e-Residency program might not align with both the business culture and economy of India, but should a more moderate approach be adopted, implementing blockchain where convenient within the Indian Administrative Service could serve as a positive signal to investors. Another successful Estonian initiative which could be adopted would be to regulate cryptocurrency exchanges exactly like financial institutions.

Utility cases (such as  NFT (non-fungible tokens) for art) could be regulated by a government institution with providers being bound to make a case for why their use is different from that of a financial instrument as per the Indian Accounting Standard (Ind AS) 32. More stringent KYC (know your customer) guidelines could also be put in place as they have not been updated since 2016.

Given India’s ambition to climb the Global Innovation Index (GII), a sound approach would be to formulate policy in line with GII leading markets, as this would facilitate capital transfer between those nations and India. The upcoming High-Level EU-India Digital Investment Forum announced in a joint statement earlier this month could provide a platform for such a collaboration. Of course, cryptocurrency regulation is an emerging challenge for most nations, and it is difficult to currently assess what markets are doing right or wrong. Presently, European legal frameworks do not regulate stablecoin in a uniform manner, presenting an opportunity for India to capture the market, by ensuring its CBDC is recognized across all member states before introduction. India should stay flexible, and adapt its laws as the technology develops.

The G7 report on stablecoin challenges could provide a basis for India’s CBDC approach. In particular as per the report, the assets backing the CBDC must be separated from the rest of government assets and untouchable. Another key challenge for an Indian CBDC is also its ease of use, and experts have suggested that it should be usable offline to gain domestic presence. Furthermore it must remain technologically neutral, ensure the technology behind the CBDC is resilient to fraud and theft, guarantee fair and transparent pricing of the CBDC across markets, and see to it that data protection and investor protections laws around it are robust. Data protection in particular is an area where India might want to differentiate itself from other lower-middle income markets, as an emphasis on it might make the difference in attracting FDI from the EU and other parts of the world.