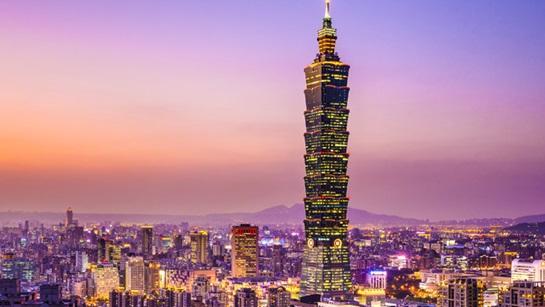 The panel discussion was introduced by the first speaker stating that Taiwan has progressed very far since the days of Chiang Kai-Shek and has now become a well-established and fully functioning parliamentary democracy.

The second speaker presented the findings of a recent report conducted by EIAS on investment relations between the EU and Taiwan. This report stated that in 2017, the overall trade between the EU and Taiwan surpassed € 50 billion which is the highest figure on record, showing a 10 per cent increase on the previous year. Taiwan exported almost € 30 billion to the EU while European exports neared € 20 billion. The healthy and stable nature of this grown in trade was applauded by the speaker.

The statistics on the exchange of investments between Europe and Taiwan however, show an imbalance which cries out for action from the EU. The EU is the largest investor in Taiwan with a current stock of FDI (Foreign Direct Investment) of over USD 44.6 billion, making up 28 per cent of all foreign investments in Taiwan. In comparison, the EU invested € 6.9 billion in Mainland China. This clearly demonstrates the EU’s eagerness to invest in Taiwan.

On the positive side, Taiwan’s leading companies such as Acer, Foxconn, Evergreen, etc. are all present throughout the EU, with multiple subsidiaries spread across Europe. There were 1435 Taiwanese firms that were identified as investors in the EU. Crux of the matter is that Europe should do more to become a more attractive destination for Taiwanese investors. However, the competency to make any legal changes to investment relations lies exclusively with the institutions in the EU. Therefore, the decision to formally deepen investment relations through a free trade agreement or a bilateral investment treaty depends on the EU.

Taiwan is home to numerous companies that are world leaders in the technologies of the future, and as it stands, the EU is set to miss out on collaborative ventures with Taiwanese partners. The report’s findings unveil how an investment agreement would benefit both the EU and Taiwan significantly.

At this event, the keynote address was delivered by a Deputy Minister of the Taiwanese Government. This Deputy Minister started off by stating that Taiwan has a very strong economic industry. In 2017, Taiwan imported and exported about 670 billion USD. This is because Taiwan is supported by a huge domestic industry.

Taiwan is home to several influential and important industries, with the most vital being the semiconductor industry. Semiconductors are key components for production within many industry and sectors, with the iPhone consists of a semiconductor made by Taiwanese company Taiwan Semiconductor (TSMC). Other big industries within Taiwan include ICT and textiles. During the last FIFA World Cup, more than 70 per cent of the constituent textiles within the football shirts were from Taiwan. This example of Taiwanese products being used in internationally renowned events and by world leading companies demonstrates the advanced nature of Taiwanese manufacturing. This is why so many big European companies invest in Taiwan. Not only is Taiwan’s manufacturing advanced, but combined with their innovation, Taiwan is unique global player.

The fourth speaker at this event was a representative from the Belgian business community. He stated that most countries create renewable energy through solar energy and onshore wind farms. However, with Taiwan being surrounded by water, they are one of the first countries outside of the EU to implement offshore. Despite that, offshore wind farms in Taiwan can have risks that European countries are not experienced with such as earthquakes and typhoons. European countries have to consider these challenges and look at how to do business in Taiwan.

He stated that there needs to be a framework to protect the European investments in Taiwan. In many cases, European businesses have governments which will happily subsidise their investments in the country for very prolonged periods. Firstly, they would have to be certain that the framework would be stable and secondly, have an agreement between the governments.

Next was a representative from the EU. She started by mentioning that the report was made at a very convenient time for them as it is not easy to gather good data on FDI in general and the information presented is interesting. The report demonstrates that Taiwan is Europe’s 16th trading partner and the trade, however, this volume is decreasing.

While the EU has remained the largest source of FDI in Taiwan, investments from Taiwan towards the EU are shockingly low. Only two per cent of Taiwan’s overseas investment goes towards the EU, she stated. The report also mentions that there is no bilateral investment agreement. The speaker concluded her remarks by saying that – even with all the economic indicators taken into account – we should still not forget that EU’s bilateral trade consultation is strong and well structured.

In terms of investments, the EU will explore launching negotiations on investment in Taiwan and Hong Kong. As a result of mutual interest, an investment working group was set up in 2016. This group has already met four times since with the last meeting taking place in May 2018. In these groups they exchange information like the EU’s practice of investment agreements and free trade agreements.

The next step would be the launch of an official impact assessment process. This takes about eighteen months and includes a topic consultation process. At this stage the Commission has not been able to make that decision due to external and internal issues unrelated to the EU-Taiwan bilateral relationship.

The representative of the EU finished by saying that the decision to launch an impact assessment is a good thing. It is linked to the evolution of the Cross-Strait relations and of the regional and broader geopolitical environment. The EU’s aim is to keep up the excellent bilateral relationships that they already have, to increase investment flows and stocks, ensure some advocacy for this process from all stakeholders so that when an impact assessment is started it can be done as efficiently as possible.

Next to speak was an expert in the field of businesses in Europe and their relations with foreign corporations. This panellist confirmed the addressed problem that while bilateral trade and investment relations between Europe and Taiwan are strong, there is definitely room for improvement when it comes to Taiwanese FDI into Europe.

There are three core elements which the speaker would like to see in upcoming trade and investment agreements. First, very ambitious schedules on tariffs – as close to a 100 per cent of the market as possible. This also means the possibility to tackle issues of competition, subsidiaries or enterprises that the EU tend to address in their bilateral investment treaties. The speaker noted that the EU need to look beyond their existing relationship to see the what else they can do in other sectors.

The second core element is the protection of the investments. It is not only about the rules that are negotiated, but how they are enforced. It is important to have a mechanism that is mutually beneficial and depoliticised. If either side is not able to implement the rules that have been negotiated in the agreement, they will not be able to use this agreement in the best possible way.

The third element is the issue of sustainable development. Since the free trade agreement with Korea, there has been a dedicated chapter on trade and development and sustainable development. The EU labour market could have a completely different approach to that of Taiwan. This chapter offers a chance for both partners to get together and increase their understanding on this issue, as well as on environmental protection and CSR.

Next was a representative of the Taipei Representative Office to the European Union and Belgium. To show where the issue of the BIA between the EU and Taiwan emerged, the speaker referred back to a policy paper written in October 2015 by the European Commission. It states that the EU will explore a BIA with Taiwan. The following year, there was a resolution that passed the European Parliament in support of this. The resolution also urged the Commission to start the exploration of the BIA immediately.

In 2018, there were two separate resolutions passed by the European Parliament, further supporting the BIA between EU and Taiwan. Both resolutions urged the Commission to finish the exploration as soon as possible so that the negotiations for the BIA can be started with Taiwan. These resolutions are supported by people across the political spectrum.

The representative from the Taipei Representative Office expressed his hope that the European Commission can put aside the political considerations and instead consider the significant economic benefits of a BIA between EU and Taiwan, as such an agreement is sure to be mutually beneficial. He stated that if there are too many political factors involved in this, it will be very complicated. There are already many European investments in Taiwan, but the speaker would also like to see more Taiwanese investment flowing towards Europe. However, this can be hard as the Taiwanese companies are free to make investment decisions, and are not state owned, where the government can make decisions on investments. Therefore, to increase the Taiwanese investments in the EU, the Taiwanese businessmen would have to be convinced of the benefits of investing in Europe.