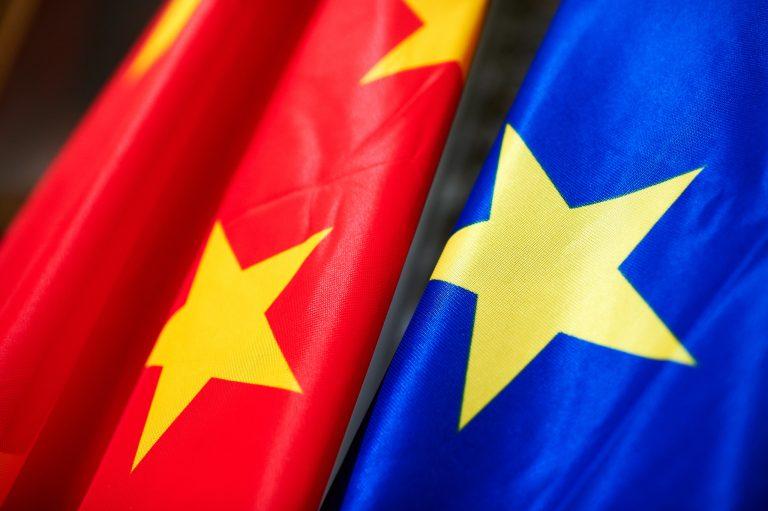 On 22 June 2020, the new European leadership, President of the Council Charles Michel and President of the European Commission Ursula von der Leyen, accompanied by High Representative Josep Borrell, held a virtual EU-China Summit with Chinese President Xi Jinping and Prime Minister Li Keqiang – a yearly venue, albeit usually held in-person. The discussions were “open and frank”, but meetings took place in an international environment few could have anticipated only half a year ago.

Marking 45 years of EU-China diplomatic ties, 2020 was set to be a milestone for the partnership. The year was meant to stage two EU-China summits, both of which were affected by the pandemic. The latest virtual meeting was originally scheduled for March in Beijing. Additionally, a landmark gathering under the German EU Presidency, for Member States, EU and Chinese leaders in Leipzig was planned for September, but has been postponed to a later date yet to be defined. Scheduled to be concluded at the Leipzig summit, the flagship achievement of the year was supposed to be the EU-China Comprehensive Agreement on Investment (CAI) which has been under negotiation since 2014. The main European motivation for its conclusion is to address imbalances between market access for Chinese companies in the EU and vice-versa.

This year’s EU-China summit – as opposed to the previous two – ended without a joint statement, which can be interpreted as a manifestation of the current strains on EU-China ties. The statements issued by the EU side reflect a continuing willingness to deepen the cooperation with China on a host of common challenges, foremost the trade issues covered by the CAI. Nonetheless, President Michel called for “urgent progress” on these fronts, which indicates discontent with the pace of the negotiations and reveals a twitch of frustration. Since exchanging revised offers for the CAI in December 2019, four additional rounds of negotiations have been held with little ostensible progress. Besides trade, the need for (more) cooperation in several other policy fields was stressed, including the challenge of climate change, the global response to the COVID-19 outbreak and the upholding of the rule-based, multilateral global order. At the same time, various points of contention were raised by the EU, such as the status of Hong Kong, human rights and freedom of navigation in the South China Sea. President von der Leyen openly rebuked her counterpart Xi for Chinese cyber-attacks on European hospitals that “cannot be tolerated”. Politico  reported  that when asked for evidence to back the cyberattack claims the European Commission declined, stating that it “does not divulge information on security incidents”, obfuscating the debate even further.

When reading the press release of the Chinese Ministry of Foreign Affairs in tandem to the Council’s Press Statement, one might wonder how stable the internet connection between Brussels and Beijing has been. The Chinese statement focuses solely on the potential for more engagement, of which the economic aspect received by far the largest emphasis. President Xi stressed that through deeper economic ties, the two markets could become the “twin engines” for a global post-COVID recovery. The Chinese statement also mentioned some other fields of cooperation raised by the EU – emphasizing its commitment to multilateralism as well as to jointly work on the pandemic and sustainability issues – but these areas received far less attention than economic integration. The Chinese newspaper Global Times acknowledged disagreement on some human rights issues, but unsurprisingly generally struck the same note and called the conclusion of the CAI by the end of this year “highly likely”.

In May, German Chancellor Angela Merkel declared relations with China were (still) a priority for the German presidency of the European Council starting on 1 July 2020. With von der Leyen, she has a strong partner with a focus on geopolitics heading the Commission. Given the willingness for more cooperation amply professed by China, the possibility of progress in the CAI negotiations should not be dismissed.

With frustration building up, European leaders will, however, want to see some tangible results soon. A first step in that direction is the ‘Agreement on Geographical Indications’ – a framework limiting the use of certain names, like Champagne, to products from a specific region – which will be signed in the coming weeks. There is a wide variety of policy fields beyond bilateral trade which have already been on the radar in the previous EU-China summits. These include, for example: cyber security, WTO reform and coordinated sustainability policies.

At the same time, European officials have to take into account that negotiations are not a one-way street and consider Chinese interests. In December 2019, Chinese foreign minister Wang said that he expected the EU to provide a level playing field for Chinese 5G equipment suppliers, but most Member States have since enacted at least partial restrictions on these telecommunications firms based on the so-called EU ‘toolbox’. This policy framework sets out recommendations for a common approach towards network security, offering a wide range of flexibility to the EU Member States. This also includes diversification of suppliers and the possibility to apply restrictions on “high risk” companies (likely a reference to Huawei and ZTE).

The EU issued guidelines in March to limit foreign investment into critical companies during the pandemic and the wariness of excessive dependence on Chinese supply chains has generally been on the rise in European policy circles. For example, Health Commissioner Stella Kyriakides, after advocating to increase medical manufacturing to the EU in April has recently announced a 20-fold increase for the next EU’s health budget.

In the end, the decisive element for whether or not agreements can be reached is the level of trust between the EU and China. Trust does not seem to be in profuse supply at present. Remarkably, People-to-People exchanges did not feature at all in the press releases of this year’s Summit. Yet, mutually beneficial agreements still seem imaginable. In order to build a more solid foundation for their relationship, transparency is a key requirement, as pointed out by the European leaders during the summit with reference to issues including COVID-19 and industrial subsidies. Conversely, the European leaders stressed that any disinformation campaigns are counterproductive on that front.

Confidence could just as well erode further. Were the EU to place additional restrictions on Chinese telecommunications gear, to which for example Belgium is currently gearing up to in sequence to the UK’s guidance, the Chinese leadership might doubt the European commitment to further integration of the two economies. Conversely, if China were to double down on any of the concerns mentioned by the Europeans, be it Hong Kong, the South China Sea or other perturbations, this may prompt the EU to take a more confrontational stance in the future.

Frank and open discussions, along with enhancing trust-building mechanisms and the potential establishment of a specific dialogue platform on technical level to address cyber security and 5G incongruity, may offer solace in restoring confidence and temper distrust in building up the agenda for cooperation between the EU and China as strategic partners.

There is a momentum for the German Presidency to steer the EU towards enhanced cohesion and apply a more pragmatic approach. This will increase the EU’s independent stance as a major global powerhouse, opening the door for a strengthened dialogue with China.