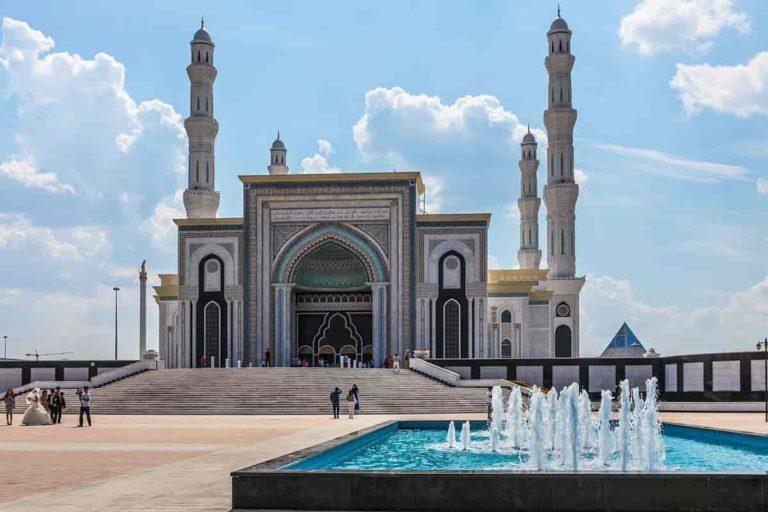 EU-Central Asia Relations and Beyond:  The Orientation of Energy Policies in Kazakhstan.

Following Kazakhstan’s Referendum on Constitutional Amendments of 5 June 2022, the country is headed for a series of political reforms in a rapidly changing international environment. Kazakhstan seems to have oriented its foreign policy toward opening up to countries other than Russia and decreasing its economic and political dependence on its historical neighbor.

Other Central Asian countries, like Kyrgyzstan and Uzbekistan, have also shown early signs of detachment from Russia through their direct or indirect support for Ukraine. The general rapprochement between Central Asia and these other economic partners offers new opportunities for extended collaboration, also for the European Union (EU). How and in what fields will Kazakhstan and the EU seek further cooperation and enhance their relations?

The European Union’s political and economic collaboration with Central Asian countries has been gaining greater importance and resources since the EU’s Foreign Affairs Council adopted its New Strategy on Central Asia on 17 June 2019. By reaffirming its commitment to conclude and implement mutually beneficial Enhanced Partnership and Cooperation Agreements (EPCAs) in the region, the EU has positioned itself as a privileged economic and trade partner for Central Asia. The EU’s EPCA with Kazakhstan, for instance, was implemented in March 2020 and allows for enhanced cooperation in areas such as trade and customs, environmental affairs, and energy. Furthermore, since the COVID-19 pandemic, the EU has continued to deepen its ties with Central Asia by launching Central Asia’s COVID-19 Crisis Response Program (CACCR) in July 2020, with a budget of 3 million EUR, as well as assistance mobilized by “Team Europe” including a solidarity package of 124 million EUR, which has contributed to the sustainable strengthening of the region’s health system. Under the CACCR, Kazakhstan has received more than 400,000 sets of personal protective equipment and 1,000 diagnostic test kits for COVID-19. More than ever, the latest political developments, the pandemic, and the war in Ukraine have created a momentum for Central Asia and the EU to move closer toward each other.

Kazakhstan and Russia: Dependence and Detachment

Notably, the Central Asian economies remain closely linked to and dependent on Russia. In 2020, exports to Russia still represented respectively 10,3% of Kazakhstan’s total exports and 12,5% of Uzbékistan’s. Since the beginning of the war in Ukraine, the region has been deeply impacted by higher prices for commodities, disrupted trade and supply chains, as well as reduced business confidence and financial uncertainty. Repercussions of international sanctions have hit Central Asia significantly hard.

While countries like Kazakhstan and Uzbekistan have mostly suffered from the repercussions of international sanctions on their energy sector, countries less endowed with natural resources such as Tajikistan and Kyrgyzstan have also suffered due to their dependence on remittances from Russia – which in 2020 made up 27.3% and 29.4% of their national GDP respectively. Until now, the development of other economic partnerships, notably with the EU, has not yet yielded the desired results and reduced Central Asia’s dependence on Russia, as they remained highly dependent on Russian pipelines to export to Europe.

Particularly, Kazakhstan’s oil and gas distribution is spread over three different transportation routes: via the north through the Soviet-era Russian pipelines; via the CPC pipeline Consortium and the BTC oil pipeline in the west; and in the east via Chinese-owned pipelines.

Today, 80% of all oil produced in Kazakhstan is exported to southern Russia and to Russia’s Black Sea oil terminal. Kazakh exports are therefore dependent on Russian demand, but also on its infrastructure, while ownership of the pipelines remains controversial. In particular, Russian companies like Transneft hold 24 percent of the CPC pipeline. Lukoil and Rosneft together, through their subsidiaries, hold another 20 percent. But impacted by international sanctions, transportation issues surrounding the CPC pipeline highlight the need for the development of alternative export routes. In particular, the Trans-Caspian International Transport Corridor (TITR) or “Middle Corridor” stands out here, as it starts in South-East Asia and China, crosses Kazakhstan, the Caspian Sea, Azerbaijan, Georgia, then reaching the EU and its Member States.

As a result of their political and economic anchorage with Russia, the Central Asian countries have, for now, largely strived to maintain a more neutral stance at the diplomatic level on the Ukraine crisis. None of the five Central Asian republics have voted in favor of the UN’s early March vote to condemn the Russian invasion, and all voted against expelling Russia from the UN Human Rights Council in early April 2022. Nevertheless, among civil society and domestic politicians, initiatives have been taken in most Central Asian countries to directly or indirectly support Ukraine. Notably, Uzbekistan and Kazakhstan have sent several dozen tons of humanitarian aid to Kyiv, of which most medical supplies and pharmaceuticals. None of the Central Asian countries have recognized the independence of the two self-proclaimed republics of Donetsk and Luhansk and “Kazakhstan respects the territorial integrity of Ukraine”. On 9 May 2022, Nur-Sultan canceled the military parade to celebrate Victory over Nazism Day, subtly distancing itself from Russia’s actions. Echoing the language used to justify the invasion of Ukraine, Russia responded by claiming the need for Kazakhstan to be “denazified”. Nonetheless, if certain tensions due to the geopolitical context challenge their relationship, the historical and political links between Nur-Sultan and Moscow remain as relevant, as illustrated by the Russian intervention through the Collective Security Treaty Organization (CSTO) in response to the January 2022 demonstrations.

The EU, an essential partner in the region

In reconsideration of Central Asia’s economic dependence on Russia, the EU is a key player in the process of diversifying the Central Asian economies. The EU is now the region’s main trade partner, accounting for about one-third of its overall external trade. Tajikistan, Uzbekistan, and Kyrgyzstan currently also benefit from the EU’s GSP or GSP+ program, facilitating economic cooperation, and business opportunities with the region, including duty reductions for beneficiaries for 66% of all EU tariff lines.

In particular, the EU is Kazakhstan’s biggest trade partner, accounting for 29.7% of the country’s total trade in goods in 2020. In 2019, total EU Foreign Direct Investments outward stock represented almost 64 billion EUR and the EU exported 6.3 million EUR worth of goods to Kazakhstan, almost twice as much as to the other four Central Asian countries combined. Hence, EU-Kazakhstan relations are particularly relevant to understanding the region’s dynamics, especially in light of opportunities raised by the “New Kazakhstan” project, presented by Kazakhstan’s President Tokayev in 2022, motivated by the tumultuous events of January 2022. The project’s economic policy insists on the diversification of Kazakhstan’s economic corridors, prioritizing energy transportation. In view of the scheme, the EU will serve as a potentially important ally by reinforcing routes toward Europe. Especially through the Baku-Tbilisi-Ceyhan oil pipeline (BTC), Kazakh and Turkmen energy could be delivered in larger quantities on Caspian tankers, directly reaching Mediterranean waters through Azerbaijan. The development of routes expanding the “Middle Corridor” would allow for greater state-to-state coordination of transcontinental rail freight between Kazakhstan and the European Union. This project also fits perfectly with the massive 300 billion EUR EU investment in its “Global Gateway” connectivity plan to develop EU partners’ infrastructures around the world and allow further development between the EU and Kazakhstan in connecting trade, transportation, and digitalization. Plans for 2022 include the transport of 2-3 million tonnes of oil through Georgia via the BTC pipeline, with the aim to further expand the capacity. Despite Russian influence remaining strong in the region and the BTC’s unlikely capability of matching the capacity carried by the CPC, the diversification of Kazakhstan’s (and the region’s) pipeline infrastructure remains key to its development and economic growth. It addresses geographical constraints and bypasses international sanctions against Russia, two main obstacles to increasing oil and gas production and export, and builds new efficient roads.

An important aspect to be taken into consideration concerning the  EU’s “Global Gateway” connectivity plan is its implementation. Especially in view of expanding the “Middle Corridor” as an alternative trade route, for allowing better energy connectivity between the EU and Central Asian countries such as Kazakhstan and Turkmenistan. Today, with sanctions currently targeting Russia and Iran, the development of better energy transport connectivity for Kazakh and Turkmen oil and gas is seriously hampered by the contradictions, duality, and discrepancy between the EU’s connectivity strategies in the region as well as its new Green Deal aspirations. Transport of Kazakh and Turkmen oil and gas by Caspian tankers to Baku to be further connected to the Azerbaijan pipeline infrastructure is so far economically not so viable. However, EU financing of the Caspian pipeline infrastructure is blocked by the EU’s financial institutions such as the EIB and the EBRD in order to assure EU compliance with the Paris Agreements. In November 2019, the EIB already adopted a new ambitious energy lending policy, phasing out the financing of traditional fossil fuel energy projects, including natural gas, by the end of 2021.

The “New Kazakhstan” path of renewal and modernization also has political implications that should be closely monitored by the EU and other international partners. The plan described by President Tokayev will require about 33 amendments to the Constitution and the adoption of more than 20 laws before the end of 2022. The first step towards reform was the referendum presented on 5 June 2022, the first referendum taking place since 1995, and the country’s first one dealing with constitutional changes. The proposed reform agenda involves new opportunities for the participation of civil society in electoral procedures; the decentralization of decision-making processes; a review of the formation and functions of the Senate (upper house) and the Mazhilis (lower house); the establishment of a Constitutional Court, accessible to all citizens; the removal of the death penalty from the Constitution; easier registration of political parties; and several other measures to diminish the power of the President. 76% of Kazakh voters approved the constitutional changes put forward in the referendum, with a voter turnout of 68.44% of the 8 million citizens, giving President Tokayev a mandate for his advocated future reforms. The Parliament will therefore be busy over the next months passing a large number of laws in accordance with the proposed constitutional amendments in the referendum. Yet, the most crucial phase lies in their implementation on the ground, in order to fully support Kazakhstan’s process of democratization.

Yet, the provided momentum is conducive to advancing further rapprochement between Kazakhstan and the EU. For Nur-Sultan, it includes mastering its respective energy exports and becoming a key actor in the global energy market, but also reinforcing Tokayev’s “multi-vector foreign policy” to ensure that Russia, China, and the EU all uphold an interest in strengthening regional security. For the EU this will involve a further diversification of its energy imports, besides the REPowerEU initiatives that would allow them to become less dependent on Russia. Yet, they will also need to support the implementation of the new political and economic policies triggered by the “New Kazakhstan” project. A project that offers many opportunities for cooperation with the EU, of which its concrete, effective and successful implementation will be key and to be followed in great detail.