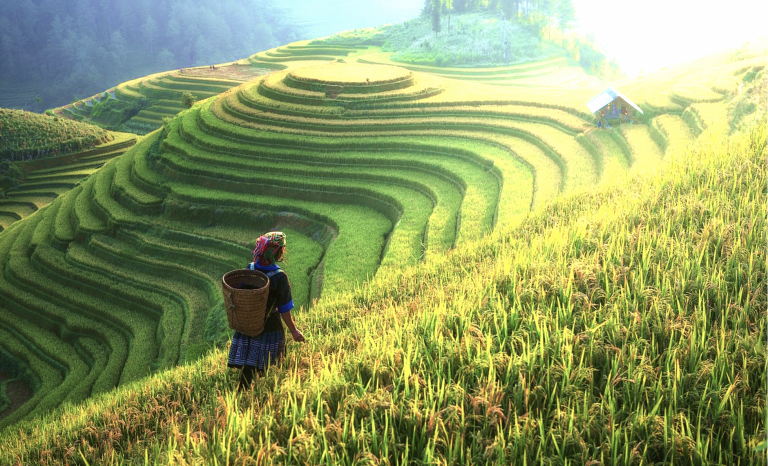 2020 has been a catastrophic year in terms of food security. According to the FAO, the COVID-19 pandemic is expected to contribute to existing malnourishment figures, raising the number of malnourished people from 699 million in 2019 to 822 million in 2020. Apart from putting an additional 132 million people at risk of malnourishment, this will be most harshly felt by the most vulnerable groups in society and decay the quality of diets. This hazard did not only ring alarm bells in low-income countries but also redefined the priorities of EU policymakers. As a result, adjustments were made in May 2020 to the Farm to Fork Strategy and the EU Biodiversity Strategy for 2030 to mitigate the effects of the crisis in agriculture and food security, in addition to ensuring the supply and quality of food.

Joint research, cooperation, and knowledge-sharing between scientists worldwide has played a crucial role in fighting the disease and creating the vaccines that may end this critical situation. Hence, the EU must now rethink its approach and how to focus its collective research efforts on improving the efficiency of agricultural production and ensuring food security for all its citizens in light of the approaching economic and social crisis. A potential ally is an old collaborator, and the world’s biggest producer, importer and consumer of food, China.

EU-China cooperation in research has been present since China’s opening to the world in the 1980s. In 2011, an EU-China Task Force on Food, Agriculture and Bio-technology (FAB) was created to explore common research concerns and possible instruments to be developed. Later, the Food, Agriculture and Bio-technology (FAB) Flagship Initiative was established in November 2013 by the European Commission (EC) and the Chinese Academy of Agricultural Sciences (CAAS) to increase joint studies on sustainable agriculture, food security and safety. It is considered the main EU-China cooperation project in agricultural research and innovation. Between 2014 and 2020 it has launched 19 projects financed by the Chinese Ministry of Science and Technology (MOST) and Horizon 2020 (the European Framework Programme for Research and Innovation for the period 2014-2020).

Meetings organized by the EU-China FAB Task Force and EU-China Experts’ seminars on Research & Innovation (R&I) cooperation over FAB have been key discussion platforms for European and Chinese specialists to exchange information, identify common interests and mutually beneficial objectives. As a result, both scientific communities have united, combined efforts and shared crucial knowledge.

The investigators have improved the precision of their research by harmonizing European and Chinese methodologies, standards, indicators, typologies and data. This way, they intended to help European and Chinese policy-makers to improve existing policies based on evidence. At the same time, they focused on increasing social awareness concerning sustainability and healthy diets, while testing their policy suggestions on “demonstration villages”. This involved training farmers to implement more sustainable production techniques and informing citizens about the negative externalities of unsustainable methods and practices, such as heavy metal pollution, pesticide use and food waste. This was done through several projects such as SHui, a soil hydrology platform that develops innovative solutions to manage water scarcity in European and Chinese cropping systems. In September 2020, the Fujian Agricultural and Forestry University, which is part of SHui, organised a farmer training event in Longyan, Fujian Province. For three days, 180 farmers learnt about nutrient management, as well as alternate wetting and drying (AWD) irrigation, a water-saving method that increases rice grain yield by 4.8% compared to rice under continuously flooded irrigation. Since the project’s launch, team members also carried out in-house talks for 1000 impoverished households during this campaign to inform the general population about how they could improve their living standards by making a more efficient use of water.

Finally, researchers collaborated with the private sector and incorporated firms into several research efforts to promote private investment in “green” technology. An example of this is EUCLEG, an initiative that aims to improve the production of forage and grain legumes to increase the EU’s and China’s protein self-sufficiency. Storm Seeds, the biggest vegetable seed company in Belgium, participated in this project.

Benefits for the EU and China

EU-China collaboration in FAB research has been a win-win investment. It has opened the market and increased European researchers’ profits, who have been selling new sustainable advanced technologies to Chinese firms, universities and research institutions. The supervision of sustainable food production systems in China has also allowed the EU to predict global trade trends more precisely and has made the entire supply-chain more transparent. Finally, ensuring China’s transition to more sustainable food production techniques directly benefits the EU and the world by preventing China from further generating negative externalities such as pollution or zoonotic diseases that would affect the world market.

China has also gained from this collaboration and has increased the efficiency and quality of its agricultural policies. It is trying to avoid past mistakes made by European and Chinese policy-makers (such as having an excessive focus on intensive farming and profit), by importing good practices (such as the “EU action for Smart Villages“), as well as European technology and innovation.

Several trade barriers have also been lifted, and safety requirements revised. The EU-China-Safe project, for example, analyses trade barriers caused by food safety and fraud cases and is currently creating an EU-China Joint Laboratory Network to harmonise food standards between the EU and China. This joint review will make food trade safer and more traceable on both sides.

EU-China research and innovation is now entering a new phase. Currently, the CAAS and the EC are preparing a number of future calls under Horizon Europe (the EU’s Framework Programme for Research and Innovation for 2021-2027). EU sources close to the negotiations estimate that detailed discussions with China on Horizon membership are unlikely to start until mid-2021, with the newly signed agreements not expected before the second half of the year.

Clearly, the EU-China partnership on agricultural research will not stop here. Many questions remain unanswered, like who is benefiting the most from this collaboration? The EU and China did not equally fund projects under the FAB Flagship Initiative, as these often received more funds from Horizon 2020 than MOST. Perhaps, given China’s rapid growth, the EU should present a more egalitarian distribution of costs under its new Flagship Programme Horizon Europe.

However, the main problem is that information regarding these projects’ results is not easily available or accessible to fully grasp and understand this collaboration’s benefits. When one searches past projects’ results, general descriptions of scientific findings such as a new type of irrigation system or a less harmful pesticide are provided. Nonetheless, it is not clear where, how and by whom these solutions have been applied, nor whether they are equally useful to Chinese and European farmers. What and where have these projects’ been focused on? Are the majority of these new technologies applicable to China, or are they also effective and applicable in European agricultural contexts? It would be of greater use to provide more detailed information on research outcomes and project implementation, as well as quantitative data, for citizens to enjoy their benefits and observe how these are distributed among both regions.

Another critical question is how this joint research has affected the agricultural trade between the EU and China. Some projects have specifically been launched to tackle market obstacles, such as tariffs or market standards, and researchers have stated that this has boosted trade between the EU and China. However, precise numbers on how these projects have directly impacted the market and market access are not displayed on the EC or MOST websites for citizens to see. How much did European researchers gain from selling their technology to the Chinese market? Is China also selling its agricultural technology to Europe? Or is it merely a one-directional transaction and exchange process? Policy-makers should be urged to publish statistical evidence on how this joint research has improved the commercial ties between both regions.

Finally, at the moment, it is not as clear to citizens to see how these scientific discoveries have impacted European and Chinese policies, the ultimate goal of this Sino-European cooperation initiative. Both regions’ authorities should be pushed to publish the effect that this research has had on their policy-making processes and agenda. Which policies have they improved thanks to these new findings? Are they taking into account new parameters when drafting agricultural policies as a result? Clarifying these doubts and providing more transparent information may incite European and Chinese firms to collaborate and invest more in their research, increasing dialogue, employment and growth.

This EU-China collaboration should continue to evolve for two critical reasons. Firstly, innovation is improving citizens’ quality of life in both regions, and the sharing of information and knowledge is enriching the understanding of both parties of their agricultural systems, essential for the challenging years ahead. Secondly, dialogue facilitates trade between both regions. This is a crucial opportunity for Europe in 2021. Tensions between the US and China rose during the Trump administration, starting with the 2018 trade war, evolving to disagreements about where the Covid-19 pandemic originated. Additionally, Trump imposed tariffs and sanctions after accusing China of using unfair business practices such as stealing intellectual property from US firms. Following the inauguration of Joe Biden on 20 January 2021, China wishes to repair its relations with the US. On 22 January 2021, China’s foreign ministry spokeswoman Hua Chunying posted on Twitter: “A new day for #US’, as said by American media. We wish the same for #China_US relations. […] The two peoples have suffered & hope to see ties return to the right track at an early date,”. Biden seems to be willing to reduce tensions between the US and China, but according to several experts and Biden cohorts, strict policies towards China will continue under this new administration, even if Washington were to increase dialogue with Beijing. Hence, now is the time for the EU to take its chance to strengthen its commercial ties and market capacity in China, before the US shifts or revises its trade policy again and starts to re-engage with its Chinese counterparts. It is up to European and Chinese experts to decide the terms of their new FAB research strategy and unite forces to ensure there is food on their people’s plate in the next difficult years of recovery from the pandemic. How is yet to be seen.