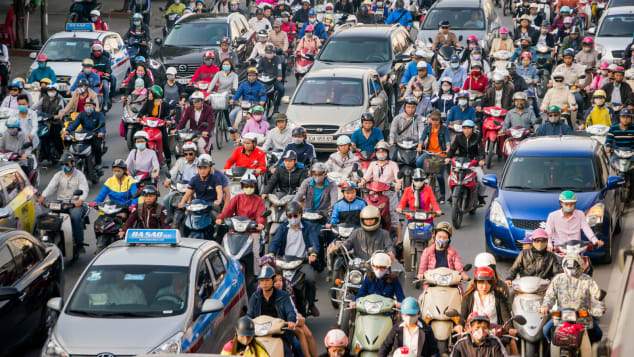 In September 2020, the Publication EU-Indonesia Cooperation “Building capacity for Green Growth” was launched. It drew attention to the long-standing partnership between the EU and Indonesia, committed to sustainable growth and a Sustainable Consumption and Production (SCP). The publication rehashed the EU-Indonesia partnership on a multitude of common challenges, notably palm oil contentions and timber regulations. Ambitiously, Indonesia seemed ready to face one of the most significant challenges of the next decades: promoting economic recovery while keeping track of sustainable development. In this regard, it is compelling to notice that Indonesia has recently launched a new venture for the production of electric batteries and is increasingly promoting the use of electric vehicles (EVs). These initiatives unveil a strategy that seems to promote regional sustainable growth while keeping up with the international community’s expectations.

Southeast Asia is very well known for its congested roads filled with honking cars and motorcycles. In the region, most of these vehicles run on gasoline or diesel, significantly contributing to worsening air pollution levels in Southeast Asia’s cities.  In Hanoi, the air quality has already reached an unhealthy level for sensitive groups of people; while six cities in Myanmar are ranked among the most polluted in the world, and a high concentration of sulphur dioxide is posing serious environmental problems in Bangkok. Worryingly, a study by the Faculty of Public Health at the University of Indonesia found that 50% of all illnesses among people living in the city were related to air pollution. In addition to its impact on human health and well-being, air pollution also threatens agricultural productivity and food security in the region, which is already home to the most populous undernourished population worldwide. Accordingly, a green mobility revolution has been advocated in the 2030 UN Sustainable Agenda and also promoted by the ASEAN Plan of Action for Energy Cooperation (APAEC).

The APAEC advocates for a sustainable transition in ASEAN countries, promoting various technologies, such as battery storage, bioenergy, smart energy systems and electrified vehicles. Particularly, APAEC Phase II (2020-2025) looks at the mobility revolution as one of the main policy strategies for ASEAN’s sustainable transition. A surge in electric vehicles would improve air quality levels across the region as well as supporting regional economic growth. ASEAN investment growth related to electric vehicles is estimated at USD 6 billion by 2030, potentially becoming one of the largest economic segments of the next decade, increasing exponentially after 2025.

A surge in Electric Vehicles

Recently, several ASEAN countries have turned to EVs, envisaging a significant opportunity for sustainable economic growth in their mobility transition.  A case on point is offered by the electric transition of commercial fleets such as ride-hailing mobility services. In the last years, leading ride-hailing platforms such as Grab and Go-Jek have increasingly invested in EVs, promoting their usage and improving the accessibility and utilisation of EV charging stations. The choice has proven successful. Besides improving the overall health and livability of cities, in addition to contributing to a pollution-free environment, EVs have provided Grab driver-partners with greater time and cost-savings, boasting an estimated range of 400 km per charge and offering on average a 20% increase in daily incomes. Grab and Go-Jek have increasingly promoted the adoption of EVs in several ASEAN countries, such as Singapore, Thailand, Indonesia and Vietnam. In particular, electric vehicles in the Vietnamese automobile market are particularly young and promising. The government of Vietnam has set a new goal to develop an environmentally friendly automobile industry and local start-up manufacturers are increasingly investing in electric vehicles. A clear case is offered by Vinfast, a member of the ambitious Vietnamese corporation Vingroup. In 2018, Vinfast launched its first electric scooter, Klara, which received over 50.000 orders in 2019. In May 2020, Vinfast announced the launch of mass production of electric cars in 2021 and only recently it was announced that three new electric cars will join its expanding line-up in 2021.

The case of Indonesia

Together with Vietnam, also Indonesia has got a head-start in promoting EVs and environmentally friendly solutions. Already in 2019, President Joko Widodo had issued a Presidential Regulation (No.55), providing incentives to boost manufacturing of electric vehicles and vehicle components, introducing government incentives to spur market incentives. In collaboration with state-owned companies, Grab Indonesia has become the first company in the country to operate more than 5,000 EVs across the archipelago.  In line with this low-carbon transition, Indonesia launched a local consortium tasked with producing EV batteries for the industry. Given that the country is the world’s largest nickel ore producing state, an essential battery component, the government aims at accelerating the production of batteries to reduce Indonesia’s reliance on imports and to lower costs. Another important initiative has been the recent announcement of the ambitious plan by bus operator Transjakarta of expanding its e-bus fleet to 10.000 units by 2030, reaching a 100% increase of electric buses in Jakarta. These measures seem to unveil the government’s mission in cutting down carbon emissions and reducing air pollution, on top of bringing economic advantages.

Obstacles to the change

Despite these commitments, what appears to be missing is an ASEAN comprehensive approach and adequately integrated regional policy action. The Southeast Asian region still lacks a supply of electric vehicles, with only few models available to consumers, which are usually far more expensive than the alternatives at hand.  Many ASEAN governments have thus far taken limited action to encourage electric vehicles sales, failing to offer incentives such as tax credits or preferential licenses, that, on the contrary, have notably encouraged US and Chinese citizens to switch to EVs. Further complicating the mobility transition are local policies, which often impose taxes and fees on imported electric cars. These barriers surely complicate the transition to green mobility, but for all of that, there is potential for change. A great opportunity is offered by small-scale electric vehicles, such as electric buses, tuk-tuks and smaller EVs especially designed for cities. Given that more than 45% of ASEAN’s population lives in cities, most drivers travel only a few kilometres per day and in view of the multitude of touristic attractions offered by ASEAN countries, these solutions would be more “fit-for-purpose”: EVs’ costs of production and purchase would be lower, thus incentivizing regional start-ups to invest in local manufacturing. This choice has already proven successful in other Indo-Pacific countries. In India, for instance, with its affordable EVs, 53% of Tata Motors’ retail sales came from electric vehicles.

Another significant initiative would be looking at one of the largest segments of the transport sector: two-wheelers. ASEAN is the largest motorcycle market in the world, and governmental incentives would support the neediest segment of the society, also paving the way for local manufacturing. According to a report by Mordor Intelligence, ASEAN’s electric market is anticipated to register a Compound Annual Growth Rate (CAGR) of 10% during the period 2020-2025, given the increasing interest by ASEAN countries of boosting local manufacturing of EVs and batteries. Indonesia is targeting for EVs to account for 20% of its production by 2025. Furthermore, the country is developing its lithium-ion battery supply chain, that, given it holds the biggest reserves of nickel, could provide the lowest EV battery manufacturing costs of any country in Asia. Similarly, the Thai government has offered large packages of incentives for EVs manufacturing, targeting 30% of the total EVs production by 2030.

ASEAN’s electrification strategy is additionally complicated by the regional competition in EV manufacturing and production of batteries. Unsurprisingly, competition from China is stiff. In January 2021, the China Association of Automobile Manufacturers announced that sales in EVs reached 1.35 million vehicles in 2020, a surge of 10.9% compared to the previous year. These numbers are a demonstration of the successful Chinese government strategy of the past years. The blueprint included state-supported incentives and tax reliefs which have stimulated the development of a local EV supply chain and boosted share prices of local Chinese manufacturers. China is also in the driver’s seat as regards the production of lithium batteries, one of the most expensive EV components. According to BloombergNEF, China is home to 73% of global lithium cell manufacturing capacity and its lithium production in 2018 was the third among all countries, and nearly ten times the US’ production.

Despite Chinese dominance in the production of batteries, other global players are trying to counterbalance China’s market hegemony. Of particular importance for ASEAN countries is South Korea, whose production of lithium batteries increased by 17% in 2020, accounting for a surge of USD 20.6 trillion. Interestingly, LG Energy Solution, the leading actor of the South Korean energy industry, has recently invested USD 9.8 billion into Indonesia for the establishment of a battery production factory for electric vehicles. This announcement unveils the South Korean strategy of boosting its production of lithium batteries, counterbalancing Chinese companies, by investing in the largest nickel ore producing state.

What role for ASEAN

This regional competition and the difficulties faced by ASEAN in investing in EVs, seem to exclude ASEAN countries from the EV revolution. However, EVs hold great potential for ASEAN’s economic and sustainable growth. First of all, foreign investments by countries such as South Korea in local facilities would transform Southeast Asian states into major global players in the electric vehicle industry. Given the large reserves of minerals in ASEAN countries, the lack of infrastructure and know-how could be balanced by foreign investments, helping to reduce the workload and  the transfer of technology for the industry’s future development. In this regard, ASEAN should also take a look at European markets. The entry of European manufacturers, such as Bosch and Volkswagen into ASEAN’s EV production would raise the quality of the local EV sector, increase Southeast Asian competency in the EV component industry, and likely push for the development of battery technology in conformity with the circular economy. EVs could be offering ASEAN the opportunity to keep up with renewable energy targets and sustainable growth. It is now up to ASEAN to seize it.