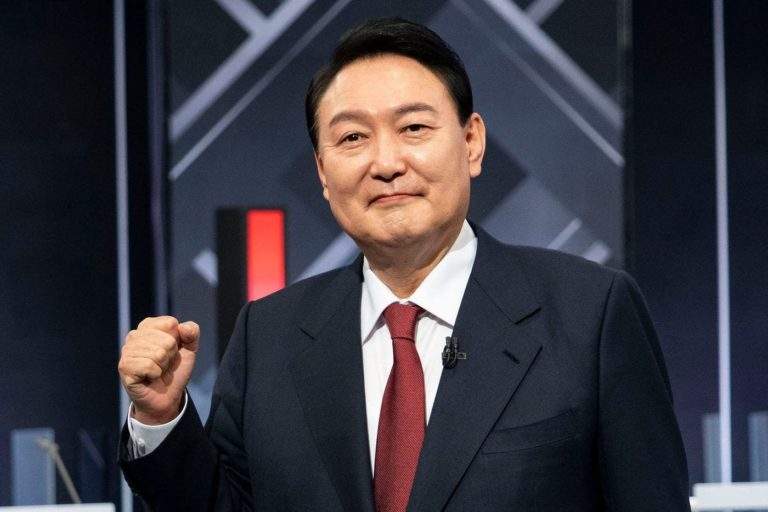 Amid the COVID-19 pandemic Yoon Seok-Yeol of the conservative People Power Party (PPP) was elected as the ROK’s new president winning 48.56% of the votes. President-elect Yoon’s administration is expected to bring substantial change to South Korea’s foreign policy. Hence, what will be potential areas of future cooperation between the EU and South Korea under Yoon's administration?

South Korea’s 20th presidential election was held on 9 March 2022 amid the COVID-19 pandemic, and had a 77.1% voter turnout. Yoon Seok-Yeol of the conservative People Power Party (PPP) was elected as the ROK’s new president winning 48.56% of the votes, while his opponent Lee Jae-Myung lost the election with a mere 47.83%. Yoon’s narrow victory over Lee will see him replacing the incumbent liberal president Moon Jae-In, whose term will come to an end on 9th May 2022. President-elect Yoon’s administration is expected to bring substantial change to South Korea’s foreign policy, in particular that surrounding the state’s relationship with their regional allies. This EIAS Op-ed will examine the potential areas of future cooperation between the EU and South Korea under Yoon’s administration.

This was South Korea’s tightest presidential election since the country began holding free presidential elections in 1987. Initially, when the vote-counting started, Yoon fell behind Lee, until Yoon  gained a lead, winning with a vote difference of only 0.7%. The election was widely seen as a referendum on the Moon Jae-In government. Professor Ahn Byong-Jin, a political scientist at Kyung Hee University in Seoul asserted that “this was not an election for the future, but an election looking back to judge the Moon administration,” adding that “by electing Yoon, people wanted to punish Moon’s government they deemed incompetent and hypocritical, and to demand a fairer society.”

Foreign media has underlined the country’s bitter political divides and paid close attention to possible changes in the South’s policy toward North Korea, as well as in its relations with the US, China, and Japan over the next 5 years. This is expected, given that president-elect Yoon has articulated his desire to be more hawkish in his foreign policy than the outgoing Moon government.

On 18 March 2022, Yoon officially launched his presidential transition committee which may exist until up to 30 days after the inauguration of the new government. Yoon’s committee consists of 7 divisions (Planning and Coordination, Diplomacy and Security, Politics and Judicial Administration, Economics 1, Economics 2, Science and Technology Education, Social Welfare and Culture) and 3 task forces (national unity, balanced regional development, and COVID-19 emergency response). Ahn Cheol-Soo, who was once a presidential candidate himself, has been assigned as the chairman of the committee. In his victory speech, it was not surprising for Yoon to emphasize the importance of national unity being at the center of the new government’s philosophy. In forming the new government’s key tasks, along with national unity, Chairman Ahn suggested the restoration of fairness, the rule of law and democracy, and the establishment of a foundation for future sources of income and jobs. He also underlined the need to balance regional development, and build a sustainable nation. The committee will finalize and announce the new government’s key national tasks in early May 2022.

On 10 April 2022 President-elect Yoon announced his picks for eight ministers’ nominees, half of his new Cabinet. The nominees are subject to parliamentary confirmation hearings, though the appointment can still be finalized if the president presses on. Yoon is expected to face an uphill battle to receive parliamentary support as the Democratic Party of Korea (DPK) dominates the National Assembly with 172 out of 300 seats. Most notably, Yoon nominated Lee Jong-Sup, a former vice chairman of the Joint Chiefs of Staff (JCS) as defense minister, and Lee Chang-Yang, known as South Korea’s “father of semiconductors” as the minister for industry, trade and energy. This reveals Yoon’s administration’s priorities in the security and industry areas.

Diplomatic relations between the EU and South Korea were first established in July 1963. Since then, the two sides have maintained strong, cooperative relations. In 2010, both sides agreed to become  strategic partners, and South Korea is the only EU partner it has finalised a Framework Agreement (2014), a Free Trade Agreement (2015), and a Crisis Management Participation Agreement (2016) with. In terms of economic relations, the EU is South Korea’s third largest export market, while the ROK ranks ninth for the EU in its export of goods. Moreover, exports (in automobile, automobile parts, and storage batteries) and imports (in automobile, automobile parts, and medical supplies) between the EU and South Korea have amounted to 520 Billion USD and 595 Billion USD respectively, as of 2020.

Furthermore, South Korea has cooperated with the North Atlantic Treaty Organization (NATO) since 2005 as one of its four main partner countries in the Asia-Pacific — the others being Australia, Japan, and New Zealand. NATO has been developing closer ties with these four regional Asia-Pacific partners as agreed at the June 2021 NATO Brussels Summit to address cross-cutting security issues and global challenges such as cyberspace and climate change.

Yoon’s foreign policy priorities will be to strengthen the ROK’s comprehensive strategic alliance with the US, whilst continuing to build China-ROK relations on a basis of mutual respect, and ​​reducing economic dependence on China. With regard to Southeast Asia, Mr. Yoon has proposed an ABCD Strategy (Advance human capital, Build health security, Connect cultures, and Digitize Asian infrastructure), an expected continuation of the Moon administration’s New Southern Policy. Moreover, even though he has criticized President Moon’s approach to dealing with North Korea and aims to bolster South Korea’s defense capabilities, whilst remaining undecided on whether South Korea should join the Quad, he is likely to keep communication channels to engage in dialogue with North Korea open during his presidential term. Considering China and Russia’s influence  over North Korea, South Korea’s more amicable relations with these countries can not be ignored, although Yoon has actively voiced his support for the Ukrainian resistance.

Even prior to taking office, Yoon even considered sending special envoys to the US and the EU, and not to China, Japan, and Russia. This demonstrates that president-elect Yoon recognizes the EU as one of the ROK’s most important global partners. Moreover, what is particularly noteworthy is Yoon’s statement that “The Blue House will take care of not only military security, but also [will take care of] economic security.” Therefore, under glowing nationalism, Yoon’s administration will likely work closely with the EU and other strategic partners in promoting international cooperation and diversifying their global supply chains. Such may be achieved by leveraging South Korea’s core manufacturing technologies, such as that surrounding semiconductors and batteries. Additionally, Yoon’s government will build a value diplomacy partnership with European countries to establish international norms, promote human rights, and to significantly expand cooperation in the field of advanced science and technology.

Yoon wants to reverse the phasing-out of nuclear energy introduced under President Moon by elongating operating times for existing nuclear power plants, and canceling the moratorium on two reactors under construction. Yet, South Korea’s Framework Act on Carbon Neutrality and Green Growth containing legal procedures and policy measures to achieve carbon neutrality by 2050 was enacted on 24 September 2021, and came into effect on 25 March 2022. It is therefore key to develop a solid energy transition policy at the regional and national level as well as develop advanced carbon-neutral technology. Thus, Yoon’s administration is expected to continue to actively cooperate with the EU, being at the forefront of climate action and energy-related matters.

Yet, as Yoon is still in the process of identifying his core policies, cabinet, and strategy for cooperation with external partners like the EU, the detailed roadmap for EU-South Korea cooperation, measures, actions and mechanisms will only become clear and widely available in May when the new government takes office. Yet, under the Yoon administration, we can expect him to further expand relations with the EU in global security and economic affairs, in order to uphold diplomatic relations.