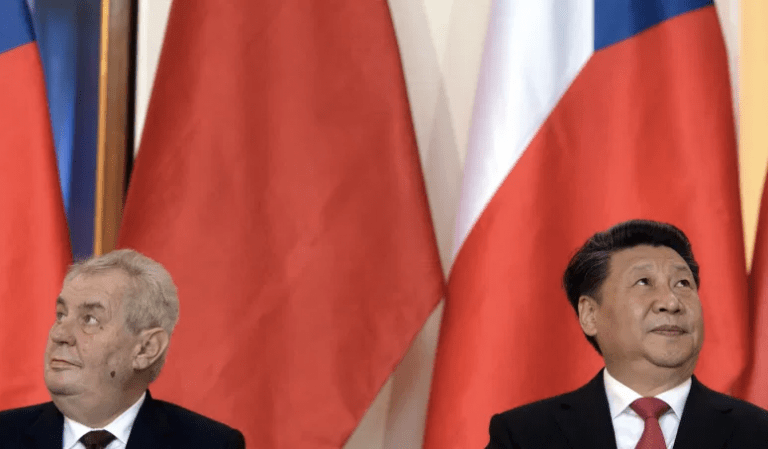 Relations between the Czech Republic and China continue to persevere despite a turbulent decade in their bilateral relationship. Since 2013, the Czech Republic, under the leadership of President Miloš Zeman, had originally sought close economic and thus political ties to China. However, Zeman underestimated the deep polarisation evident in the Czech political culture that closer relations with China caused, partly as a legacy of the country’s anti-communist history. This coupled with the lack of deliverables concerning the new economic relationship ensured that the pursuit of close relations with China had once again become a significant domestic issue. On top of this, both nations became guilty of assuming that a close Sino-Czech rapprochement would yield great economic benefits, that unfortunately in the Czech perspective have not yet arisen.

2013-2017 is regarded as the ‘golden age’ in Czech-China relations, a period in which the two nations enjoyed a close and cordial relationship. China has always been somewhat of a divisive topic among the Czech political elite and in the general public as a consequence of Czechia’s communist past. Yet, in 2012 when a government reshuffle occurred as a consequence of elections, China-friendly President Zeman emerged victorious, supported by a faction of the Social Democratic Party (ČSSD) that advocated amiable relations with China through the spirit of economic pragmatism. Zeman embarked on a charm offensive towards China, visiting Beijing for a military parade commemorating the end of the Second World War in 2015; significant in that he was the only EU leader present. In 2016, President Xi Jinping returned the favour, embarking on a state visit to Prague; one viewed as widely successful in that it ended with the signing of a strategic partnership, including almost EUR 11 billion of investment deals between the two nations, a sign of their strengthening ties. Zeman reciprocated, referring to Czechia becoming an ‘unsinkable aircraft carrier of Chinese investment’. In part, the emphasis on rekindling jovial relations with China was regarded by the Czech Republic as a pragmatic move to diversify its economic partners after the financial crisis of 2008, primarily in order to reduce the country’s dependence on trade with Western European nations.

However, in an interview with EIAS, Dr. Richard Turcsányi, Program Director at the Central European Institute of Asian Studies (CEIAS), asserted that ‘economically speaking, things did not deliver’, in reference to the investment deals agreed between the Czech Republic and China. Ultimately, only EUR 1 billion out of the original EUR 10 billion signed materialised, and as a result ‘it is hard to pinpoint a clear business success story which would benefit the Czech economy’. Reciprocal investment from both sides has remained small, and has not been enough to stimulate significant GDP growth in the Czech Republic, reflected in that as of 2020, Chinese foreign direct investment (FDI) in Czechia accounts for less than 1% of the overall national FDI.

Most of the EUR 1 billion invested derived from a private company called CEFC China Energy, which acted largely independently of the Chinese state, making acquisitions that included J&T Finance Group, a brewery and the nation’s largest football team, FC Slavia Praha. The CEO at the time, Ye Jianming, even became a close economic adviser to President Zeman. However, Ye was arrested in 2018 amid reports that CEFC’s investments not just in the Czech Republic, but around the globe, were supported by dubious loans.

In 2018, the balance in Czech-China relations shifted further when the Czech cyber security agency issued a warning to private companies about the use of Chinese telecoms giant Huawei in software, due to its purported security threat in view of its closeness to the Chinese state. Since then, in October 2020, Czech telecoms company CETIN announced Ericsson as the sole supplier of its 5G network, following the lead of a number of EU countries who have also overlooked Huawei. This represents only a part of the increasing political tension between the two nations, reflected also in Prague mayor Zdeněk Hřib deciding to drop Beijing in a sister-city agreement, replacing it with Taipei.

The political tension created by close Czech-China relations in the past decade can in part be understood by the contention that friendly terms with China creates in the Czech Republic. The legacy created by the popular first president of the Czech Republic, Václav Havel, continues to perpetuate in Czech politics today, with his anti-communist background and values-based politics still providing a source of influence for many Czech politicians, and for the Czech public and civil society in general. This is in contrast to the section of the Czech political sphere that includes President Zeman and his SDP faction, who advocate close economic and political relations with China in order to enjoy mutual economic benefits between the two nations.

We can see this dynamic at play in the recent and widely publicised visit of Czech politician Miloš Vystrčil, member of the opposition party ODS, to Taiwan in September 2020. In the interview with EIAS, Dr. Turcsányi described Vystrčil’s move as ‘largely symbolic’ and one which ‘earned him a lot of political credit’. Vystrčil spoke in the Taiwanese parliament; declaring ‘I am a Taiwanese’, mirroring John F. Kennedy’s famous remarks ‘Ich bin ein Berliner’. As an affront to the PRC’s ‘One China’ policy, it unsurprisingly incurred displeasure from China. However, it can be perceived less as a provocation but more a statement toward the Czech political arena, in which Dr. Turcsányi described Vystrčil as ‘communicating his position’ vis-à-vis China.

In addition to this, and in the wider regional context, the Czech Republic continues to be a member of the 17+1, a grouping of Central and Eastern European (CEE) nations that promotes business interests with China. In an interview with EIAS, Grzegorz Stec, founder of the Brussels-based EU-China Hub and an EIAS Associate Researcher, acknowledged the ‘trajectory’ of the Czech-China relationship as largely in line with other 17+1 members, such as Poland, in their bilateral relations with China. However, despite there being a regional trend, the Czech Republic example is largely a result of its polarised domestic politics, also acknowledging that CEE states do not act in a homogenous manner due to their political and cultural differences (with Hungary being a good example of this).

The outlook for Czech-China relations remains turbulent, primarily as it appears that the golden era ‘used up all credit’ between the two sides, according to Dr. Turcsányi. However, both nations are likely to persevere to ensure that a dialogue is maintained. A spokesperson from the Czech Foreign Ministry stated to EIAS that it is in the Czech Republic’s ‘interest to have China as a partner that plays a more constructive role in global issues’. This statement is mirrored by the advent of Covid-19, in which there was some cause for optimism when the Czech Republic purchased medical equipment from China in spring 2020, a sign of increased economic and political cooperation in the face of crises. In recent events, President Zeman has since reiterated the Czech Republic’s support of the ‘One China’ policy, further underlining the increasing difference towards attitudes to China within the Czech political elite.

Czech-China relations could, provided close dialogue continues and realistic and achievable goals for both sides are considered, improve with time. Now CEFC is out of the picture, a strong Sino-Czech relationship will no longer have to rely on the slightly unsound origins of CEFC’s financial history, as it did ‘in its heyday’. Recent proposals by the European Commission indicate the EU would seek to prevent foreign companies disrupting the European market’s level playing field, while protecting its ‘strategic autonomy’ against unfair competition. This legislation would certainly go some way towards preventing future scenarios like that caused by CEFC. According to a spokesperson at the Czech Foreign Ministry, ‘reciprocity’ and ‘a level playing field’ will continue to define Czech-China relations at an EU level, and even more so depending on the outcome of the CAI (Comprehensive Agreement on Investment), the completion of which is expected by the end of 2020.

For now, Sino-Czech relations are expected to continue to follow the recent downward trend. However the political dynamic created by the fact that both sides ‘had unrealistic expectations about how far they could push economic interactions’ during their golden era will continue to define their bilateral relationship. Nevertheless, points for some general optimism are reflected at the EU level, in terms of the envisaged ‘EU27+1’ meeting set to take place next year. As Grzegorz Stec asserts, it is hoped that this new format will provide ‘an interesting and new dynamic for internal discussions’ between EU member states preceding the summit, potentially allowing ‘for a greater voice for the Central and Eastern Europe nations’ and the chance of a coherent and united EU outlook on China. For now however, CEE countries including the Czech Republic should develop clear China strategies underlining what they hope to gain from bilateral ties with China. This should help Czech-China relations to continue in the post-Covid-19 era, by finding common ground on issues such as climate change where both nations are invested in finding a solution. This echoes the view of the Czech Foreign Ministry, which underlines the need for a China that ‘shares more responsibilities and contributes to resolving global and regional problems, such as peace, security, energy, climate and environment’. Achieving this will go some way to normalising Czech Republic-China relations, which were originally driven by an agenda of seeking closer economic ties that has been broadly unsuccessful.