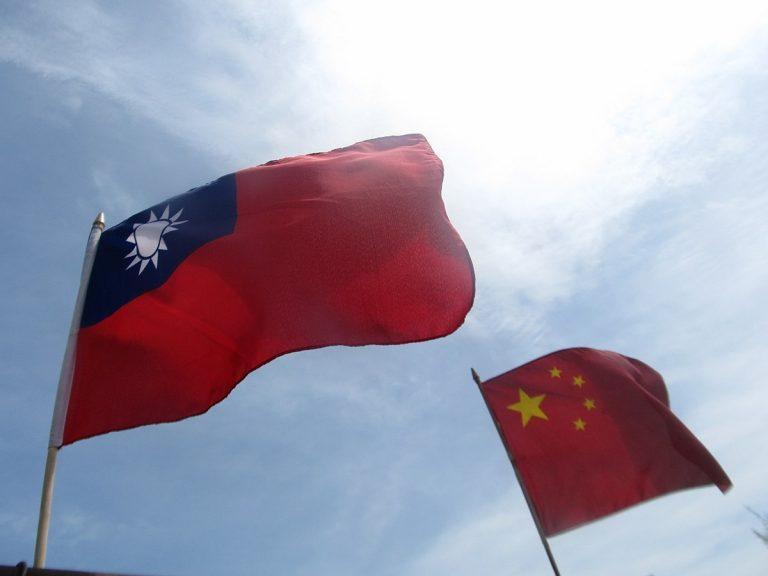 Forty years ago, the government of the People’s Republic of China issued a message to the people of Taiwan, indicating that it was no longer pursuing unification mainly through force, but that it preferred and prioritised peaceful means. Today, although President Xi Jinping did not remove the military option from the table in his last speech, Mainland China continues to push for a peaceful unification with Taiwan. To make this task harder than ever, there has been a deterioration of cross-relations in recent years. The fact that official communication between the two governments is non-existent, does not make things any easier. To avoid possible misunderstandings that could lead to unfortunate outcomes, and for the sake of stability of the region, this op-ed argues that official communications between Taiwan and Mainland China should be resumed promptly. In this process, the EU should play a role in favour of reconciliation.

As far as government-to-government relations go, Taiwan and the Mainland share a delicate history. Since 1949, both Taiwan’s authorities – who still label themselves as the Republic of China – and the People’s Republic of China have claimed legitimacy as the only China. In 1979 the United States switched allegiances from the Republic’s authorities to the People’s Republic’s. Shortly after, Mainland China then reached out to Taiwan with a “3 Direct Links” attempt to normalise relations. The three links were transportation, commerce, and communication. In response, Taiwan implemented its “3 Noes” policy with Mainland China: no contact, no compromise, no negotiation. However, by 1987 it began allowing its residents to visit Mainland China, and both countries established institutions to deal with governmental relations. Increasingly, stable communication between the two parties has been an important element in preventing conflict and misunderstandings; however, the situation has recently taken a turn for the worse.

Today, the state of the cross-strait relations remains delicate and internationally relevant, partially due to the fact that both countries are technically still at war with each other, as there has never been a formal declaration of peace from either side. In 1992 the two parties came to a consensus acknowledging that there is only one China and that each believed themselves to be it. The bottom line was that they agreed to disagree, a status that allowed for the negotiations that followed to not be affected by the issue. Opposition to this consensus has mainly – but not exclusively – stemmed from movements that want to make Taiwan an independent country with its own, separate national identity.

Historically, two main Taiwanese parties have dominated the political sphere, supporting two extremely different agendas and policies: the KMT and the DPP. Whilst the Kuomintang (KMT) favours unification, the Democratic Progressive Party (DPP) supports a path towards independence.  As soon as President Tsai Ing-Wen (DPP) took office in 2016, the official position of Taiwan shifted from agreeing to the 1992 Consensus, to rejecting it. As reiterated by the Taiwanese President herself in response to President Xi Jinping’s speech earlier this year, the development of cross-strait relations depends on Beijing’s recognition of Taipei’s autonomy and its democratic processes.

Next year’s elections in Taiwan will be an important factor in determining the nature of future relations between the ROC and the PRC. Thus, it is not surprising that Mainland China reacted in a positive way to the opposition KMT winning local elections last year. The Chinese government is also looking closely at the campaign for the 2020 general elections in Taiwan: the parties, the programmes they run with, and the reactions of the people. Although it is very likely that both sides will create slogans and catchy phrases that will not flatter the Mainland, the main concern of the PRC is Taiwan pushing forward its independence agenda.

There are many sensitive issues at stake during the Taiwanese general elections of 2020. Yet, each candidate has distinct views for the future of the island. The DPP has proposed two candidates for the top-job: current President and centrist Tsai Ing-wen, and her former Prime Minister  William Lai, a strong supporter of independence. On the other hand, there are five candidates running for the candidacy within the KMT, most notably Terry Gou, the founder and President of Foxconn – the world’s biggest manufacturer of computer parts. The media-savvy tech mogul who decided to run for President after allegedly receiving encouragement from the sea goddess Mazu, declared peace and stability to be his main focus, together with the continuous pursuit of economic development.

Another factor that has influenced cross-strait relations is the recent degrading relationship between the US and the PRC. In fact, the relationship between these two economic giants entered a difficult period in 2017 when the People’s Republic of China was suddenly named a ‘strategic competitor’, leading to severe trade disputes. The US Congress even passed the Taiwan Travel Act to allow Taiwanese and American citizens to travel to each other’s countries. Arms sales from the US to Taiwan are not helping foster better relations either. Following the introduction of a new bill to boost relations with Taiwan by American lawmakers, hopes for the US to be the intermediary for reconciliation are as thin as air.

In this framework, what role can the European Union play to foster improved relations between Mainland China and Taiwan? Although the EU encourages dialogue between the Mainland and Taiwan, it stands its ground in recognising the PRC under the One-China policy. Despite this, in accordance with its core values of democracy and liberalism, the EU also supports Taiwan’s democratically elected government. Because a conflict generated by any misunderstanding caused by the lack of diplomatic ties may affect international stability, the EU should work to establish a forum for dialogue. As the Taiwanese elections play out and economic and trading relations with the US continue to change, the EU should position itself as a beacon of stability and reliance, an example for cooperation, dialogue and peaceful exchange of information.