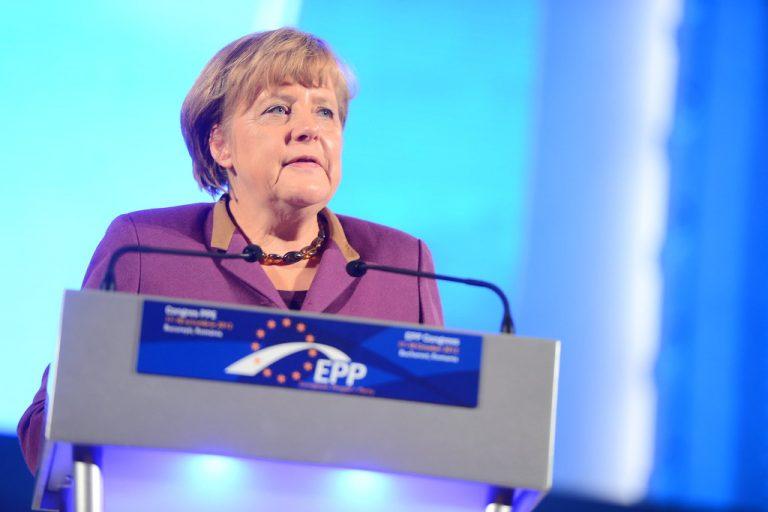 The favourites for the EU’s top jobs rarely win the prize. Whilst Timmermans and Weber recently ran a pseudo-presidential campaign as Spitzenkandidaten, speculation remains over who will eventually end up as President of the Commission. The irony of this campaign might well be that neither candidates will end up on top.

This begs the question: why is nobody mentioning the name of Chancellor Angela Merkel?

It might be perceived as farfetched to assume that das Mädchen will eventually become the favourite for the highest European office, nonetheless, delving deeper into the prospect provides added plausibility.

Firstly, she is one of the most prominent leaders of the largest political fraction in the European Parliament, the EPP. The leader of this group, Spitzenkandidat Manfred Weber, a Chrisian Democrat, could be bypassed by the German Chancellor.

This brings us to a second argument in her favour: her title. As she is one of the longest serving European heads of states, and a leader that presides over the strongest European economy, she could be considered as the most qualified candidate.

Thirdly, it is clear that it will be very contentious for other members in the council to object to her candidature. Even President Macron will find himself between a rock and a hard place if he would openly prefer any Spitzenkandidat over Merkel. Macron did not give any preference for any Spitzenkandidat during the campaign. The faction, which his Renaissance Party recently decided to join in the EP – ALDE – opted not to put forward any specific candidates.

Furthermore, Mrs. Merkel made it clear that she will not seek another term as chancellor after her current one ends in 2021, which is less then two years away. There are a lot of parallels with the current President of the European Commission, Mr. Jean-Claude Juncker, who also became Commission President after 19 years as Prime Minister of Luxembourg. For Mrs. Merkel, one of the only more prestigious positions she could aim for before the end of her political career is becoming President of the European Commission.

One of the strongest arguments in her favour to become President of the Commission lies with the fact that she would historically become the first female President of the Commission. Given the lack of female leaders who have global name recognition, rebalancing the much needed gender balance at the top of the EU Institutions would be a major statement in the world of global politics which is ruled by an old boys-club of Trump, Xi and Putin.

With her political maturity and experience, there is no doubt of the value that she would provide to the European Commission. One added benefit is the respect and reputation she enjoys from many world leaders.

With all due respect to the other present contenders, they simply do not match at any lengths her capacities, experience and maturity.

It is difficult to foresee Merkel placing her own candidature forward, rather she will be proposed the job in the old-fashioned way: by the European Council. This present vaudeville of talk about the Spitzenkandidaten will be easily pushed away in Brussels as being part of a EU smokescreen show – an example of Brussels’ surrealism: nothing is what it seems. Or would it still be preferred that this time again a weaker candidate would be nominated as President of the Commission, serving different agendas and interest of other stakeholders?