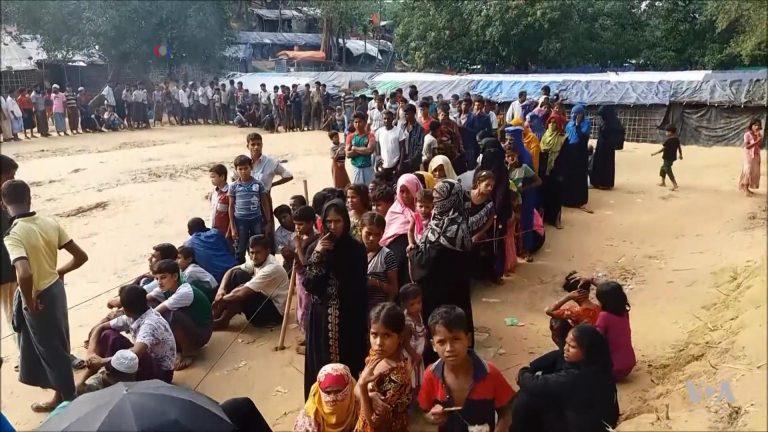 The 21st EU-China Summit held in Brussels on April 9 has attracted huge public attention. After the summit, in light of the conclusion of a joint statement, both the EU and China appear to have considered proceedings a success. Especially from the EU side, Donald Tusk, President of the European Council, claimed that the negotiations were “difficult but ultimately fruitful”. The issue of the statement seems to send a strong signal to the outside world that the two parties are able to overcome their differences, find common ground, and promote mutual benefits. Their bilateral relationship seems to remain robust.

I hate to rain on the EU and China’s parade, however from the statement, there is little evidence of any breakthrough concerning negotiations on human rights issues, particularly in relation to the Rohingya Crisis. Throughout the almost seven-page statement, there is only one point directly addressing the conflict, which consists of less than one line. This underwhelming mention reads: “They [the EU and China] also exchanged views on the situation in and around Myanmar”. This is below the expectations of concerned observers.

The EU and China, two of the biggest powers in the world, ought to assume more responsibility to deal with crimes against humanity, such as the one happening in Myanmar. By showing more willingness and taking more concrete actions, the two parties can prove their strong commitment to ‘responsibility to protect (R2P)’. This norm, grounded in political morality, is significant to most powers around the world. Aside from morality, the EU and China can also advance some ‘realistic’ interests through committing to more concrete actions.

Before discussing the potential benefits for the two parties (borne of assuming greater responsibility), the specific nature of responsibility should be clarified. Who exactly should be protected? This article is to explore what the EU and China can offer to the Rohinyas who have survived the conflict and fled to Bangladesh, instead of offering a solution to the conflict in Rakhine state. That is, the protection of refugees is the key focus of this article.

In the Rohingya Crisis, at this moment, the displaced people or refugees in Bangladesh deserve the most immediate protection. While the five permanent members of the UNSC are still debating on sanctions or even military intervention, due to a lack of security, water, and food, the lives of numerous refugees are at stake. Against this backdrop, both the EU and China can easily lend this vulnerable group a helping hand in the form of some basic protection.

To China, the biggest regional power, helping those refugees is definitely within its capabilities. The willingness of China is the key problem. Myanmar is a close partner with strategic importance to China. More specifically, the stability of Myanmar’s government and its effective control of the Rakhine region are in the interest of China’s energy security. A proposed oil pipeline is set to connect Myanmar’s Kyaukphyu port with southwestern China. This will enable China to import gas and oil from the Middle East much faster, without shipping it through the Malacca Strait. Out of its own concerns surrounding energy security, China is willing to stand on the side of Myanmar’s government, preventing the UN from exerting too much pressure. China appears fully committed to this standpoint, even if it means taking a bullet – in the form of pressure and moral condemnation from other powers – for Myanmar at the international level.

However, China is unlikely to offend Myanmar or jeopardise bilateral relations by simply offering some basic protection to the Rohingya in Bangladesh. The help China can offer is not going to directly threaten the stability of the Myanmar government per se. Additionally, to reference Chinese rhetoric, it would not have to intervene in Myanmar’s domestic affairs. In other words, China can protect the refugees without undermining its strategic relationship with Myanmar, and subsequently, its own national interest.

Besides, given that China itself has been frequently criticised for not respecting human rights, showing more willingness to protect Rohingya refugees is an effective – though perhaps not sufficient – way to respond to those criticisms. More specifically, by demonstrating a willingness to help resolve this crisis, China can improve its relationship with the EU to a certain extent. One of many reasons why the EU continues imposing an arms embargo on China is that the latter has not shown any obvious progress on human rights protection. If China could make sincere efforts to help these refugees, it will demonstrate to the EU that China values human rights and is devoted to protecting them, which might be a minor step towards the lifting of the arms embargo.

Most importantly, China has repeatedly emphasised that the right to live is the primary basic human right. For Rohingya refugees in Bangladesh, their right to live is still at risk, and China should take more actions to remain true to its own words, and prove itself as a ‘major responsible country’.

As for the EU, the guardian of human rights in the international community, its willingness to contribute is not being doubted. This being said, it can definitely be more effective in its approach to the situation. The EU can do more than simply lending a helping hand to the refugees.

Since the breakout of the crisis, the EU has donated €94 million in humanitarian aid. Unfortunately, this is still below the needs of the refugees. It should be clear by now that the aid from the EU and its partners alone is not going to be enough. Thus, the EU needs to publicly as well as privately call upon China and Myanmar to undertake more concrete actions, further spreading its norms and values to the other side of the world. It is time for the EU to demonstrate that it has the ability to drive uncooperative actors to be more contributive, and more in line with the values it upholds. This is the task of the EU as a normative power.

For some prominent EU member states, they also have an important role to play in protecting the refugees, particularly France and the UK (at least for the time being). Ever since their military intervention in Libya, the two countries’ motives to support R2P have been questioned by not only Russia and China, but also their ally Germany. Their action in Libya seems to confirm the suspicion that R2P can be abused by some countries for geopolitical gains. Faced with this kind of accusation, France and the UK should consider demonstrating more sincerity by devoting more efforts to the protection of Rohingya refugees. In this way, they might be able to demonstrate that their support for R2P stems from humanitarian concern, and that they are willing to protect refugees regardless of geopolitical benefits.

The need to use realistic interests to encourage major powers to undertake their responsibility to protect is saddening. Unfortunately, this might be the most effective way to motivate states in to action. One also needs to note that protecting the refugees is by no means a long-term solution to the conflict, and that it is not going to prevent it from escalating or happening again. Nevertheless, this is what the refugees are desperately looking for. The UN – with the EU and China taking more initiative and responsibility – can combine short and long-term solutions in order to tackle the conflict more comprehensively and effectively.

Both the EU and China ought to take more joint actions to protect the refugees’ rights to live – a point worth discussing in their next meeting. If they succeed in establishing a common approach, bringing it up at the UN level together and calling for more support from other actors will send a stronger and more positive signal to the world of their relationship’s robust and constructive nature.