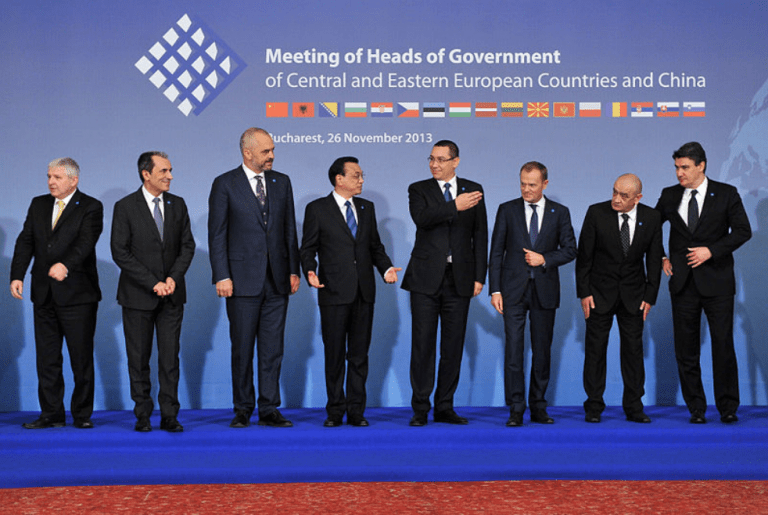 In a recent article published in The Diplomat, EIAS Associate Richard Turcsanyi discusses the limits of China-CEE Relations, what is new about China-CEE cooperation and what prospects for the future should we expect after the Suzhou summit. The article is reproduced below

In late November China hosted the leaders of 16 Central and Eastern European (CEE) countries in Suzhou for the annual summit of the 16+1 platform. This was the first time the leaders had met in China, after the summits in Poland, Romania, and Serbia. The conference theme was announced as “new beginning, new domains, and new visions.”

The 16+1 platform was formally created in April 2012, when Chinese Premier Wen Jiabao met for the first time with his 16 counterparts from the CEE countries in Warsaw. The year before Wen had already met with the CEE economic ministers in Budapest. Depending on which meeting we count as the first one, the present form of China-CEE cooperation now enters its fourth or fifth year.The theme of the Suzhou conference might suggest that the partnership needs to be restarted and that “new domains and new visions” need to be discovered and applied. So what is new about China-CEE cooperation and what prospects for future should we expect after the Suzhou summit?16+1 platform: Falling short so farThe list of economic achievements–the main motivation for participating in the 16+1 platform, at least on the side of CEE–has not been so impressive. Trade between China and the CEE16 has increased from $43.9 billion in 2010 to $60.2 billion in 2014. This was actually a smaller rise than in the comparable period of 2006-2010. Similarly, Western European countries experienced even faster growth in their exports to China during the same period.Likewise, there has not been a rapid increase of Chinese investments in the CEE region after the establishment of the 16+1 platform. Many investments actually arrived before the platform was established, such as in Hungary, which has not attracted any significant Chinese investment deals since the beginning of the platform.

Interestingly, the five non-EU members among the CEE16 received the most significant deals, although, the remaining 11 EU members are economically much stronger and their trade with China accounts for more than 90 percent of the CEE16 group total.

It is generally recognized on both the European and Chinese sides that the economic outcomes of the 16+1 cooperation have fallen short of expectations, with some notable exceptions. Before the summit in Suzhou there was a sense that, while the creation of the framework has been a success, it is now time to make the partnership deliver practical results.Suzhou’s “domains and vision”The major headlines of the 2015 Suzhou conference were that the Belt and Road initiative has reached Europe, that China wants to build ports, highways, and high-speed railways using a newly proposed multilateral financial firm. This moves the 16+1 platform closer to general goals of the Belt and Road initiative, which rests with the idea of connecting China and Europe, with significant emphasis on infrastructure construction. While the level of emphasis is new, the issue has been on the table ever since the establishment of the platform, even before the actual Belt and Road initiative was officially announced or linked to the 16+1.Yet the track record of Chinese involvement in construction projects in the region is mixed.

There is the case of COVEC and its abandoned highway construction in Poland. On the other hand, China constructed a bridge over the Danube in Serbia, and highways connecting Bosnia, Montenegro, Albania, and Macedonia. Apparently China has succeeded in getting (and finishing) infrastructure projects in non-EU member countries, but not so elsewhere in Europe.One reason for this is probably the different administrative environments and higher standards in the EU countries. Yet it might also be that the CEE countries just have different interests altogether. The mismatch was visible after the meeting between President Xi Jinping and Czech Premier Bohuslav Sobotka. The Chinese Ministry of Foreign Affairs webpage expressed the Chinese interest in “transportation infrastructure construction such as high-speed rails, roads, and bridges so as to realize all-round connectivity.” Sobotka, however, mentioned in an interview soon afterward that he actually does not think it likely that China will build such projects in the country.There might be further issues. The pledge of a $10 billion credit line was repeated in Suzhou (for the fourth consecutive year already) and it was mentioned that China would support projects in the CEE countries with the condition they use Chinese equipment and material. It should be remembered that the credit line was one of the headlines back in 2012 and it was also one of the main reasons for worries in Brussels that China might go against the EU rules. It has never been clarified how the credit line should be used and it does not seem that any progress has been made in Suzhou or that the conditions which attracted the worries at the first place have changed.Different dreams and overstated expectationsThe Suzhou conference did not bring any particular announcement of new domains.

China’s interest is now more explicitly linked to major infrastructure; however, such projects have not been remarkably successful in the past in the most of the CEE16. Without a new vision it is hard to see how that pattern will change. In any case, Chinese companies can — and most likely will — participate in various construction projects around the region. These projects should be determined by standard public tenders, such as those in which Chinese companies are now participating in Slovakia to construct planned parts of the national highway system (in joint ventures with local firms). The 16+1 platform does not seem to be either an exceptionally positive or negative factor here. Obviously, CEE16 would like to improve their infrastructure. But in many cases, what China is offering might not be particularly advantageous, economically feasible, or actually much needed.The primary CEE countries’ expectations for the 16+1 lay in different domains. They would like to see greenfield investments, increased exports, and more Chinese tourists – the things that actually create jobs and improve their economies.

These areas have been also part of the 16+1 process, but have not led to major outcomes and there is already a feeling of disappointment. For the future of China-CEE cooperation, these domains need to be addressed more, rather than less. Furthermore, it should be in China’s interest to tailor major conditions of 16+1 cooperation to EU standards and rules if it really sees the platform to as part of the EU-China partnership, as Beijing regularly states.At the beginning of the 16+1 platform it was CEE16 countries that had unrealistic expectations for cooperation with China – and they likely have figured it out by now. Today, the tables might have turned, with China now holding unrealistic expectations of what it can achieve in the CEE countries and how the 16+1 platform can be used.