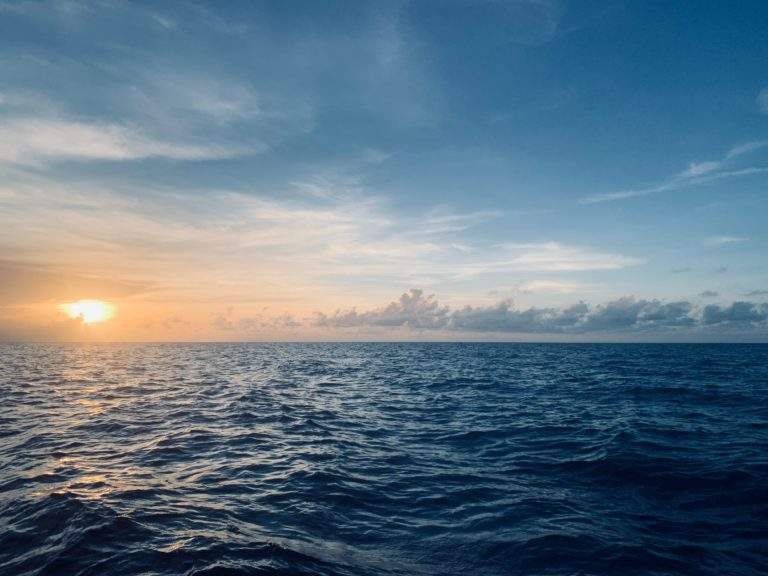 The Indo-Pacific, lacking all-encompassing security structures such as an “Asian NATO”, is facing rising tensions, including geopolitical rivalries, contested territories and territorial waters. To face this new environment and become strategically autonomous, the Council of the European Union published its EU Strategy for cooperation in the Indo-Pacific.

It has become common for observers to believe we have entered a new era of intensified great power competition. This less cooperative and more confrontational environment has deep implications for the relations between Europe, China and the US. The Indo-Pacific, which for the European Union (EU) stretches from the East coast of Africa to the Pacific Island States, sees 60% of maritime trade pass through its seas as well as producing over 40% of global GDP. This makes it a crucial region for most economies across the globe, including the EU. The Indo-Pacific, lacking all-encompassing security structures such as an “Asian NATO”, is facing rising tensions, including geopolitical rivalries, contested territories and territorial waters. To face this new environment and become strategically autonomous, the Council of the European Union published its EU Strategy for cooperation in the Indo-Pacific. However, the Council´s paper remains somewhat vague and similar to the policy that the EU and some of its Member States had been carrying out previously. Nevertheless, it is a first step towards improving the EU’s presence in the region of the Indo-Pacific, opening the door to a combined approach to deal with the challenges that have arisen.

The Indo-Pacific as a Concept

Japan started using the term in 2007, when then Prime Minister Shinzo Abe in a speech to the Indian parliament referred to the confluence of the Indian and Pacific Oceans as the dynamic coupling of freedom and prosperity. Ever since, high-level officials from countries across the globe such as India, Australia and the US have been increasingly using the term Indo-Pacific to denote the region. However, the concept is still not well defined and properly delineated, as different governments consider the region geographically different. For instance, the US considers the Indo-Pacific to stretch from the West Coast of India to the western shores of the US, whereas for France it includes Adelie Land, a territory in the Southern Ocean that is claimed as its own. In other words, the Indo-Pacific concept is not fixed, giving way to countries to use and mould it to fit their interests.

Some countries have published Indo-Pacific strategies to address the many challenges that have arisen in the region, among them Japan with its “effort for a Free and Open Indo-Pacific” or ASEAN with its “Outlook on the Indo-Pacific”.

The EU strategy in a nutshell

Germany, the Netherlands and France are the EU Member States that had already established a strategy towards the region and had been pressuring the EU to publish its own. In April 2021, the Council of the European Union released its conclusions on an EU strategy for cooperation in the Indo-Pacific.

The strategy opens by stating that the EU should reinforce its focus and presence in the Indo-Pacific because of its increasing importance. It continues by saying that the EU wants to reinforce its partnerships in the region on fronts such as climate change and humanitarian assistance. The Council deliberately made the strategy flexible and adaptable to the different powers in the region. In this way, cooperation can be achieved with players with either shared interests or shared values. The EU’s strategy has the following key goals: to support partners in the region, promote the international community’s global agenda, advance its own economic agenda, play a part in the security and defence of the Indo-Pacific, ensure high-quality connectivity, and promote collaboration in the fields of research, innovation and digitalisation.

It is worth noting that there is no direct mention of China or any “finger-pointing” in the strategy and while the EU recognises the challenges that the CCP poses, it is leaving the door open for cooperation.  However, it is also worth noting that the use of terms such as Indo-Pacific or “rules-based order” are not neutral, and to some, these concepts have become shorthand for anti-China. The EU by using them, despite its efforts, is generating tension and positioning itself towards the “like-minded”.

The main criticism towards the strategy is that it is a “paper tiger”. In other words, in practical terms it is soft on china and ambivalent on too many issues. However, this can also be seen as its strength, as with so many different member states’ national interests to juggle, this ambivalence allows the EU to be flexible in its approach, especially on soft issues.

How does this strategy compare to the EU Member States’ strategies?

The German Indo-Pacific strategy puts forwards a series of initiatives ranging from strengthening multilateralism, tackling climate change and protecting the environment, to strengthening peace, security and stability, promoting human rights and the rule of law, as well as enhancing rules-based, fair and sustainable free trade, rules-based networking and the digital transformation of regions and markets, including bringing people together through culture, education and science.

The Dutch “non paper” starts by raising six key issues, summarising the dynamic and growing importance of the Indo-Pacific and the need to step up the Dutch and EU role, as well as to strengthen partnerships in the region, with a focus on ‘the international legal order, democracy and human rights, sustainable trade, security and stability, safe passage and maritime security, climate change, global healthcare and poverty reduction. The Dutch government also published “The Netherlands and China: a new balance” an in-depth paper that touches upon sustainable trade and investment, development cooperation, the defence of the current multilateral system, climate change, raw materials and energy, human rights and security. In short, the Dutch government wants to cooperate whenever possible but protect whenever necessary.

Emmanuel Macron outlined France’s strategy for the Indo-Pacific in a speech given at the Garden Island naval base in Sydney in 2018. The strategy was last updated in 2019 by the French ministry of defence. The strategy is based on several pillars, including strong involvement from France in settling regional crises, being a guarantor of safety in the region, the deepening of ties in the region with China and strategic partners through the EU, and a greater role in regional organizations in support of multilateralism, in addition to a commitment to promote global goods.

France, as the only European nation that still has territories, over a million citizens and permanent military bases in the region, sets itself apart from Germany and the Netherlands who argue that their interests lie as big trading nations, depending on open sea lanes. However, they agree on the importance of the region for the EU, the goal of strengthening Europe’s role in the region, the prevention of the region becoming unipolar or multipolar, in favour, instead, of a multilateral system, and supporting ASEAN as a central pillar for stability in the region.

They also differ in some of their aims. France is eager to defend its sovereignty and interests in the region and is willing to oppose China. Germany aims at building consensus by crafting a policy that antagonizes neither China nor the US. Whereas the Netherlands, fearing increasing Chinese assertiveness in the region welcomes the combined EU strategy.

How does the EU Strategy compare to the Japanese one?

The Japanese vision for a “Free and Open Indo-Pacific” (FOIP) was last updated in March 2021 and has four main aims: The first aim is to promote maritime order through the clear establishment of the rule of law. The second, to secure connectivity across the Indian and Pacific oceans by developing roads and bridges across the Southern Economic Corridor and the East-West Economic corridor, by developing ports such as the Sihanoukville port, or by enhancing soft connectivity such as the introduction of electronic customs clearance systems in Vietnam and Myanmar, among others. The third is to enhance governance through capacity building by organizing seminars on public debt and risk management for officials of Finance ministers. Lastly, to ensure maritime security and safety by providing equipment and human resource development for maritime law enforcement in Southeast Asia.

Japan sees China as a security threat and treats the PRC very differently from how the EU does. Japan seeks to form a coalition of like-minded partners to tackle the issues that have arisen in the region, most of which are linked to China. An example of this coalition-building is Japan’s firm support of the Quad initiative. In contrast, while the EU wants to collaborate with like-minded partners, they do not wish to do so confrontationally and want to maintain a good relationship with China.

In conclusion, while the EU strategy is in line with most Indo-Pacific approaches, the fundamental reality differences with countries such as Japan or France, have translated into a somewhat different approach towards the region and China specifically. The EU is open to work with China on issues where there is a shared interest but also will join allies and partners on other matters that might go against the PRC.

Japan and the EU are likely to come closer not only on fields such as investment and connectivity but also on security because of the EU´s flexible approach and the many shared interests between the two powers.

It is also worth mentioning that the Council tasked the Commission and the High Representative to put forward a joint communication on cooperation in the Indo-Pacific by September 2021. It is expected this communication will go into further detail on what has been done and will be done, but not much else is known. We therefore eagerly await what the EU will have in store for the Indo-Pacific and its engagement with the region.

Bridging Europe and China: The power of Media, Communication and Storytelling