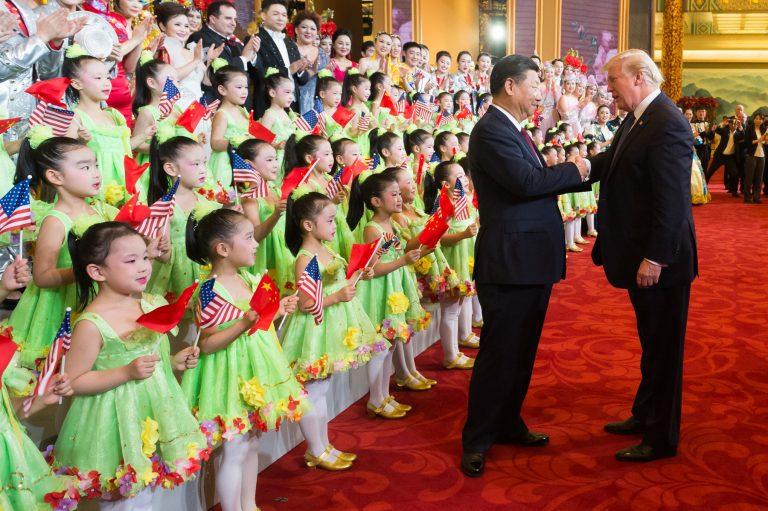 An outlook on China and beyond in 2019

In the past year, the world’s security landscape and economic development have witnessed high levels of volatility. The Trump-Kim summit has ostensibly eased tensions between North Korea and the United States, nonetheless, it is hard to predict how this situation will eventually turn out. In addition, Trump’s propensity to make decisions unilaterally has brought about a lot of uncertainty in the regional and international order.

The trade war between China and the US has cast a shadow over the global economy. With free trade coming under fire over the past few years, there are also efforts from China to practice a kind of “multilateralism à la carte”, undercutting the substance of liberalism. This form of pragmatic multilateralism by the great powers has inspired some countries to establish a new economic order. The completion of large-scale bilateral and regional free trade agreements is a sign of the WTO’s diminished capability to function as a forum for advancing the multilateral trade regime.

It is becoming increasingly evident that China, the world’s second largest economy, will have great influence over further developments in world affairs, both in terms of regional security operations and the global economy.

There are four hotbeds of tensions in East Asia: The South China Sea, North Korea, the Taiwan Strait and that East China Sea. Among all of these flashpoints, China, more than any other state, has the capacity to determine their future trajectory.

Starting from 2015, China under Xi Jinping has increasingly sought to leverage the country’s growing economic, diplomatic, and military clout to establish regional preeminence and expand the country’s international influence. In the last few years, Beijing has become increasingly assertive. From 2018 onwards however, it is noticeable that China has modified its strategy and tactics in dealing with the US and its neighboring countries.

In the South China Sea, China has been employing a “stick and carrot” approach toward its neighboring countries. While formally pursuing the development of a “Code of Conduct for South China Sea”, Beijing has been seeking more intensively diverse solutions to disputes via bilateral approaches. Joint oil exploration programs with the Philippines and Brunei, and a revival of the “Communist brotherhood” with Vietnam are part of this “soft diplomacy”. Parallel to that, Xi Jinping decided to exclude the US from the regional security discourse regarding the South China Sea, although he sensed that all other claimant states in the region welcome the intensifying presence of the US. Nevertheless, Beijing’s “soft diplomacy” will definitively favor the security environment and economic development of the region. In the long run, however, an armed conflict with the US will become unavoidable, unless both sides are able to come to an agreement over the freedom of navigation in the region’s waters.

Shortly before the Trump-Kim summit in Singapore, China’s abrupt engagement with Kim Jong-un in 2018 helped Beijing to avert the danger of being sidelined from developments on the Korean peninsula. At the same time, the strengthening of the ties between Kim and Xi has complicated the issue of denuclearization. This is not necessarily a positive development. China has demonstrated that it can easily sabotage the breakthroughs achieved during the Trump-Kim meeting in April. For Kim, however, there is a lot to be gained by successfully playing a game between Washington, Beijing and Seoul. Whether he will be able to play his cards right, remains to be seen. In any case, 2019 is likely to prove be a decisive year for Kim.

Beijing’s rapprochement with Japan last year has greatly eased the tension in the East China Sea. However, Tokyo knows that Beijing’s efforts are driven mainly by its opportunist thinking. The Chinese leadership is seeking a way to curtail the impact of the trade war between Beijing and Washington. While Shinzo Abe has embraced the normalization of the bilateral relations, Japan did not forget to mint a new unit of its Self-Defense Forces (SDF) last year.

Taiwan under Tsai Ing-wen has been increasingly squeezed by Mainland China on all fronts. Local elections in Nov 2018 gave Beijing hope that the pro-China KMT might be able to consolidate their influence, leading to those on the mainland taking a “wait and see” attitude towards domestic politics in Taiwan. Although Xi Jinping underscored recently that Beijing will make “no promise to renounce the use of force” in the pursuit of reunification, it is the economy, not issue of Taiwan, which gives Xi the biggest headache. In addition, the Asia Reassurance Initiative Act signed on the last day of 2018 by President Trump has provided measures directed squarely at China’s aggression toward Taiwan.

Looking to 2019, balancing instead of confrontation will be likely the pattern of response adopted by Asian countries concerning the China-US rivalry in the region. For some Asian countries, such as Japan and Taiwan, this act of balancing will be accompanied with military enhancement – this could be considered as “hard balancing. The majority of the ASEAN countries, however, are inclined to “soft balancing”, choosing to adopt a more subtle approach. North Korea will very likely enter its own phase of balancing next year.

The crux of the matter is that if the tough stance taken towards regional security by both the US and China doesn’t change, sooner or later, both countries will be “churned” into an armed conflict. This occurrence nevertheless, is unlikely to happen in 2019.

In spite of its gradual slowdown of GDP growth in the past few years, China is still widely regarded as an important and robust engine of global economic growth. China’s star, however, is fading.

Whereas the government’s statistics claim a GDP growth rate of 6.5% in 2018, another prominent non-government institution based in China, using two methods of calculation, has recently drawn a less flattering picture. One of the methods calculated that the growth rate was only 1.67%. Regardless of the immense differences in the data, it is visible that China’s economy has decelerated remarkably. Economic indicators in Beijing for November and December painted a gloomy picture of exports, industrial production, consumer spending and foreign investment.

The slack pace of political and economic reform has already inflicted a blow to the country’s private sector, with trade tension between the US and China has additionally accelerating this decline. Last years, more than five million private producers were closed, amounting to one of sixth of the country’s private companies.

In addition, More than 3000 listed enterprises hardly generated money in 2018. An overwhelming 80% of all revenues belonged to banks and real estate agencies, while the revenue of 1774 listed small and medium companies was so insignificant that it was even less than one and half of the revenue generated by the ICBC (Industrial and Commercial Bank of China). As a result of these sluggish economic figures, the consumption of automobiles and properties is fading. The Total Retail Sales of Consumer Goods (TRSCG) has dropped greatly in recent years. In Nov 2017, TRSCG grew at a rate of 10.2 per cent, while one year later, this figure had dropped to 8.1 per cent. 2019 will witness a further decline in TRSCG.

In light of the above-mentioned issues, China is eager to resolve the trade war with the US. Several measures are being taken, such as the introduction of a law against forced technology transfer, increasing imports of goods from the US.

The outcome of upcoming negotiations between the two sides is likely to play out in one of two ways. The best scenario would involve both sides reaching a consensus in February. However, the Trump administration will have to be satisfied with China’s formal correction of its trade practice, meaning that China’s economic structure will remain untouched, which is the source of US-China tussle.

The worst scenario is that Trump will be forced to demonstrate his tough stance toward China’s apparent half-hearted efforts by demanding a deeper, more structural economic reform. He thus will stick to imposing tariffs on almost $ 300 billion of extra imports in March.

Regardless which scenario will unfold, the mistrust between the US led West and China is sure to endure. Beijing’s advance in telecommunication technologies, for example, was accompanied with increasing suspicion amongst the USA and other Western countries. This distrust is likely to deepen, leading to Chinese companies such as Huawei suffering in Western markets. At the same time however, the world will continue to witness China’s expansion in the digital sector on other continents.

In addition, China unpleasant economic environment will lead to the scaling down of its Belt and Road projects, dampening its economic outreach. Up to date, 270 projects, making up nearly one third of all BRI projects, have been cancelled.

The whole world is eager to know whether and when China’s economy will recover. The Chinese government has recently decided to take measures to boost domestic demand and open new markets to offset the negative impact of trade disputes. Tax cuts, supporting job creation, and helping the private sector have emerged as priorities after the Central Economic Work Conference wrapped up plans for 2019. With a proactive monetary and fiscal policy in place, the deceleration in the second half of the year might become more modest.

The insecurity in trading relationships between the USA and China will make 2019 the year of ASEAN countries, with Vietnam, Indonesia, Thailand and Cambodia demonstrating great prospects for the future. With a combined population of over 635 million and a young workforce of 213 million, ASEAN has great potential to partly replace the supply chains from the Yangtze and Pearl River Delta. In addition, as one of six TPP 11 initiators, Vietnam will benefit greatly from TPP. On the whole, ASEAN will be a natural magnet for companies looking to diversify away from China this year. In other words: the trade war is creating winners in Southeast Asia.

Nevertheless, uncertainties are existent, especially when we consider that in 2019 from February to May, there will be elections in India, Indonesia and Thailand. The outcome of these elections will have a significant impact on the further trajectory of each respective country and the region as a whole.

Amid diminishing international trade and tightening global financing conditions, it can be estimated that growth in emerging markets and developing economies will reach 4.7 per cent in 2019, up from 4.5 in 2018. Mean whilst, China’s growth is expected to slow to 6.2 – 6.0 per cent.

To summarize, when compared to the previous year, 2019 will be a “peaceful” year with less volatility for East Asia, while uncertainties in other parts of the world will be on the rise. The Chinese leadership will focus on its economic problems accompanied with a moderate stimulus policy, meaning that the Chinese military hawks will have to remain reasonably inactive for the time being. Western companies in China have to be prepared for a shrinking purchasing power, at least in 2019. However, ASEAN countries will offset China’s slowdown. Whether East Asia will remain geopolitically stable and economically robust after 2019 depends very much on the interaction between the two great powers: the USA and China.