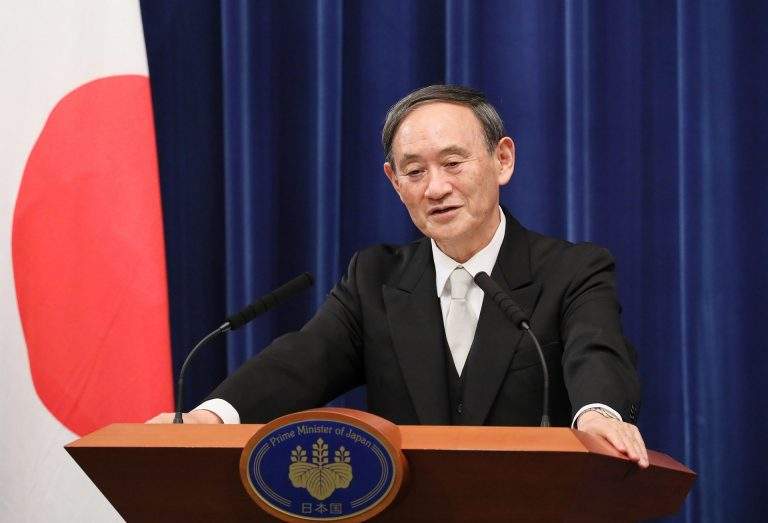 An Assessment of Japan’s Prime Minister Yoshihide Suga: Which Path is he taking?

When Yoshihide Suga became Prime Minister (PM) of Japan on 16 September 2020, many wondered what the transition of power would mean for Japan. Would there simply be a continuation of Abe-style policymaking, or was the new PM to significantly impact Japanese politics? Suga was widely expected to continue the status quo. This has been true in some ways, but the statesman has also revealed some signature policies and characteristics of his own. Almost four months after taking over from Abe, we can now paint a more accurate picture of Japan’s new Prime Minister. Some events and decisions made by Suga will be discussed here.

Before being elected, Suga was PM Shinzo Abe’s right-hand man and served as Chief Cabinet Secretary of the Japanese government for almost eight years. Between 2006 and 2007, he served as Minister for Internal Affairs and Communications. He was known to the public as the politician who communicated government decisions to them. Characteristic of Suga was his sticking to his lines and dismissing questions from journalists. He received his nickname, “Uncle Reiwa”, for announcing Japan’s new era name when Emperor Naruhito ascended the throne on 1 May 2019.

Suga as Prime Minister of Japan

The beginning of Suga’s term was somewhat tormented by a scandal concerning his decision to reject six scholars from the Science Council of Japan (SCJ), an independent scientific body funded by the central government.  Even though the Prime Minister in theory has the power to do this, scholars recommended by the SCJ had never been refused by the PM before. Some of the rejected scholars were known for openly criticising former PM Abe’s policies,  which is widely suspected to be Suga’s reason for rejecting them. When questioned about the motivations behind his decision, the PM refrained from answering, denouncing it as a “personnel matter”, which caused an enormous uproar in media outlets and on social media. The incident highlighted one of Suga’s significant characteristics: the desire to be in control.

Such developments have led to some government officials calling him by the nickname of “Sugalin” (a contraction of Suga and Stalin), alluding to what they perceive as an almost authoritarian tendency. A Liberal Democratic Party (LDP) senior lawmaker contended that “he has fired officials he does not like one after the other.” Furthermore, Suga has stated that he would have government officials transferred, should they disagree with the administration’s decisions.

This coincides with the way in which Suga makes decisions. Reportedly, the Prime Minister rarely consults many people, but rather prefers to decide by himself. This feature could be influenced by the fact that Suga must strike a balance between the standpoints of the major LDP factions that have supported his Premiership. Losing their support would decrease his chances of being re-elected as Prime Minister later this year. Yet, this has also incurred slow policymaking processes, problematic in times of surging coronavirus infections.

Another reason for Suga’s slow policymaking may be related to his pragmatic approach, especially in economic matters. 8 January 2021 marked the start of a new state of emergency in Tokyo and the three surrounding prefectures of Saitama, Chiba and Kanagawa. The decision was criticised by opposition parties, who claimed it came much too late. When asked whether the state of emergency would be extended to other areas hit by the virus, Suga’s pragmatism surfaced, replying that he would “cooperate strongly with the regions and respond upon identifying the situation”.

This pragmatism may have to do with Suga’s ambition to protect the Japanese economy. The statesman was also reluctant to suspend the Go To Travel campaign, a fund meant to incentivise the tourism sector during the coronavirus epidemic, despite a surge in infections. The state of emergency is less restrictive than a lockdown. It simply enables local governments to urge food and drink facilities, as well as department stores and entertainment facilities to shorten their operating hours, and to ask people to telework and stay at home as much as possible. Given its nature, it is remarkable that a state of emergency was not announced as soon as the sudden rise in infections was detected. On 13 January 2021, Suga declared that the state of emergency would be expanded to Tochigi, Osaka, Hyogo, Kyoto, Gifu, Aichi and Fukuoka.

Yu Uchiyama, a professor at the University of Tokyo, agreed that the government’s response was too slow and noted that Suga “may have paid too much attention to the economy.” Japan has been struck by a stagnant economy for the past few decades, and it was expected that Suga would focus on revitalising the economy during his first term as a Prime Minister. However, it could not have been foreseen how invested he would be, with some even describing him as being obsessed with the economy.

Are the Games On?

On 7 January 2021, the day marking the highest number of daily coronavirus infections Japan had seen up to that point (7563), Suga made the bold pledge to improve the coronavirus situation within one month. On the same day, Suga reconfirmed his resolve to hold the Tokyo Summer Olympics starting in July 2021, regarding the Games as “a proof of human victory against the coronavirus”. This will be a challenge, as vaccination in Japan will start at the earliest by the end of February 2021. Meanwhile, Richard Pound, a Canadian senior IOC member has expressed his doubts on whether the Olympics will be able to go ahead as planned. Furthermore, big name athletes are pondering whether the Games will go ahead, and if so, whether they will and should participate in them.

Suga’s claims about the Olympics contrast to public opinion, with an NHK poll from December 2020 showing that a majority of the Japanese people would prefer to have the Olympics postponed (31%) or even cancelled (32%). A more recent Kyodo poll saw those numbers rise to 44.8% and 35.3% respectively, meaning that 80% of its participants did not want the Tokyo Olympics to take place as foreseen in the summer of 2021. Adding to this, the budget for the Olympics has been further raised due to the delay, making them the most expensive Summer Olympics on record. This contrasts with the fact that most of the funding for the Olympics is public money (officially about USD 8.7 billion, but in reality likely to be a lot more).

Before becoming Prime Minister of Japan, Suga promised a continuation of Abe’s foreign policies. In his opening speech at Japan’s yearly Ordinary Diet Session (where the national budget and proposed legislation are discussed) starting on 18 January 2021, the statesman elaborated on his foreign policy vision.

Suga’s vision is that of a “unified world” and of multilateralism. The Free and Open Indo-Pacific (FOIP) concept remains central to Japan’s foreign policy and with this in mind, Suga expressed his intention to further strengthen cooperation with the United States, Europe, ASEAN countries, Australia, and India.

Relations with South Korea remain tense and have even deteriorated over the last months due to issues relating to events dating back to the Second World War, such as “comfort women” (forced prostitution) and forced labour. Suga noted the “extremely severe situation” of their bilateral relations. With this in mind, the PM urged the government of the Republic of Korea (ROK) to take “appropriate actions”.

Relations with China have also been tense, especially in view of the Senkaku/Diaoyu Islands dispute. Yet, Suga described stable Japan-China relations as important for the international community. He claimed that Japan will cooperate with China to resolve their common issues, and also asked the government to take concrete actions. On the other hand, Suga asserted that economic security laws would be enacted to counter the “improper use and possession of national land”, alluding to the island dispute with China.

A major development for Suga was his decision for Japan to aim at net-zero emissions by 2050. In December 2020, the Japanese government has implemented its Green Growth Strategy, aiming mainly at increasing renewable energy and eliminating gasoline-powered vehicles by the mid 2030s. Suga has also announced a JPY 2 trillion fund to support technological development, expand renewable energy and promote ecological businesses.

Furthermore, with digitalisation seen as one of his signature policies, Suga has promised reforms and the launch of a digital transformation agency by September 2021. The PM sees both digitalisation and green technology as drivers of economic growth and has sworn to continue the deployment of growth-oriented policies.

In the run-up to the Japanese elections later this year, Suga still has time to turn the tide by showing strong leadership, guiding the country out of the public health crisis. The Prime Minister has promised not to call a snap election before the spread of the coronavirus could be completely prevented. As demonstrated by the Science Council incident and his resoluteness to host the Tokyo Olympics, Suga already has a record of decision making that the public seems to oppose. To increase his chances of being re-elected, it would therefore arguably be beneficial to attach more importance to public opinion.

It is safe to conclude that Suga is not simply an Abe substitute. Despite continuing certain Abe policies, most notably his “Abenomics” approach to managing the Japanese economy, the new PM has made several noteworthy and distinctive decisions. As such it has become clear that the head of state has an agenda of his own to tend to. Yet, in order to stay in power he will need to handle the pandemic with care and win over public support again throughout the course of the next few months.