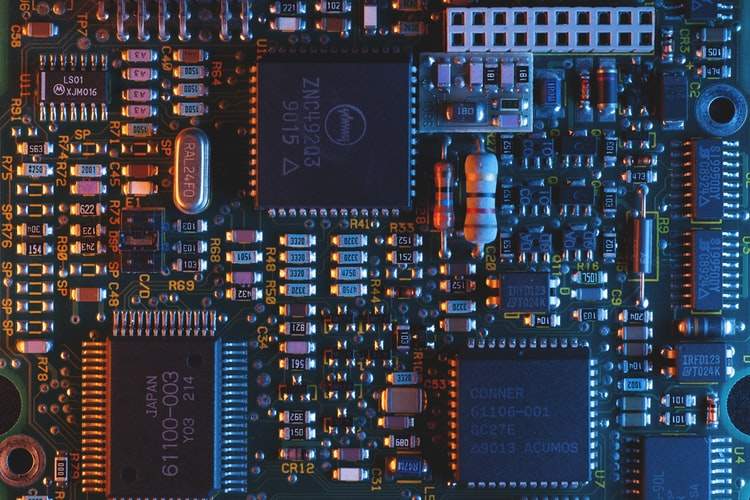 A Taiwanese perspective on the Semiconductor Industry: Maintaining the Competitive Edge

Holding a near monopoly in semiconductor manufacturing, Taiwan should seek to sustain the global supply chain and maintain its “silicon shield”. In particular by expanding its outreach abroad through cooperation with other partners such as the EU.

Semiconductors or so-called ‘chips’, the materials between conductors and insulators, have become an indispensable material for nearly all electronic products in our daily life. They are not only vital to everyday domestic electronic devices, but also an essential component of national security products, such as fighter jets. In this respect, Taiwan finds itself in a key position, as it holds a near monopoly in semiconductor manufacturing. Among its producers, the Taiwan Semiconductor Manufacturing Company (TSMC) is the most important one. However, the semiconductor shortages that emerged during the COVID-19 pandemic have highlighted Taiwan’s crucial position and the vulnerability of the global semiconductor supply chain. As a result, some countries have attempted to develop their own semiconductor technology or invited TSMC to set up an overseas foundry, which could hardly be considered to contribute to the strengthening of Taiwan’s geopolitical position in the global semiconductor supply chain. In response, Taiwan should seek to sustain the global supply chain and maintain its “silicon shield” while lowering its reliance on China and the US by expanding its outreach abroad through other partners such as the EU.

At the foundation of today’s technology, semiconductors have been regarded as the “new oil” of the 21st century. Omnipresent in our daily life (ranging from mobile phones, to cars and fighter jets), the semiconductor industry is becoming a crucial element of national security, moving beyond matters related to global trade.

Taiwan holds a near monopoly in this security-related product. Responsible for 63% of global semiconductor market share, Taiwan lies at the heart of the semiconductor industry, reaching an output value of 3 trillion NTD in 2020 (107.53 billion USD). As a world leader in semiconductor manufacturing, the Taiwan Semiconductor Manufacturing Company (臺灣積體電路製造公司,TSMC) accounts for 54% of the global semiconductor market share. The demand for the chips below 10 nm (the most advanced chips available thus far) is towering and is estimated to become the largest portion of monthly installed capacity share in 2024. Currently, in the global market of chips below 10 nanometers, TSMC is the major supplier (accounting for 84% of the pure foundry revenue in 2020). The only competitor producing chips below 10 nm is Samsung of South Korea with a 14% of pure foundry revenue in 2020. So far, the major clients of TSMC, such as China and the US, do not have the capacity to produce their own advanced semiconductors. As a result, Taiwan has become an indispensable link in the global production of semiconductors.

The geopolitical significance of semiconductors can best be illustrated by a quote from Martijn Rasser, a senior fellow at the Center for a New American Security: “Whoever controls the design and production of these microchips, they will set the course for the 21st century.” As the primary semiconductor supplier to the US and China, Taiwan’s semiconductor industry plays a vital role on the global scene from a geopolitical perspective. Up to 90% of the semiconductors applied by US technological companies – including Apple, Nvidia, and Qualcomm – rely on Taiwanese manufacturing. According to estimations by the US Semiconductor Industry Association, a complete disruption of the global semiconductor supply chain would cause a 490 billion USD annual loss in revenue for global electronic device producers worldwide. Therefore, in order to secure the supply of semiconductors, the US has a growing incentive to safeguard Taiwan’s status and prevent heavy economic and political costs to be borne by the US and the rest of the world.

Furthermore, China’s reliance on Taiwan’s semiconductor industry may have China think twice and refrain from using military force against Taiwan in the short term. Taiwan’s outsized influence can serve as a “silicon shield”, as coined by Craig Addison in Silicon Shield: Taiwan’s Protection Against Chinese Attack. In it, Addison claims that the rising importance of Taiwan in the global semiconductor supply chain may deter China from military action in the near future. To maintain this “shield”, Taiwan would need to stay ahead of its competitors, to keep its indispensable position in the global semiconductor supply chain and preserve its competitive advantage.

In particular, Taiwan’s geopolitical significance has been highlighted during the semiconductor shortage caused by the outbreak of the COVID-19 pandemic. In a letter to Mei Hua Wang (Taiwan’s Minister of Economy) in February 2021, Peter Altmaier (Germany’s Minister of Economy) urged Taiwan to boost its production of semiconductors, emphasising the severe consequences faced by the German automotive industry due to the scarcity of these components.

However, the shortage also reminded the world that the monopoly position of Taiwan places the global semiconductor supply chain at risk. Almost 75% of the global semiconductor manufacturing capacity is concentrated in East Asia. Furthermore, Taiwan’s trading structure and geography pose further uncertainty to the global supply chain. Not only because of its frequent natural disasters and tense international geopolitical position, but also its overreliance on trade with China. The asymmetric trade dependence with China places Taiwan in an especially vulnerable position. China is currently Taiwan’s largest trading partner, while Taiwan ranks only as China’s 10th. In 2020 , Taiwan’s exports to China accounted for 43.9 % of Taiwan’s exports (including Hong Kong). The asymmetry of trading between the two underlines Taiwan’s economic reliance on China, which may become a looming threat to Taiwan’s economy as well as the semiconductor industry.

Furthermore, Taiwan also relies heavily on the import of semiconductor equipment from Japan (1st) and the US (2 nd), which cost Taiwan  18.3 billion USD  in 2020 (January to October), accounting for 6.3% of Taiwan’s total imports. The considerable demand of semiconductor equipment demonstrates Taiwan’s deep interdependence with the global supply chain, which increases its fragility.

Given the uncertainty in the global semiconductor supply chain, some countries, such as the US, are concerned that the world’s dependence on Taiwan for semiconductors has become precarious. Countries are trying to secure a sustainable supply of semiconductors by developing their own semiconductor technology or inviting  TSMC to set up an overseas foundry. Yet, developing countries’ own technology would make Taiwan’s semiconductor companies face a more competitive global market, which would make it even harder for Taiwan to preserve its technology advance and maintain its silicon shield.

Setting up an overseas foundry is not an attractive option for Taiwan semiconductor companies. In response to many countries’ invitations, they have shown a relatively reluctant attitude to expand their overseas foundries.  Due to the high costs and strategic concerns, more than 90% of the investment fund for Taiwanese semiconductor companies is used for local investment. Morris Chang, the founder of TSMC, expressed his concern that the success of TSMC is hard to be replicated, even in the newly established TSMC plant in Arizona (US) since the core competitiveness of Taiwan’s semiconductor industry is the industry cluster in Hsinchu Science Park (新竹科學園區). Without the cluster, establishing a foundry in the US is estimated to be 6 times more costly than for the previously constructed plants in Taiwan. Furthermore, Taiwan has an abundance of highly skilled and specialized workers with experience in the semiconductor manufacturing industry – often working long hours. In contrast, in the US it is barely possible to recruit an equally qualified and experienced workforce at the same cost as in Taiwan. Nowadays, the US only accounts for 12% of global chip production. To operate the plants in the US, TSMC needs to bring in Taiwanese senior engineers, as well as move the IC manufacturing chain to the US, bearing the risk of the advanced technology of TSMC leaking out. Apart from economic concerns, TSMC can no longer hold a neutral position as it used to, amidst the technology war between the US and China. Under the US’s export control to limit Chinese access to semiconductor technology, establishing the plants in the US would imply that TSMC would need to halt its export to China, leading to a loss of 20% of TSMC’s annual revenue.

Facing the global trend of chip onshore production, TSMC founder Morris Chang warned that self-sufficient semiconductor production is impractical, as it would raise the cost and hinder technology to advance. Instead, a better approach would be to develop a more sustainable supply chain. Rather than establishing foundries overseas, facilitating countries to construct their self-supply chain, Taiwan should expand and diversify its partnerships to strengthen its connectivity in the semiconductor industry. For Taiwan, stuck in the battle between the US and China, the EU could be a good partner to keep its neutral position in the global semiconductor market, while at the same time making the semiconductor supply chain more resilient. On the other hand, cooperation with Taiwan could benefit the EU by promoting the EU’s  “strategy autonomy”.

The idea of  “strategic autonomy.” has first been proposed in 2013 by the European Council, which has evolved towards an “open strategy autonomy”. It emphasizes the concepts of geostrategy and security, while maintaining its openness to free trade. Since the EU has the smallest capacity of wafer manufacturing, having a monopoly in edge-cutting fabs, Taiwan could satisfy the EU’s growing demand for advanced chips. Over the past few years, the EU has shown its willingness to cooperate with Taiwan in this field. According to the European Commission’s update to the 2020 EU’s Industrial Strategy, the EU aims at diversifying the production and supply chain in six sectors, the semiconductors sector being one of them. Taiwan is also a close trading partner for the EU, as it was the EU’s 14th largest trading partner in 2020, and Taiwan’s investments in the EU’s semiconductor industry have already exceeded 4.35 billion EUR. Mr Grzegorzewski – Head of the European Economic and Trade Office in Taiwan – contended “more of Taiwan in Europe”, urging Taiwan to invest more in semiconductor manufacturing to boost the semiconductor industry of both parties.

In the beginning of August 2021, TSMC expressed its intention to establish its first European semiconductor foundry. Further possible cooperation in the semiconductor sector could mutually benefit both parties, not only in economic but also in geopolitical terms. Taiwan’s semiconductor manufacturing industry can benefit from the EU’s strong innovative research environment and supply of manufacturing equipment. With the semiconductor equipment provided by the EU, Taiwan can address its overreliance on trading with China. Meanwhile, the EU can equally become less dependent on the US and China, realizing its strategic autonomy. Such cooperation could also strengthen Taiwan’s geopolitical position. In the long run, increased cooperation can, in turn, boost further trade initiatives and the proceedings of a potential Taiwan-EU Bilateral Investment Agreement (BIA), as well as to establish an EU-Taiwan dialogue on semiconductors.
Setting up a TSMC plant in the EU also has its challenges, as Europe lacks the required wafer manufacturing capacity and cutting-edge chip design. Also, the future European plant would run into the same problems as US plants, including high labour costs and technology transfer concerns. Overcoming these challenges will be one of the crucial upcoming challenges facing future EU-Taiwan cooperation in the semiconductor sector. Nevertheless, their complementarity could mitigate the EU’s urgent shortage of semiconductors and help realize its strategic autonomy. With the supplement of EU semiconductor equipment, Taiwan could decrease the uncertainty factor in its international trade relations. Strengthening the connectivity of its semiconductor industry with the EU holds the potential for Taiwan to safeguard its role in the global semiconductor supply chain, while maintaining its vital silicon shield.