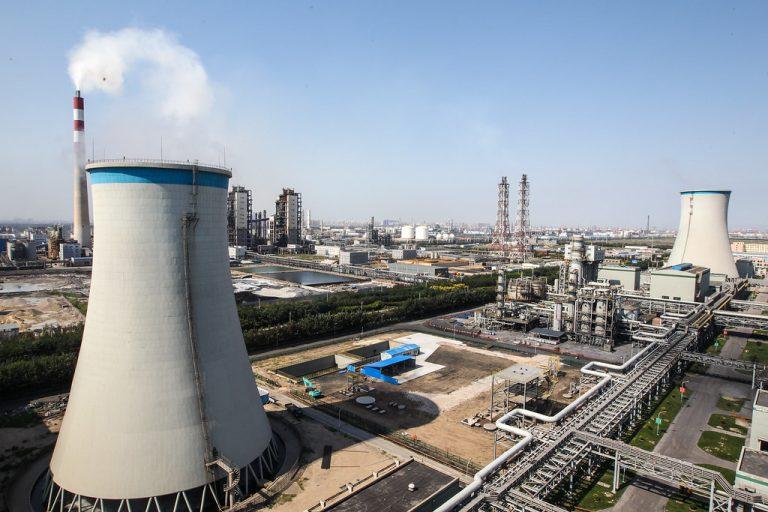 A Green Sino-European focus in the aftermath of Covid-19

Ever since the start of the Covid-19 outbreak, China has had a different approach than the European Union (EU) on how to combat the virus. As the EU is an economic and political union, health protection and healthcare systems are a responsibility of the EU Member States. Therefore, slightly different approaches in fighting the virus were observed between the Member States. Most European countries chose to combat the virus with a full or partial lockdown and social distancing. China, however, applied a slightly distinctive approach and even locked down entire cities or regions. China also used technology to track its citizens, for example by implementing voluntary tracking apps and enabling citizens to declare their identity in public places by checking in with a specific app. The overall emphasis on overcoming the virus and continuing the economic governance as before the pandemic has shifted the priority of debating climate change to fighting Covid-19. Whether or not global climate remedies will be shuffled under the carpet due to the pandemic is a valid question to ask at this point, as 2020 had been declared to be the year that should have been all about climate, with countries due to return to the negotiating table to discuss new carbon-cutting targets.

The EU is one of the leading major economies as regards reducing greenhouse gasses (GHG). The EU approach has been very clear. It pursues its goals as outlined in the Green Deal, which has been published in December 2019, setting out a variety of measures to stimulate the reduction of GHGs. In a meeting in the European Parliament’s committee on Environment, Public health, and Food Safety (ENVI) on 21 April 2020, the Executive Vice-President of the European Commission, Frans Timmermans, highlighted that the Green Deal is not a luxury. Timmermans asserted that the Green Deal can serve as a lifeline and way out of the Covid-19 crisis. According to Timmermans, a Pan-European approach for a green post-Covid-19 recovery is not only possible, but even crucial. If not, the EU would lose out twice if it would mobilise investment to restore the economy as it were, without making it greener and more sustainable. The European Parliament insists on the principle that climate action and greening the economy is at the core of the post-pandemic recovery. Hence, the unilateral prioritization of fighting climate change is undisputed.

China’s first national strategic climate goals were based on low carbon development and were sent as an Intended Nationally Determined Contribution (INDC) to the United Nation’s Framework Convention on Climate Change (UNFCCC) in June 2015. China’s INDC most important declaration in fighting climate change was to shift towards 20% of its primary energy sources being non-fossil, by 2030, focusing on renewable energy sources and nuclear energy. In 2018, China had already met one third of these goals.

During the Chinese National People’s Congress of 22 March 2020 Premier Li Keqiang stated that: “We have not set a specific target for economic growth this year.’’ Premier Li added that this statement was made as China is facing ‘’some factors that are difficult to predict’’ in the aftermath of Covid-19 and that many uncertainties regarding world trade and economic environment will remain for the coming time.

This has been raising concerns, as no specific GDP target offers incentives for investing in energy intensive infrastructure. As there was no specific reference to aspects of green development during this national congress, scepticism on whether China will still be prioritizing its climate goals in 2020 is in place. Furthermore, China has permitted five coal-fired power plants for construction in March of this year.

If the shifting focus from climate change onto fighting Covid-19 disperses the Sino-European collaboration regarding collectively fighting climate change, the conundrum is not answered by this. Pursuing a green agenda is not merely enough anymore, as there are more relevant factors to consider than just looking at the current attitudes towards the idea of it. Bilateral projects in fighting climate change will only be launched when mutually beneficial effects are attained in executing them. Fighting climate change should be considered being an effect with mutual interest, but economic recovery in a post-pandemic era could easily turn the balance against this aspect.

Therefore, ongoing projects and mutual views on current and future projects are a second indicator of both parties’ benevolence. At this point there is no indication of the EU or China to reconsider the commitments made at the 21st EU-China summit in April 2019 in the EU-China joint Statement on Climate Change. Yet, China is increasingly focusing on investments related to the use of fossil fuels, and the usage of coal in specific. The economic setback caused by the Covid-19 crisis could amplify its attitude in attaining a swift economic recovery.

The Chinese Ministry of Ecology and Environment (MEE) is currently constructing the climate-related clauses of the upcoming 14th 5-year-plan (FYP). Following the recent statements made by Li Keqiang, China’s attitude towards the usage of fossil fuels in for example BRI projects, and a flattening of the curve in transitioning towards a green economy will still make it possible to meet the 2015 INDC objectives. However, the green post-pandemic recovery requires global solutions and it is not clear whether China is going to pursue its green agenda as before. It is clear though that the EU will need to be placing itself at the centre of the fight, while it depends on the outcome of the 14th FYP, whether China will decide to do the same. The FYP is expected to be approved in early 2021 and will provide clarity on China’s post-Covid-19 take on climate affairs. Depending on its outcome, the question is whether there will be room for new Sino-European projects to combat climate change. It may be less black and coal-like, but not necessarily a lot greener.

To warrant the climate accomplishments that the EU and China have already made regarding reducing GHGs, and investing in renewable energy sources, China should be encouraged not to fall back towards increasing its coal consumption. The under-use of coal capacity in already existing Chinese coal-powered plants could form a strong bargaining tool for the EU, in convincing China of making the right choices for the FYP energy-related clause. The aftermath of the pandemic should be used as a chance to demonstrate global leadership by forming one front with the EU-policy on fighting climate change, and flagging the line of achievements as mentioned in the INDC could be a huge missed opportunity for China in terms of asserting itself as a responsible and cooperative global power.

The EU should encourage China to cooperate and reinforce technical dialogues between the EU and China. The MME is ought to face that the climate and energy related clauses of the 14th FYP are of immense value for China, as otherwise it would wave away its entitlement on being a progressive climate preserving world power.

To keep up with the ambitious determination of the EU climate goals, in view of the long-term GHGs emission transition and other climate policy frameworks, China is not expected to keep its focus on the continuation of coal-intensive power generation. Adversely, China is not easily converging with the EU as there are stronger ties with other parts of the world. As economic advantages play an important role, the chance of collectively fighting climate change, on a level as where the EU is holding itself to with its Paris agreement stays fairly questionable.

In general, the most important statement is that also when it comes down to climate-related incentives, a sordid Chinese environment, is in the first place harmful to China.