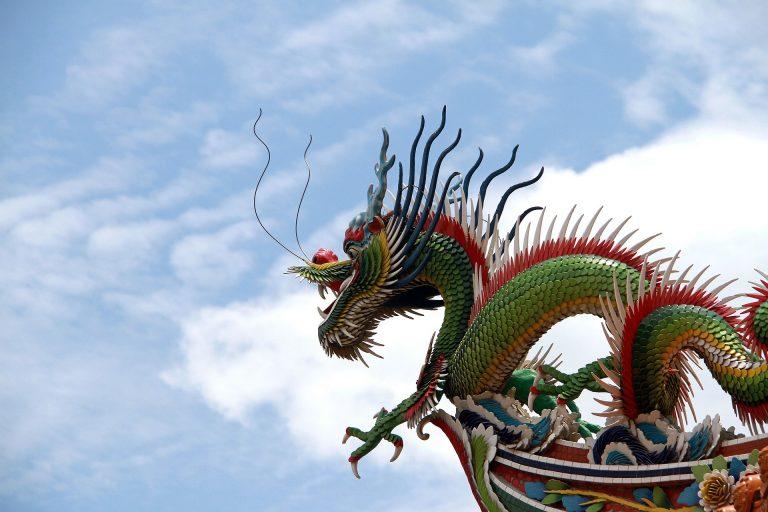 A Dragon in a China Shop: Why China Should Abandon 17+1

During the eighth China-CEEC leaders’ meeting in April 2019, Greek Prime Minister Alexis Tsipras upgraded the cooperation mechanism between China and Central and Eastern European countries (CEE), known previously as the 16+1 initiative, to 17+1, as Greece joined as a fully-fledged member. The initiative itself serves as the formalisation of China’s strategy for securing and bolstering commercial trade routes, and relinquishing it may seem counterproductive at first. But after seven years, the format seems to pose obstacles to advancing China’s interests and has arguably obstructed the relationship between China and Eastern Europe, and even more so the relationship between China and the European Union.

China’s approach to CEE is multifaceted. With cooperation taking place simultaneously through three different avenues – the national capitals, the 17+1 format, and the EU – it is no surprise that Chinese foreign policy has diversified the channels through which it concludes dialogue with the CEE, given the heterogeneity of the region. Bilateral relations with the individual members are necessary, considering the number of participants in 17+1, with economic development and political culture varying greatly.

With the exception of the landmark project of 17+1, the Budapest–Belgrade railway, the most significant deals in terms of investments and infrastructure projects have been agreed upon on bilateral terms between China and individual states, rather than through the 17+1 platform. Negotiations for these have often taken place either between a host government and the Chinese government, or a host government and Chinese enterprises. Ultimately, 17+1 doesn’t appear to be helping the advancement of Beijing’s interests, as China cannot apply a one-size-fits-all style of negotiation to all 17 members. Moreover, Chinese projects in the CEE do not need to fall under the umbrella of the format in order to be realised. These two considerations, combined with the challenges the format is facing internally, create a paradox, as the format is still undoubtedly championed by China.

The main expectations of 17+1 amongst CEE countries were reduced trade deficits and increased investment flows from China. Not only has this process been slow, but it has also been ineffective, with trade deficits hitting record lows. Investments also proved problematic as there have been no tangible results in terms of expanded market access, and mergers and acquisitions prevailed over greenfield investments. Undoubtedly, there have been major investments, but they have been concentrated in a minority of the 17 members, which has estranged cooperation efforts further. Though countries may push back against China for now, it is still unclear whether this will also lead them to limit their broader economic relationship with Beijing. What is sure is that China no longer enjoys the warm reception it did back in 2012.

As for Brussels, while in the early years of 16+1 it observed developments taking place quietly, more recently, the atmosphere surrounding the EU-China relationship is one of increased hostility. In April 2019, China was identified as a “strategic rival” in a joint communication between the European Parliament and the European Commission. Before that, in February 2019, the EU voted in favor of a new law that would screen foreign investments into EU countries, allowing Brussels to dictate whether they may harm the national security or economic interests of the member states. Anticipated impacts include increased sensitivity and scrutiny towards Chinese takeovers, higher transaction costs due to the new screening procedures, and larger uncertainty around FDI deals, which may discourage Chinese investors. As 17+1 progresses, the EU is increasingly starting to voice its concerns and act upon them. The EU may not be cohesive in its foreign policy approach, but that does not equate to Brussels being toothless when it comes to protecting its strategic interests in critical infrastructure and technologies.

Respectively, one can see that China is breaking under the pressure in an attempt to ease diplomatic tensions with Brussels. This started during the Sofia Summit in 2018, when Prime Minister Li Keqiang changed his tone, repeatedly stressing the importance of the EU-China relationship and assigning a minor role to the CEE region. Following the Dubrovnik summit, Greece’s newly acquired membership made headlines, overshadowing the arguably more important feature of this year’s summit – the synchronisation of the 17+1 dialogue with the EU.

Тhe EU not only took a more active role during the last summit by aiding the negotiation of documents between China and CEE states, but it also secured itself an important role in future negotiations. Issues that fall under EU competences such as transport, trade, and investment, are to be conducted under the mechanisms of the EU-China Dialogue for the 12 EU member states involved in 17+1. But can 17+1 bend without breaking? By integrating it within the EU-China Dialogue structure, the format is losing its primary objective, namely cooperation between Eastern Europe and China. Accommodating the EU’s supervision has a patronising aspect and diminishes the autonomy of the CEE, denying the geopolitical agency of the countries. China’s aim is to quell worries in Brussels through the Europeanisation of the forum, and to ultimately solidify 17+1’s standing and legitimacy. From a pragmatic perspective however, this may backfire and work against Chinese interests as negotiations will become more robust and closely inspected.

This corresponds to the general discontent the EU has demonstrated with regards to the ambiguity of Chinese investment procedures. To counter these destabilising, negative perceptions of 17+1, a fundamental change is required on behalf of Beijing. Essentially, to escape the narrative of predatory financing, Chinese projects should be based not only on Chinese interests such as infrastructure development, but aim to respond to needs of the host states through considering industrial capacity building and increasing the local labour force employment. Such demands are unlikely to be fulfilled, as the inertia of the Chinese business model is evident – China has transferred its debt-based model for infrastructure development from developing countries to the CEE region and it has worked rather effectively so far. This leaves the 17+1 in a state of a limbo – on one hand under the umbrella of EU rules and supervision, on the other engaging with allegedly troublesome practices.

Despite the key role played by regional forums in restructuring global governance – a priority for China’s diplomacy – the Chinese government’s approach to the addressing the vulnerabilities of regional groupings has been fractured. It adapts strategies to address challenges and external criticism, seemingly without any consideration of any larger strategic agenda. Whether the goal is to weaken the EU or to cooperate with Brussels, 17+1 plays a fundamental role in China’s strategy and Beijing has to recognise the format’s limitations. The Europeanisation of 17+1 may be costly, but so will be maintaining the status quo. Having flexible, multipolar cooperation proved to be stagnant and insufficient to develop an integrated community with common objectives. With the risk of exaggerating, in the long-term, China risks replicating the EU’s major flaws within 17+1 – developing a format with an identity crisis, that struggles to formulate coherent policies, and that is eventually downgraded to a talk shop.

Unless the host of challenges 17+1 is facing are addressed, Beijing will find itself in the perilous situation of having a damaged reputation, unreturned invested capital, and having antagonised strategic partners. Having exhausted the options of maintaining the status quo and Europeanising the forum, China should reconsider the value of 17+1 and the possibility of disengagement. What is left on the table is the alternative of negotiating with the 17 members on an individual bilateral level. Not much will change in terms of levels of cooperation, as the forum already resembles a regional mechanism masking a series of bilateral relationships, rather than a regional forum. The façade of an integrated community will be demolished, making space for bilateral cooperation, where China has the advantage of negotiating its interests from a position of greater leverage.