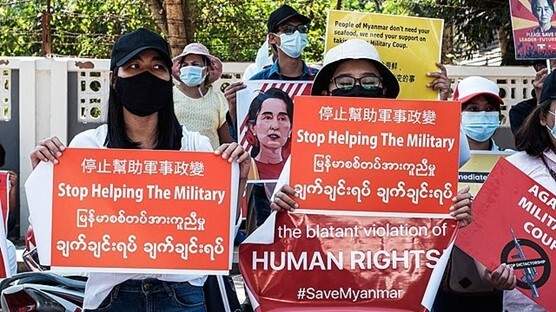 Uncertainty Looming over EU Investments in Myanmar Amid Political Crisis

More than half a year has passed since the military coup in Myanmar by the Tatmadaw. This has put an end to a decade-long period of democratic transitioning, which started in 2011 under Prime Minister U Thein Sein (Hlaing 2016). In October 2021, eight months after the coup, the situation in Myanmar is still far from stable.

The US, UK and EU restrained their actions in regards to the coup and have mainly applied restrictive measures in the form of sanctions on Myanmar. Since 2011, the EU has been investing significantly in the country. Given the EU’s prior trade and investment engagements, as well as its focus on democratic reforms, what is at stake for the EU in the country and what future can there be for EU companies in Myanmar?

This EIAS Policy Brief will further examine the economic consequences for EU businesses in Myanmar. The first part focuses on the development of EU-Myanmar relations, while the second part provides an overview of the EU’s investments in the country’s economy and democracy-building. Finally, it briefly assesses the post-coup situation, adding concluding remarks on the future of EU businesses in Myanmar.