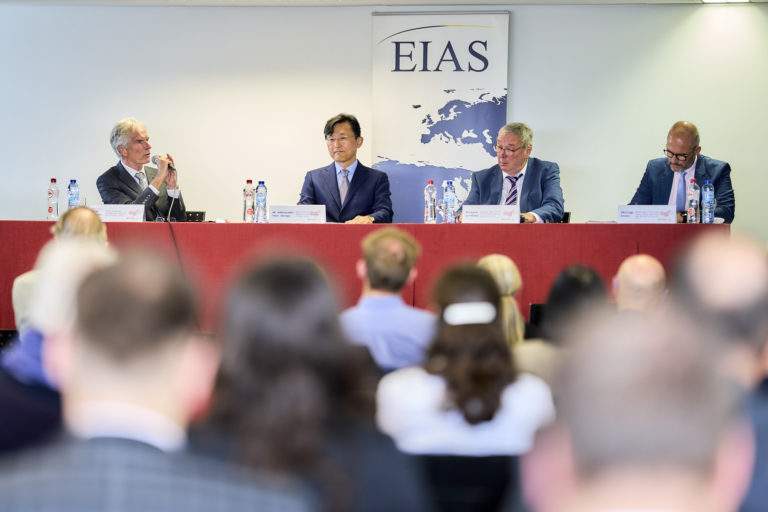 The Antall József Knowledge Centre in cooperation with the European Institute for Asian Studies organised a conference on the changing geopolitical and geo-economic dynamics in East Asia.

Due to the improvement of the standard of living, its economic stature, and the impressive demographic trends in the region, East Asia is projected to see its importance rise even further in the 21st century. The three core economies in the region, namely China, Japan, and South Korea are in a constant tug-of-war to increase their influence regionally and globally.

However, while China has gradually become one of the most prominent global actors, the comparative significance of Japan and South Korea started to decrease in the last decades. Consequently, the balance of power in East Asia has been shaken. Based on these factors, the conference focuses on the geopolitical and geo-economic dimensions of the changing dynamics of East Asia in the upcoming decades. The first panel shed light on the impact of the changing regional landscape on the three traditional East Asian powers, while the second panel focused on the European Union’s perspective on the issue.

2:10pm – 2:55pm Panel I. The China–Japan–South-Korea Triangle in an Increasingly Competitive East Asian Arena
As China gradually asserts its geopolitical and geo-economic interests, Japan and South Korea also have to find a way to keep a steady pace in one of the world’s most competitive economic structures. However, besides regional rivalry, integration frameworks also must be kept in mind to satisfy the increasing East Asian economic interests. During the panel discussion, the questions will focus on how the three countries are maneuvering in an increasingly competitive East Asia and how they are contributing to the rise of the region as a whole. At the same time, the panel discussion seeks to examine the challenges these countries face, be it at the regional level or on the global stage.

3:15pm – 4:00pm Panel II. How the European Union May Adapt to the Changing
Dynamics in East Asia?
With the rapid expansion of bilateral commercial relations during the past couple of decades, the three core East Asian countries have gradually become an important piece of the puzzle for the European Union’s economic interests. The shifting structures of the East Asian economies, however, lead the EU to take on a different approach. How can the EU adapt to the shifting regional supply chains? How can it maintain its negotiating capacity with traditional East Asian partners while developing effective economic and political relationships with new actors? And most importantly, how can the EU benefit from the ongoing changes?

TO THE EVENT PAGE
Share on FacebookShare on TwitterShare on Linkedin