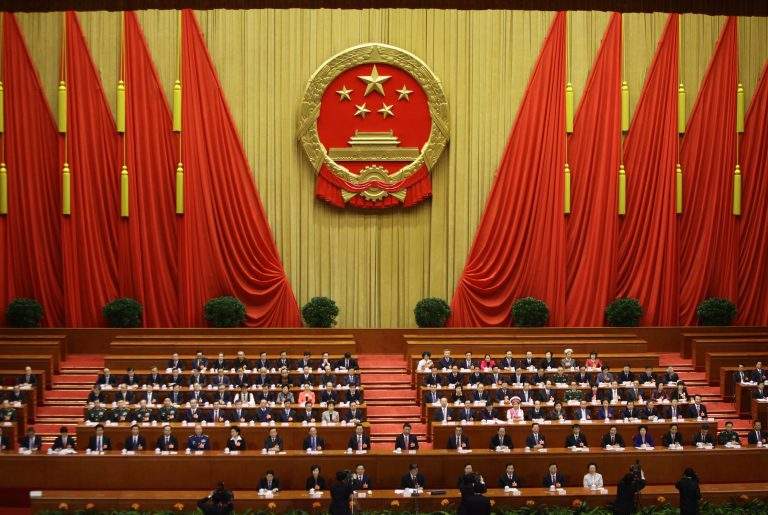 The 14th Five-Year Plan: a high-speed roadmap for China

While the media spotlights were set on the 2020 US elections, the fifth Plenum of the 19th Central Committee of the Chinese Communist Party (CCP) was held in Beijing from 26 to 29 October 2020. This event has a tremendous significance not only in Chinese domestic policy, but also for its resonance with the rest of the world. On top of the Plenum’s agenda were the evaluation of the results of China’s previous five-year plan and the elaboration of the 14th five-year plan to be followed in the next five years (2021-2025). As released in an official communiqué, the plan aims to increase the country’s economic and social development. The draft will be formally approved in March 2021 during the plenary session of the National People Congress.

Assessing the results of the 13thfive-year plan, President Xi Jinping triumphantly stated that all the goals “are about to be completed and that the great rejuvenation of the Chinese nation (中华民族伟大复兴) has taken a new step forward”. China succeeded in becoming a moderately prosperous society, with  its GDP worth RMB 100 trillion in 2020 (USD 14.3 trillion). In addition, 56 million rural people are estimated to have been lifted out of poverty, more than 60 million new jobs have been created in urban areas and basic medical insurance and pension support have been successfully granted to 1 billion Chinese people.

Despite having met many of its individual targets, the Center for Strategic & International Studies (CSIS) reveals in its assessment of the 13th five-year plan two targets, related to the economic share of services and Research and Development (R&D), unlikely to be met by the end of the year 2020 . The first target shows a lower growth in services than expected, indicating a failing rise in domestic consumption. Transitioning from an investment-led growth model to a consumption-led economy, China still seems to have a long way to go, to which the outbreak of the COVID-19 pandemic certainly did not help. The second target marks a hampering transition from low-value economic activity to a high-value production. For this reason, the new goals and strategies set by the 14th five-year plan (FYP) in order to avoid the middle-income trap are particularly interesting to observe.

The three-day-long Plenum highlighted the challenges China will need to address in order to obtain its goal to become a “modern socialist country” by 2035, both at the national and international level. As mentioned above, despite previous stimulus, China’s stagnating domestic growth is perceived by the CCP as its most prominent challenge, especially in addressing the economic and social divide between the Middle Kingdom’s rural and urban areas. Secondly, the Plenum acknowledged the need for ecological and environmental protection to be reinforced. The answers provided by the 14th FYP to address these concerns offer limited novelty and persist with strengthening China’s domestic economy through quality improvement and enhancing productivity. The proposal stresses the PRC’s need to obtain technological independence, to upgrade its economy, focusing on manufacturing, cyber and digital development, as well as to raise China’s global competitiveness.

As was the case for the 13th FYP, the new plan includes separate economic initiatives. Specifically, the two concepts that recur the most in the formulation of the 14th FYP are dual circulation (双循环) and Vision 2035 (2035年远景目标). The dual circulation narrative was first unveiled by President Xi Jinping during a Politburo meeting in May 2020 and  introduces a strategy to foster economic development based on internal market expansion and less on global integration. In the next five years, Beijing is hinging its development on inner circulation in terms of production, distribution and consumption, trying to decrease its dependency on foreign markets and technologies. The increasing hostility of the US towards Chinese high-tech companies, such as Huawei and ByteDance, have surely represented a strong impulse to the elaboration of the new strategy. Moreover, since the White House ban on access to computer chips and high-tech components in the US, Beijing’s “core priority” is to strengthen its technology and innovation sector with respect to semiconductors, telecommunication, big data and Artificial Intelligence (AI). Science and technology independence is the PRC’s new strategic pillar for national development. For this reason, it is fair to expect a consistent increase in domestic R&D’s expense, taken into account the National Medium and Long-term Science and Technology Development Outline 2021-2035, to be announced in early 2021.

Vision2035 is, instead, China’s medium-term strategy for the next 15 years, which aims to play a pivotal-role in defining global standards for the next generation of technologies. It is functional to the achievement of a “technological autarchy” and the status of “modern socialist country” (现代社会主义国家) by 2035. This entails that China is to gradually abandon its status of developing country by 2035. The strategy’s details are still scant but Xi Jinping seems to effectively pursue the so-called “Chinese dream” (中国梦), or Rejuvenation of the Chinese nation. According to the communiqué, China is to achieve “the level of moderately developed countries” in 15 years. This means that China’s per capita gross domestic product (GDP) should reach the bar of USD 30.000 to meet the standard of Western countries such Italy and Spain, as reported by Nikkei Asia. In 2019, however, the World Bank estimated the Chinese per capita GDP to be approximately USD 10.261, suggesting the PRC to have set a very ambitious target for its new industrial policy.

The communiqué also proposes to give priority to the development and revitalisation of agricultural and rural areas. However, contrary to prior expectations, there is no mention of an additional liberalization of the land market, which could be instrumental in increasing rural household incomes, allowing the local population to rent out or sell their lands. Instead, the plan pledges to reduce the divide between rural and urban areas, emphasising the long-known concept of “new urbanization”. Furthermore, in terms of sustainable development, Beijing has not announced any restriction in the use of coal in the short term or presented new energy policies yet, as would have been expected after Xi Jinping’s sensational pledge of achieving carbon neutrality by 2060. So far, green development is pointed out as indispensable to build an “ecological civilization system” but no indications of specific targets have been issued to date. These are likely to be announced in sequence to the NPC’s Plenary Session in March 2021.

One of the peculiar aspects of the 14th FYP is the absence of a clear GDP target, first introduced in the 7th FYP (1986-1990) and, ever since considered the most important economic target and indicator of China’s five-year plans. The decision not to include such a target is plausibly related to China’s adjustment to the “New Normal” and the decreasing speed of the PRC’s GDP growth. The absence of this traditional economic target gives the CCP more flexibility in managing the economy. According to some analysts this could imply markets to start playing a more decisive role in the allocation of resources. Another significant change from previous plans is that no specific successor has been nominated nor introduced to take over the leadership, suggesting Xi Jinping’s likeliness to be driving China through its transformation and to remain in power for the foreseeable future. The communiqué therefore refers to Xi Jinping as “the core navigator and helmsman” (领航掌舵), reaffirming the posture and role of the Chairman with the use of an expression so far only used in reference to Mao Zedong.

Despite the Chinese focus on its internal market, the 14th FYP presents the European Union with several new opportunities and challenges. Firstly, regarding climate change and sustainable development China and the EU can work together on the implementation of the Agenda 2030 and the Paris Agreement within the UN framework. Both partners are committed to tackle climate change and accelerate the promotion of clean energies, low-carbon development and green finance as stated in their strategic plans (the 14th FYP and the European Green Deal). Recently, both have also pledged to establish carbon neutrality respectively by 2060 and 2050. The 15th meeting of the Conference of the Parties to the Convention on Biological Diversity (CBD COP15), expected to take place in the second quarter of 2021 in Kunming, and the rescheduled United Nations Framework Convention on Climate Change conference (COP26) in the UK are two international meetings to watch closely. Secondly, the Chinese willingness to get more involved in global economic institutions and to promote trade and investment liberalization and facilitation, could result in a successful cooperation with the EU to reform the World Trade Organization (WTO), and to strengthen industrial subsidies rules. Finally, China and most EU member states are facing common challenges such as aging populations and unequal development of rural areas. Enhanced cooperation in these fields and the exchange of best practices creating viable solutions to guarantee equitable living conditions and benefits to all, could serve as attainable starting points as suggested by Janne Leino.

However, there are still challenges that could harden EU-China relations. The new US President-elect Joe Biden entails a first one as he represents a good opportunity for China to stabilize its relations with the US. Yet, at the same time, it is unlikely that the established bipartisan consensus that sees China as a strategic US competitor will be altered much by this result. US-China relations are likely to remain tense and hostile, despite the room for improved dialogue between the two parties. Many Chinese experts believe that Biden may pose tougher long-term challenges to the PRC since he is better placed to “repair the bridges” with the allies, to take a multilateral approach and to build more coherent coalitions. The president-elect is likely to establish closer ties with European allies through a continued dialogue and developing a common approach on China. As a result, the EU may soon be called to take a clear position, while proceeding to protect the Union’s own interests in its relations with both China and the US.

In addition, the Chinese decision to spur domestic consumption and to concentrate on the development of its internal market portends a remote chance for a further opening-up of the Chinese economy and for the much-invoked reciprocity. According to Dr. Alicia Garcia-Herrero, chief economist for Asia Pacific at NATIXIS, the European Union should look at the Chinese self-sufficiency goal not just as an attempt to reach vertical integration, but also as a way for China to impose its own standards on the products that will rule the markets in the near future. Compared to China Manufacturing 2025, she believes Vision2035 to be a smarter industrial policy because through the setting of standards and the control of the entry points’ bottlenecks, China will work on its export machine while limiting import from abroad even more. The EU should consider the eventuality of such a scenario and act accordingly, especially in light of the EU-China Comprehensive Investment Agreement (CAI) currently under negotiation. Moreover, in the words of Mr. Bert Hofman, Professor of Practice at the Lee Kuan Yew School in Singapore, the EU should look at the current US strategy and focus all efforts on strengthening its domestic capability, investing in internal R&D. Acting this way, the EU could effectively oppose the Chinese competition and boost strong internal production in terms of innovation and hi-tech, without breaking its commitment to the market economy.

For now, the communiquè’s rhetoric of shifting towards high-quality growth remains rather vague. Clear evidence of how such priority has been on the CCP’s agenda for over five years is represented by the current national strategic plan Made in China 2025. Indeed, since its inception in 2015 this strategy has aimed to upgrade China’s industrial capabilities, turning the PRC into a technology-intensive powerhouse. With the plenary session of the National People Congress around the corner in March 2021, the world will be closely watching how the details of this high-quality development are going to be outlined and what institutions and mechanisms are to ensure the required quality standards and support China’s transition to a moderately developed country.